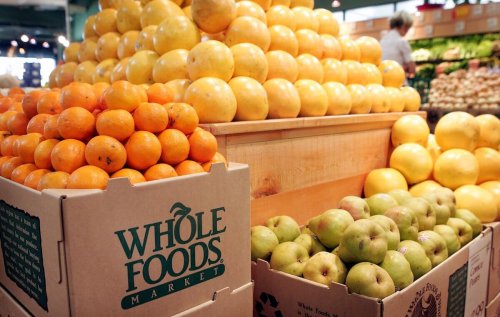 In many cities, it seems like there’s a health food store on every corner. So it’s easy to forget how groundbreaking it was when the first Whole Foods store opened in 1980. For a little context, there was only a handful of health food grocery stores in the country at the time. And they weren’t doing anything near the scale of Whole Foods.

So how did Whole Foods rise up like a kale-fueled stallion to become such a dominant force in the market? Simple. A college dropout named John Mackey discovered the value of a healthy diet, then realized there were hardly any grocery stores dedicated to such foods.

As Mackey tells it, he “grew up eating cocoa puffs for breakfast, a hamburger for lunch, and boxed macaroni and cheese for dinner.” So he knows a thing or two about processed foods.

Mackey and his then-girlfriend, Renee Lawson Hardy, came up with a plan to sell fresh food in Austin, Texas. They scrounged up $45,000 from family and friends and acquired retail space. Things were going pretty darned well for their little operation until they got kicked out of their apartment because they were using it to store some of their food products.

Since they couldn’t use their apartment as a store, they decided to use their store as an apartment. Living in the store was definitely inconvenient, since the building wasn’t zoned for residential. For example, there was no shower and they had to use a hose on the dishwasher to rinse off each morning.

A couple years down the road, Mackey and Hardy initiated the first of what would become many mergers. This helped them grow and diversify their offerings.

Of course, things weren’t always organic peaches and cream for the owners. The year after they opened the new store, a catastrophic flood hit Austin. The inventory was ruined as water levels rose and sewage gushed from overflowing pipes. Looters then came in and trashed the place, leaving destruction in their wake.

Mackey and his partners had no flood insurance, leaving them with losses totaling about $400,000. Miraculously, a small army of customers and neighbors rallied around the store and helped repair the damage. And so the little store that could was able to reopen just a month later.

In 1984, Whole Foods began to branch out of Austin. Fueled by acquisitions, new stores appeared in places like Palo Alto, Boston, Los Angeles, and Detroit. Mackey and his partners used this momentum to continue innovating through the decades – like in 2013, when they became the first retailer in America to label all genetically modified food.

Then, in 2017, Whole Foods pulled off its biggest stunt ever: selling to Amazon for $13.7 billion. The business that had survived evictions, floods, and other debacles had cemented its legacy as an American icon.

Read about Apple, Starbucks, and more in the rest of our Garage to Fortune 500 Series.