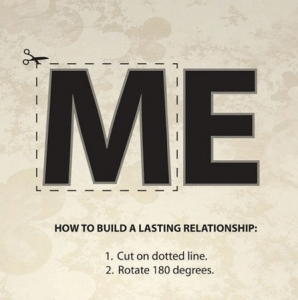 Generation Me in the Workplace? Same Story Different Decade? I’ve spent the last several years of my career working with the Millennial generation (those born between 1982 and 2000). So when I noticed Adam Grant’s blog on the Huffington Post this morning, I checked it out. It would seem, despite popular culture, the bad rap this generation takes for being “narcissistic praise hounds” (CBS News) or “cocky about their place in the world” (Time), and only interested in “wealth and fame” (USA Today), is no different from what my first bosses thought of my generation (the Baby Boomers) or the generation that came after us (Generation X).

I don’t like painting with a broad brush, and I have noticed some of Gen Y seem to really be narcissistic praise hounds who don’t have the patience or the attention span to earn all the wealth and fame they seem to think they are somehow entitled to, but I also know Boomers and Gen Xers who are the same way. It would appear, and the research seems to back it up, that the somewhat negative perception of the Millennial generation is simply the perspective of age that seems to color our perceptions about the younger generation.

At least I know my Dad’s paper route was 20 or 30 miles long and he did it all peddling a bike barefoot in the snow. He thought I was a, well, you know—and I’m a boomer—one of the supposed workhorses of today’s economy according to some in the press.

Grant ably points out asking boomers, Gen Xers and Gen Yers today how they feel about their place in the workplace wouldn’t be an accurate picture—my opinions would be skewed by the 30 plus years I’ve been on the job compared to the comparatively short time of my younger colleagues. But don’t despair, psychologist Jean Twenge acquired access to a survey of work values that was done with nationally representative samples of over 16,500 U.S. high school seniors in 1976 (Boomers), 1991 (Gen Xers), and 2006 (Millennials). The same questions were asked in the different time periods making it possible to make a fair comparison of the generations.

To make a long story short, “When you look at the data, the three generations are remarkably similar. On average, all three generations rated intrinsic values the highest, extrinsic and altruistic values in the middle, and leisure and social rewards at the bottom. If you’re trying to predict what people fundamentally want at work, knowing their generation is largely useless.” And, other independent research seems to agree.

What’s more, according to another psychologist, Jennifer Deal, “All generations have similar values; they just express them differently.” Grant adds, “We might have unique ways of getting there, but we pretty much want the same things out of work.”

I know that as I’ve worked among the generations, even the geezers like me respond well to some of the leadership styles that Gen-Y responds well to. I’m convinced that if they ask more “why” questions and are more interested in doing “meaningful” work it’s only because we’ve taught them to ask those questions and be that way. I know the four Millennials my wife and I raised were taught that’s it’s OK to question the status quo, and that just because it’s said by an authority figure doesn’t make it right.

What does this mean in the workplace?

Basically, the militaristic, command-and-control, management model of leadership embraced by veterans returning from Europe and the Pacific after World War II has seen it’s day. We trained our sons and daughters to question and reject it—and the most successful organizations seem to be those who have done something to actually make a change. In a nutshell, the best way to motivate people is the same it’s always been:

I don’t think it matters what type of business you’re in, what particular role you manage, or where your team fits in the hierarchy of the company, it’s critical that we create the type of environment where people can perform at their best. Doing that requires we stop pointing fingers and get back to work.