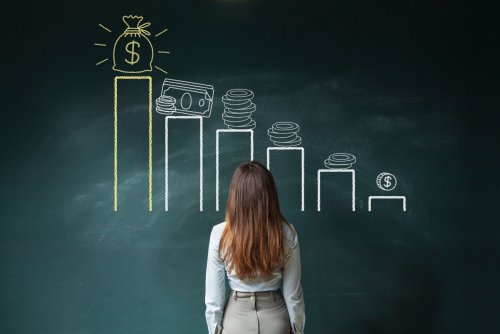 Is Starting A Business Safer Than Your Job? Part 3

The Difference in Income: Employment vs. Self-Employment

If you’re weighing the pros and cons of staying at your current job or starting your own business, chances are one of the biggest factors you’re considering is how self-employment will affect your paycheck. How do you calculate the difference in income with regard to employment vs. self-employment?

Working and Your Paycheck

When you’re employed by someone else, you can count on your paycheck. If you work 40 hours a week, or more, as a salaried employee, you may be paid weekly, bi-weekly, or monthly. You’re paid no matter what. If you work as an hourly employee, you can usually count on getting paid for a certain amount of hours per week.

When you’re self-employed, you’re not earning a fixed income. If your business is thriving, you will get paid. If you business is underperforming, you may not.

In either scenario, it’s difficult to apply an actual take home pay quantity.

It’s also important to remember that not all employment is created equal. Perhaps it’s not just the amount on the paycheck that’s influencing your decision. There are many other misnomers when comparing employment and self-employment.

In a corporate environment, providing twice as much value doesn’t necessarily mean getting twice as much reward. In direct contrast, any extra effort is more likely to be rewarded when working for yourself.

Perhaps the scariest thing about starting a new business is that it won’t be successful. Roughly 20 percent of new businesses survive past their first year of operation. Two decades ago that was the case, and it’s still the case today. However, almost half of all businesses cease to exist after five years and only one-third make it past their tenth anniversary. It’s important to note that these statistics have been surprisingly consistent and major economic downturns don’t seem to affect survival rates for new businesses.

Many businesses do fail. According to the Global Entrepreneurship Report 2015-2016, over half of businesses discontinue operations because of lack of profits or financial funding.


Also keep in mind there are industries currently dominating the economy. If you’re in the business of computer systems or construction, current high sales growth rates show that if you’ve been considering it, now’s the time to go into business for yourself. According to Forbes and Sageworks, the 5 fastest-growing industries in the U.S. are:

Check back next week for part four: How Your Age and Government Programs Can Aid in Deciding if Starting a Business Is Safer Than Your Job?

Missed the first two posts in the series? Read about the four paths to business ownership in part one, and learn how to weigh the risks of employment vs. self-employment in part two of Is Starting a Business Safer Than Your Job?

Elizabeth Jensen has written for a variety of small businesses and travel organizations, including Visit Salt Lake and Ski Salt Lake. She has a B.A. in Public Relations.