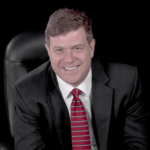 Patrick Morin is a partner with The Cross Partnership, a global consultancy that is engaged by private equity groups, boards of directors, and CEOs to improve the performance of their invested companies. The Cross Partnership works with select start-ups, growth companies, and turnarounds to stabilize operations and ramp up revenue and employee performance.
It was a typical recruiter reference call with the standard questions that are received with ever greater frequency:   How long did she work for you?  What are her strengths?  What are her weaknesses?  Would you hire her again?

The difference was they were asking about Lee Ann. It was hard to temper comments to keep them believable; she was the epitome of “A-level” player.

When she originally interviewed with us, she came prepared with a complete competitive analysis, including our company’s ranking!  That alone set her apart but she just kept getting better after we hired her.  Her selling technique was a joy to witness and her results superior. With everything she was tasked, she did an exceptional job – sales, regional leadership, turnarounds – everything. She enthusiastically embraced challenges and withstood any hardship without complaint. When the company was sold, she remained with the buyers and did an remarkable job for them.

There has been much written about ranking players as “A”, “B” and “C”, but most of it centers on people who already work within the organization.  Shortly after hiring Lee Ann, we began to ask different questions about those types of rankings:  How do we identify A players before we hire them?  What kinds of people do we want to work with in the future? How do we scout out more Lee Anns?

Suddenly, attending trade shows, meeting with vendors, listening to sales people, running into competitors and their employees, being out and about, became a hunt for the most talented people, every day. Did we like the way they sold to us? Were we able to uncover some of their achievements through casual conversation? The feedback we were getting was real and not the forced answers of an interview under pressure. Nor was it litany of angelic answers garnered from the prototypical vetting done by the majority of headhunters.  This was real R&D.

The most subtle interactions became the gateway to an inventory of eligible candidates of future employees. A simple Mead composition notebook became a roster of potential talent categorized by interactions, experience, references, achievements, and affability.

Eventually, the notebook became an encyclopedia of industry and nonindustry players and their potential fit into our organization. Moreover, we weren’t relying solely on the interviewing skills of the headhunters; we were looking at the interactions we had with potential talent over a period of time. We knew who we wanted our candidates to be and we tweaked a familiar rating scale:

The notebook eventually morphed into an electronic database – a CRM of talent.  We treated it as a trade secret – a competitive advantage.

Some ancillary benefits came out of it, too.

First, when headhunters brought us candidates, many of them were already known to us and we could immediately sift through them or direct certain vetting. Second, we could actually shorten the vacancy of positions because the list of replacements was already constructed. We had a list of Lee Anns.  Third, the industry could see that we were hiring stars and we became the employer of choice.

Check out our podcast tomorrow with Patrick and our live Twitter chat on this coming Friday at Noon CST.