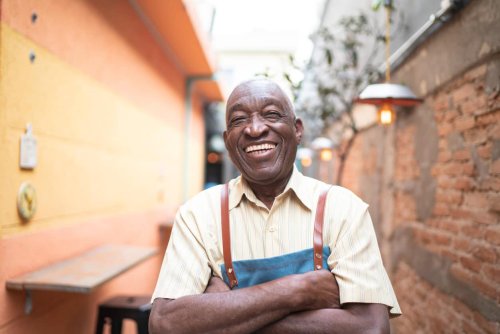 How a Microloan Can Help Your Business

5 min read • Aug 20, 2019 • Andrew Mosteller
CONTENTS
SHARE
SHARE
Microloans are really small loans. Not spot-your-friend-$20-for-drinks small, but somewhere between $500 and $100,000. The Small Business Administration (SBA) is one of the main proponents of microloans and considers anything under $50,000 to be a microloan.

Microloans have become the bread and butter of many small businesses that couldn’t find funding anywhere else. If you’ve been having trouble trying to find a loan for your business, you’ve come to the right place. In fact, you might say microloans were designed with the small business owner in mind.

Microloans Have a Rich History in Small Business Equality

Microlending started in 1974 with a man named Muhammed Yunus. He made a very small loan to an impoverished woman from Bangladesh who wanted the money to make and sell bamboo stools so she could feed her family.

And really, this is the heart of microloans. They’re designed to help minorities, the impoverished, and entrepreneurs who are just getting started. They’re loans for the common person and the importance of this concept can’t be overstated.

For years, if regular people wanted loans they had to go to traditional lenders. But the problem with the traditional lending business model is its reliance on mountains of paperwork to determine creditworthiness and on accruing large amounts of interest to turn a profit. Loans were only ever given to people whose ventures were larger and considered safe and lucrative, leaving many entrepreneurs out of luck.

The microlending business model, on the other hand, focuses less on making huge gains for the lender and more on investing in the growth of smaller ventures. Because of this, some microlenders are considered charitable organizations.

Kiva, for example, is a charitable partner of ours that uses donations from our Lendio Gives program to fuel small businesses in struggling countries. Sometimes the struggle, however, is closer to home than you’d think.

The Impact of Microloans on Women and Minorities

Women start firms with about half the capital men do, according to a 2014 study by the National Women’s Business Council, and women-owned firms average about 6% of the outside equity that male-owned firms receive. On top of that, women receive less than 5% of conventional small business loans, even though they make up nearly 40% of all small businesses in the country.

So women are basically killing it in the economy, but they’re not alone. Minority-owned American businesses are growing at a staggering rate. In 2012, minority entrepreneurs owned over 8 million—about 29%—of businesses nationwide. This number was a huge increase over the 5.8 million owned in 2007. Yet many minorities struggle to secure funding due to lower credit scores and fewer collateral assets. The US Department of Commerce found that minority-owned businesses see loan denial rates that are 3 times the national average.

Here we have 2 amazing groups of people who are struggling to find funding for their businesses. Enter microloans. Because microlenders are more interested in fostering growth than they are in making a profit, many choose to focus on bringing their resources to the groups who need them most.

According to a report released by the city of Los Angeles after they approved a new microloan bill, “It is estimated that every dollar loaned to a small business or microenterprise generates approximately $2 of economic activity. As such, the Microloan Program could generate $2,500,000 in stimulus to the Los Angeles economy over the next 5 years.”

Applying for a microloan is easy and stress-free.

As mentioned earlier, the SBA is all about those microloans, with an average microloan of about $13,000. You can’t go to them directly for the loan, however—you have to go to one of their intermediary lenders. The SBA website has a list of authorized intermediary lenders participating in the SBA’s microloan program. Your results will depend on the state where you live.

SBA microloans can be used for:

Proceeds from an SBA microloan can’t be used to pay off old debts or purchase new real estate.

SBA loans can be a great way to get a good rate on a small loan, but they aren’t the only option for your small business.

That’s right, marketplace lenders like Lendio offer loans similar to microloans. Though our lenders wouldn’t technically call any of our financial products microloans, we offer loans as low as $500.

Best of all, you just have to fill out our short 15-minute application to get the process started. You’ll start by telling us the amount of money you want—anywhere from $500 to $5 million. You’re probably not looking for millions just yet, but a microloan can help you get there.

Microloans Lay a Foundation for Your Growth

Whether you’re a startup, in a rough financial spot, or just need extra cash, any amount of money can help. $500 can purchase a new piece of software that will streamline your workflow. A couple of grand can get you a shiny new laptop to draft your new book or edit your first YouTube video.

Microloans can finance anything your business needs to boost its growth. You need only apply.