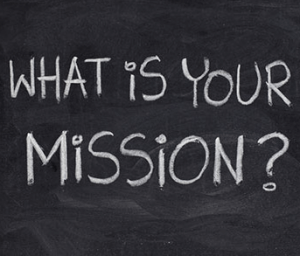 If you’ve never felt the tingle of being in one, you’d be astounded.  Businesses that vibrate.  With enthusiasm.  Positive impatience.  Bright eyes and wide smiles.  Talking in machinegun bursts of what sounds like secret code to outsiders.  Walking fast with hands in a flurry.

It’s also disorienting.  Not knowing how to get into the flow.  Because you stick out so much.   And because it looks so absorbingly inviting.

What makes some companies that way?  And why isn’t yours?

First question.  The answer here is that these companies are striving to get something done that everyone feels is important.  That will make a big difference for others.  That they’ll be proud to tell their kids and friends they helped build.  And where they see, even though a bold journey, a path that just might get it done!

Everyone’s got the bug.  From the newest laborer to the CEO.  With the infection spilling over to customers, suppliers and the families of the people who work there.

Second question, why not your business?  It could be.  Because the only thing standing in the way …. well, it’s you.

One of my favorite quotes is from Mahatma Gandhi, the great Indian thinker:

A man is but the product of his thoughts …..

what he thinks, he becomes.

A business is but the product of the CEO’s thoughts …..

what she thinks, it becomes.

But what does it mean to think that way?  That infects your whole business with a palpable zeal to get something important done?

It comes from only one source.  And you already know what that is.  The igniter for the kind of culture is the individual in the job at the top.   Because that’s the spot where everyone looks to for confidence, guidance and inspiration.

One of my favorite mentors said it this way, when I asked him about his most valuable contributions as a CEO.  He described moments, after he’d spent quiet time studying some aspect of his business for quite some time, when an idea came to him.  An astounding idea, maybe even absurd, for others without his perspective.  About what his company just might be able to become.

It was always a long shot.  But one that began looking more like a possibility as he continued to think.  Which he eventually distilled down to a stirring proclamation of Mission.

Then like tossing a smooth stone into a still pond, he began talking about his Mission with his closest colleagues.  When they reached his own point of guarded confidence, he asked them to do the same with their own circles.  And so on.

After a number of weeks when everyone had been touched, something magical would happen.  The culture would start to vibrate.  And he would know that his Mission would be won.

So, how do you trigger the harmonics in your own company?

First you have to think about what your company just might be able to become.  Take your time.  But think hard for at least an hour, undisturbed, at least once a week.  Pick a timeframe that’s far enough out to allow something heroic to occur.  But close enough in to have an edge.

Once your initial idea forms about what your business might be like at that time,  capture it in your own phrase:

The test of your choice is whether it “walks the knife edge between what’s truly absurd, and what just might be possible.”  Let it simmer in your mind, examining and refining every word.  Until you are obsessed as a believer.

Then start discussing is with your closest allies.  Over several conversations.  Receiving their reactions and adjusting the idea as appropriate.  Then ask them to do the same with their teams.  And so on until everyone in your business is touched.  This is your Mission.

Finally, start talking about you Mission incessantly.  Weave it into every communication.  Applaud those who’ve made contributions toward  achievement.  And encourage those who haven’t.

And for you?  You’ll find new depth, fascination and love for your job at the top.  Because you’ll be doing it well.   And achieving your Mission. Dick Cross is the founder and Managing Principal of The Cross Partnership III, a twenty-year-old, Boston-based, “hands-on” consulting and turn-around firm focused on improving the operating and financial performance of businesses owned by financial sponsors. Over the past decade, Dick has served as an interim President/CEO, leading successful business transitions in eight companies over the past twelve years.