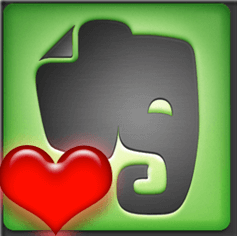 I’ve carried a Moleskin around with me for years. I’ll admit, I’m a compulsive note taker.

Although this Harvard Medical School report is fairly new, I’d heard this  suggestions many years ago:

“The more senses you use in learning something, the more of your brain will be involved in retaining the memory. In one study, adults were shown a series of emotionally neutral images, each presented along with a smell. They were not asked to remember what they saw. Later, they had excellent recall of all odor-paired pictures, and especially for those associated with pleasant smells. Brain imaging indicated that the piriform cortex, the main odor-processing region of the brain, became active when people saw objects paired with odors, even though the smells were no longer present and the subjects hadn’t tried to remember them. So  challenge all your senses as you venture into the unfamiliar. For example, try to guess the ingredients as you smell and taste a new restaurant dish. Give sculpting or ceramics a try, noticing the feel and smell of the materials you’re using.”

Over the years I’ve found that by writing things down, I’ve been better able to remember what transpired in a meeting or lecture. I’ve notice that I didn’t need to refer back to my notes very often—the act of writing things down engaged enough of my senses to remember. Unfortunately, as I’ve gotten a little older (and busier) I’ve found that I need to refer back to my notes more often that I once did. The reliable Moleskine (to which I am very attached—being an “old school” sort of guy) gets used less and less because of a great little cloud app called Evernote.

I’ve discovered that I can actually type notes much faster than write them, so more often than not, that’s what I do. What’s more, Evernote allows me to categorize them by the type of meeting I’m in and even let’s me tag the note to a particular topic or keyword, making it easy to search the old note if I need to refer back to it later.

Another feature I really like is the ability to seamlessly add a spreadsheet, illustration, hyperlink, or image into my notes. I’ve even added audio or video files to notes.

I was speaking with a colleague yesterday who was taking notes in the same meeting by hand on a notepad, and said he would type them up and share them with me. In the time it took him to offer to share, I had emailed him a copy of my notes—I like the idea of not needing to deal with the notes twice.

Because it’s in the cloud, Evernote also automatically syncs with my iPhone, allowing me to retrieve and search notes even when I’m not near my computer. You can also take notes and do everything you can do on your laptop on your iPhone, I’m just not very fast at data input with my iPhone, so I don’t tend to take meeting notes in Evernote on my iPhone—but I could.

If you haven’t tried Evernote, I think you’ll be impressed with how easy it is and how much more convenient it is than taking notes in Word or even within Google docs. What’s more, it’s free for some basic functionality (that is more than enough for what I need) however, you can purchase more functionality if you need more than what comes with the free version.

In case you’re wondering, I’m writing about Evernote because it’s a product I’ve come to rely on every day, not because they’re giving me a kickback or anything. It’s one of those apps that is always open on my computer throughout the day, and I think it could be valuable to you too.