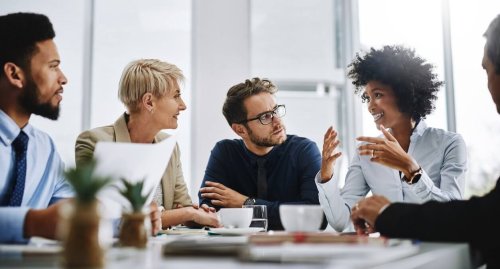 In the past year, gender equality and the empowerment of women has truly become a national discussion. This is an era when gender traditions are increasingly evaluated on merit rather than tenure, shining a brighter light into the historic imbalance that exists in the business world.

Of course, there’s nothing “silent” about women’s current impact in business. They own about 36% of all businesses in America, and these businesses generate about $1.7 trillion in revenue (a whopping three times that of male-led companies). And they employ millions of workers.

Despite all this long-overdue attention, gender inequality is still a major issue. Loan approval rates for women are 20% below those of men. And according to Glassdoor, there’s still a 24% disparity in pay between men and women. Aside from the significant ethical issues associated with this pay gap, it should be noted that the majority of employees don’t want to work for a company where women aren’t paid as much as men.

So how do you promote equality in your business? Here’s a handful of ways that other businesses have brought equality to the forefront and seen positive change.

If you want to see how fairly your employees are compensated, the best place to start is a gender pay gap analysis. Evaluate your salary and bonus rates and see where issues exist.

If you’ve identified pay gaps that need to be remedied, by all means, remedy them. Prove to your employees through decisive actions that you respect their efforts and will treat them fairly.

Gender biases run deep, often impacting hiring decisions from the onset. In order to suppress any underlying preferences, remove names from all the resumes you’re reviewing for open positions.

You can nip pay disparities in the bud by extending equitable offers to new hires regardless of gender. Studies show that women are less likely to negotiate in the hiring process, so structure your offers so there won’t be a major gap between those who negotiate and those who don’t.

Make sure your company has a safe and confidential channel for employees to raise concerns. You may think you’ve got a good idea of what gender equality issues your business faces, but it often takes the employee perspective to truly understand.

When issues are raised, be open and transparent. Let your employees know what the concerns are and how you plan to address them. Better yet, solicit feedback and suggestions, so that everyone can feel like they have some ownership of the improvements.