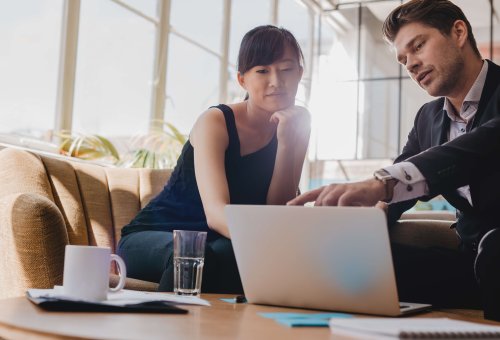 Now that you’ve finally gotten into the habit of correctly writing “2020” on your checks, it’s time to wrap your head around the government’s new rules for small businesses in 2020. Tax form overhaul will affect every US business with employees, and the minimum wage is increasing in nearly half the states in the nation.

Federal tax code and overtime pay changes are hitting every business, no matter how large or small. A slew of dramatic changes is also kicking in at the individual state level. Here’s what you need to know to navigate the new business regulations and still grow your business.

The big new change will affect every US business with one or more employees. But fortunately, this change is pretty easy to handle.

The IRS has released a new Form W-4, the tax form that new employees sign to establish how much federal income tax will be withheld from their paychecks. The new form has already gone into effect, and using the new W-4 is now required thanks to the changes mandated by the Trump tax plan.

If you’re an employer, all you have to do is give new employees the new W-4 form. Current employees are not affected, though they’re free to revise their taxes withheld by submitting the new version. Employees can get larger tax refunds by allowing more withholding or choose bigger regular paychecks by having less tax withheld.

This revised form is slightly more complex for a new employee to figure out. You may want to give them a day or two to review the information—or at least a few minutes in private to call home. After all, the most complicated changes are those regarding multiple-income households.

This new form has no effect on the 2019 tax filings that you and your employees are currently preparing. It’s a forward-looking document that determines how an employee’s 2020 taxes are handled.

Another new rule that applies to all American businesses coast-to-coast also went into effect January 1. An update to the overtime laws doesn’t change overtime wages, but it makes more workers eligible for them.

As you may know, some employees are exempt from overtime laws. But they’re only exempt if they’re salaried employees, “employed as bona fide executive, administrative, professional, and outside sales employees,” and they make at least $23,660 per year (or $455 a week).

The new overtime rule raises that threshold to $35,568‬ per year (or $684 a week). The higher threshold for exemption means more workers will be eligible for overtime.

The Department of Labor estimates that 1.3 million workers will be newly eligible for overtime pay under the change. It could have been twice as many, but the original 2014 bill was struck down, forcing this revised, compromise version.

Some of the new small business regulations only affect individual states. But new minimum wage laws are kicking in for a whopping 21 states at some point this year.

Yahoo Finance has an informative graphic showing the new 2020 minimum wage in each state.

Four states now require employers to arrange workplace sexual harassment prevention training. As of the new year, employers in California, Connecticut, Illinois, and New York must enact such training for all employees, generally in the form of a course, class, or seminar.

Some of these states have sample online programs or curricula that will satisfy this requirement. There are also third-party experts who specialize in presenting these issues very effectively.

Similar harassment prevention laws were already in effect in Delaware and Maine.

The new California AB 5 law only applies to the Golden State, but it has major national ramifications. The new rule requires the state’s independent contractors to be classified as employees with minimum wage protections, paid leave, and reimbursement for business expenses like gas and car repairs.

While intended to benefit the underpaid rideshare and delivery drivers for big Silicon Valley tech firms, this massive employment reclassification has also left more than a million gig workers threatened with loss of work. This is work they acquired through traditional business models instead of app-based platforms, and the law brings chaos to the careers of ballet dancers, sign language interpreters, and freelance writers across the state.

Some are busily trying to comply with a business-to-business (B2B) exemption, which requires getting a California business license, then incorporating as an LLC, corporation, or S-corp. These are costly and time-consuming processes but could reflect the new reality of gig work.

And this bill might be catching on nationwide, as a House of Representatives bill hopes to enact the law in all 50 states. That bill has the endorsement of presidential candidates Bernie Sanders and Elizabeth Warren.

Yet it’s also possible that lawsuits or a California voter initiative might undo AB 5 by the end of the year.

Wyoming is ranked as the least taxed state in America by the financial advice site Kiplinger, as the state has no income tax and an extremely low sales tax. But the Wyoming legislature is considering a bill that would add a tax Wyoming has never had—a corporate income tax.

The proposal would add a 7% tax on any corporation with more than 100 shareholders, so it does not directly affect small businesses in the state. But business groups argue the measure would lead to higher prices and lower job growth. The Wyoming legislature will begin debating the bill in February 2020.

This deluge of new tax reporting, wage changes, and state-level regulations makes your recordkeeping and compliance landscape more complicated. It may be time to hire a dedicated bookkeeper, which these days you can do with online bookkeeping apps and software. 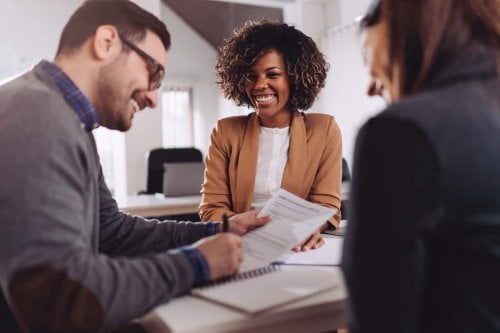