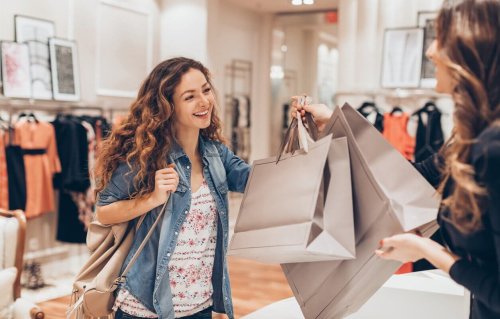 The Retail Outlook for 2019

As retailers look to the New Year, they have plenty of reason to be optimistic. Bullish, even. At the same time, things aren’t entirely peachy. There are definitely some potential threats on the horizon which could cause strain to the economy.

First off, let’s address the elephant in the room. The past couple years have been grim for many legacy retailers, with nearly 4,000 stores closing in total. Some people have even dubbed it the “retail apocalypse,” as many brick-and-mortars have sunk like, well, bricks and mortar would. It’s been commonplace for larger companies to close multiple stores, and a handful of beloved brands have even had to close down completely.

Here’s a look at some of the most well-known examples:

Now for some good news. Despite the struggles of some monolithic brands, the National Retail Federation has reported that sales are consistently surpassing projections. Tax reform has been credited as a major source of this boost for many businesses, and a number of other positive economic inputs have created a climate where sales are really humming along.

This tailwind provides momentum into the winter holiday shopping season. The National Retail Federation is predicting holiday sales to increase between 4.3% and 4.8% compared to last year. That would put the total spending somewhere in the range of $717.45 billion to $720.89 billion.

If those numbers sound impressive to you, it’s because they are. And these holiday sales carry a lot of heft. In fact, the holiday season can account for about 30% of sales for many businesses, and 20% of the annual take for the retail industry as a whole.

So there you have it. The 2018 holiday shopping season will most likely be in rarefied air with record-breaking years of the past. Even the risk of tariffs and other geopolitical factors probably won’t enter the picture much, as most retailers have already received their goods.

There’s a new tariff in town

That being said, some of those same factors may come into play in 2019. First, President Trump’s administration applied tariffs on $250 billion worth of goods imported from China (that’s about half of all our imports from China). In response, China levied tariffs on $110 billion of American exports. These tariffs have been something of a bogeyman for the past several months, and retailers will likely start to feel a real impact.

“No retailer will be able to simply absorb the cost of a 10% percent tariff, much less a 25% tariff in today’s ultracompetitive retail environment,” wrote JCPenney counsel David Spooner in September. “That means consumers will pay higher prices.”

It’s all about who you owe

Another potentially negative factor is the impact of debt. Americans are mired in it. Mortgage debt is on the rise as home prices continue to climb. Car loans are high and there are actually more delinquencies now than during the Great Financial Crisis. And credit card debt in America has reach a dubious record of more than $1 trillion.

Yes, that’s a lot of money owed by a lot of people. How will it affect retail? That’s a great question. Thus far, the impacts haven’t been widespread, but this level of spending has partly contributed to the increased debt around the country. Perhaps there will be a tipping point reached in 2019.

Another factor to keep an eye on is the overburdened trucking industry. There are 3.5 million truck drivers in the United States, but that’s not nearly enough. Research suggests that 900,000 additional drivers are necessary to meet the demand.

“With shipping costs rising and freight volumes outpacing the supply of available trucks, many companies are resetting their supply chains for what some believe is a new, more expensive era in freight transport,” reported The Wall Street Journal.

Given these potential threats to the economy, it’s good to know that there are just as many positive factors working in retailers’ favor. Remember, spending is exceeding projections. In fact, when business owners are asked about the state of their business today versus a year ago, about 70% say things are better today. Even more importantly, 84% of new business owners say things are going to get even better in the coming year.

This kind of optimism tends to be contagious, so it should come as no surprise that the National Retail Federation is reporting solid growth that involves “job creation, robust consumer spending, and livable inflation.” And these positive stats should provide momentum as your business transitions into the uncharted waters of 2019.