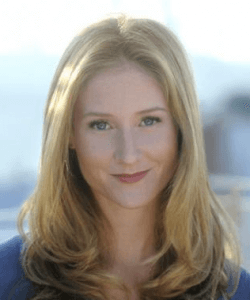 Pamela Ryckman is the author of Stiletto Network. She has written for The New York Times, The Financial Times, Fortune.come/CNN Money, The New York Observer, and The New York Sun, among other publications.

“Stiletto Network” is about an underground movement of women’s dinner groups and networking circles, all across the nation. Most have no more than ten women, but in aggregate they number in the tens if not hundreds of thousands of women nationwide. And they all have funny names – like Babes in Boyland, Chicks In Charge, Brazen Hussies, The Vault, 4C2B (“Force to Be,” as in “reckoned with”), and even SLUTS: Successful Ladies Under Tremendous Stress!

Stiletto Networks are forming in every major city, among women in all industries and age groups – from CEOs to aspiring Millennials to moms launching businesses in their basements. In almost every case, women thought they were alone in assembling likeminded ladies to learn and share, but the last few years have seen an explosion of these groups. And they’ve generated a huge money trail. Stiletto Networks are responsible for billions of dollars of transactions, corporate board seats attained, companies founded and funded, non-profits revitalized, and candidates elected.

As a result of their groups, women have created the most downloaded app in the history of Warner Bros. Overseen the largest high-yield bond offering of 2010. Joined the founding team of one of the fastest-growing start-ups in history, and steered it toward a $1 billion IPO. And launched the most successful fundraising pilot in the history of The Red Cross – from women donors! Stiletto Networks are shaking the foundations of business, philanthropy, and politics; they are working together to change the world.

These groups enable women to do what men have done since time immemorial: merge business and friendship, and capitalize on connections. Women are now doing deals not because of affirmative action or an altruistic intent to lift up the gender, but because it is smart business with people they know and trust. For the first time in history, women are seeing a monetary return on time invested with girlfriends.

But the best part is…. you don’t need power or wealth to create a Stiletto Network. Anyone can do it.

This book features a lot of high-powered women, but it’s important to remember they weren’t all wealthy or accomplished when they started these groups. In fact, many women credit Stiletto Networks with cheering them on, giving them courage, and facilitating their success. They say having the support and validation from other women – finding women who love you, but also give you a kick in the pants when necessary – made all the difference.

In these groups, there’s no singular definition of success, and Stiletto Networks aren’t about getting to the next rung on the ladder. Instead they help each woman define and achieve what success means to her personally. Stiletto Networks are about living your best life, feeling happy and whole and fulfilled – enabling each woman to become the biggest, boldest, bravest version of herself that she can be.