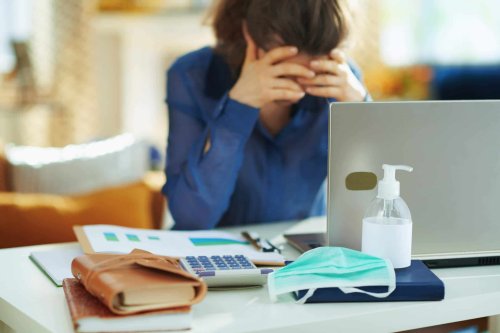 A study out of Yale University from late June found that the number of hours worked by small business employees fell drastically below pre-pandemic levels, but the average worker received more hours in June than in March and April.

The report analyzed small business data from January to June 6. However, the number of new cases of COVID-19—the respiratory disease caused by the coronavirus—began spiking nationwide in mid-June to new highs, and some areas began closing back down sectors of the economy that had only recently reopened.

Before the surge in June and July, though, workers at small businesses had begun to see more hours, although not nearly as many as they worked in January of 2020, according to Yale’s Tobin Center for Economic Policy.

Even if the numbers may not be specific to how the coronavirus pandemic is at the moment, the study reveals that the pandemic has had long-lasting impacts on small businesses and their employees.

The study found that the number of hours that the average worker at American small businesses worked in March had plunged to 60% below pre-pandemic levels. At this point, the coronavirus had begun hitting the US, particularly New York City, and governors shut down state economies in order to “flatten the curve,” i.e., reduce the spread of COVID-19 so that medical facilities were not overwhelmed and authorities had time to develop solutions.

Between March and June, the number of new cases in the US began to fall, especially in the Northeast. Local economies nationwide began reopening—a process fraught with controversy.

Even though worker hours rebounded through April and May, the study states, those hours did not rebound quickly. By June 6, the study found that the average small business employee was working 39.5% fewer hours than before the pandemic.

The study based its findings on data from Homebase, a scheduling and timesheet software company used by over 80,000 companies throughout North America. The researchers tracked the employment patterns of companies that had been operating since January.

The researchers found that workers who were already making less money saw their hours cut the most amid the pandemic lockdowns. The lowest-paid workers, who were making an average hourly wage of $9.38, saw their hours decline to less than 30% of pre-pandemic levels. By June, they were working about 45% of their previous schedule, a slight rebound.

“Our analysis found drastic reductions in hours worked by employees of small businesses,” Altonji continued. “It also showed that the pandemic has most affected the lowest-paid hourly workers. This kind of insight can improve targeting of policy interventions.”

The researchers found that layoffs and business closures were the reasons behind the reduction in worker hours. Additionally, even workers at businesses that remained open saw their hours cut significantly.

The pandemic appears to have rocked businesses disparately depending on their size. The study saw that very small businesses, defined as those with fewer than 5 employees, were more likely to close due to the COVID-19 pandemic than larger companies.

The pandemic also impacted different industries in drastically diverse ways. As social distancing measures went into effect across many areas of the country, most businesses could not operate under the new rules aimed at halting the spread of COVID-19. Live entertainment, indoor dining, tourism, and hair salons were largely closed around the US in March. Although many have reopened, some areas have had to close down again.

Specifically, the study found that workers in fields including leisure, entertainment, beauty and personal care, bars, and restaurants saw the steepest declines in hours. In the beauty and personal care field, which includes businesses like barbershops and nail salons, employees worked 90% fewer hours in April than in January, although hours had partially recovered to 60% 2 months later.

In restaurants and bars—the business sectors that provided the most data to the researchers—hours had dropped to 60% of pre-pandemic levels and had rebounded to 40% by early June.

As some states, like California, start to close many indoor businesses again in July, it’s hard to imagine seeing these numbers improving in the short term. Nationwide, recent history suggests that the pandemic has to be fully under control before we can hope to reopen small businesses entirely.

“This research offers unique insights into the economic effect of the pandemic on some of the business sectors and working population that have most acutely felt its impact,” David Wilkinson, the executive director of the Tobin Center, said in a statement, adding that the researchers planned to continue utilizing the Homebase data and to update the study regularly.