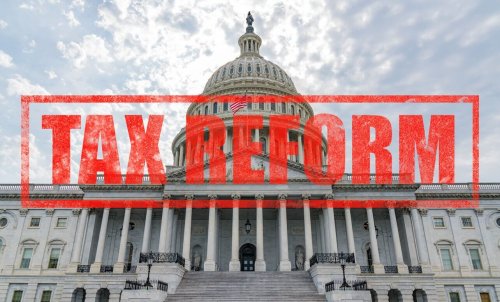 When the Senate passed its tax reform bill, by the narrow vote margin of 51-49, small business owners nationwide took notice. After all, this latest version of the bill is designed to help small businesses compete on a more level playing field against larger corporations.

Of course, these benefits for small businesses are hardly unexpected. Treasury Secretary Steve Mnuchin had announced the administration’s focus on fairness early on.

“We are committed that small business owner-operators will have the benefit of the business rate,” he said. “What this is not going to be is a loophole to let rich people who should be paying higher rates pay 15 %.”

But when it comes to politics, talk is cheap. So it’s understandable that many small business owners were somewhat reluctant to believe the rhetoric coming from Washington. Indeed, a survey from the National Small Business Association revealed that nearly one-third of business owners believed comprehensive tax reform would never be enacted.

Now it appears that tax reform is on the horizon, as the House and Senate work to reconcile their different approaches to the same goal. And one of the biggest winners at the end of this process will likely be pass-through entities.

If you’re not sure what a pass-through entity is, you’re not alone. But while the term itself may not be common knowledge in our country, its definition is likely familiar to entrepreneurs, as most small businesses in America are set up as pass-through entities such as sole proprietorships, limited liability companies, and partnerships.

Acknowledging this disparity, the Senate created a small business tax break by providing owners a deduction on the income that “passes through” to their individual tax returns. So if you’re a business owner who meets the criteria, you’d be able to deduct 23% of the pass-through income on your tax return, topping out at 50 percent of wage income.

The House approached the issue of pass-through entities differently in their proposed bill, meaning there will undoubtedly be some wrangling ahead. But whatever happens in the end, it’s likely that many small businesses will be getting some financial relief.