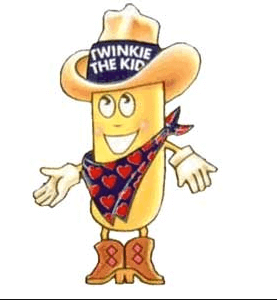 When Was the Last Time You Had a Twinkie? For me it was last Friday.

Although I was part of the generation that grew up eating Twinkies, it’s probably been 10 or 15 years since I’d had one. Despite the fact that I hadn’t purchased a Twinkie in many years, like everyone else I was disappointed to hear that Hostess had filed for bankruptcy protection in 2012 and closed its doors on Twinkie. That said, I didn’t go out and purchase a stash to horde.

Friday, around lunchtime, one of my colleagues dropped three or four boxes of Twinkies on the counter and we talked about what Hostess is calling, “The Sweetest Comeback in the History of Ever.” Yes, I had a Twinkie, just to see if it still tasted like I remembered. It did.

I don’t want to be a focus group of one, but I think the comeback is fueled less by how much people love Twinkies and more by how much we all associated with the Twinkie/Hostess brand. Anne Zeiser, writing for the Huffington Post, said, “Twinkies have weathered the Great Depression, the German invasion of Poland, the bombing of Hiroshima, the Civil Rights Movement, the Beatles, Roe vs. Wade, disco, the Dot-Com boom, 9-11, and Justin Bieber. Along the way, the Twinkie has become a true American icon: a lunchbox staple; a deep-fried treat at country fairs; an urban ledgend of indefinite shelf life; an entry in the 1999 Millennium Time Capsul; a single-food diet; and even, a legal defense.”

No wonder so many people were morning the loss. I grew up thinking that America was baseball and apple pie, but it sounds like I also need to include Twinkie.

Zeiser shares the big lesson we can all learn from “The Sweetest Comeback in the History of Ever” when she says, “It’s the assessment of a brand’s equity—what the brand means in the marketplace and the loyalty it engenders with its target audience—that gives it monetary value. Companies are bought and sold based on that brand value, just like the Twinkie. Even your Twitter account and Facebook page have values ascribed to them based on the number and nature of your followers and fans and their engagement with your posts. There’s an algorithm that determines your social brand value.”

Regardless of whether or not you’re responsible for building a corporate brand—or even just your personal brand, it’s important to realize that your brand matters. Just ask Twinkie the Kid.