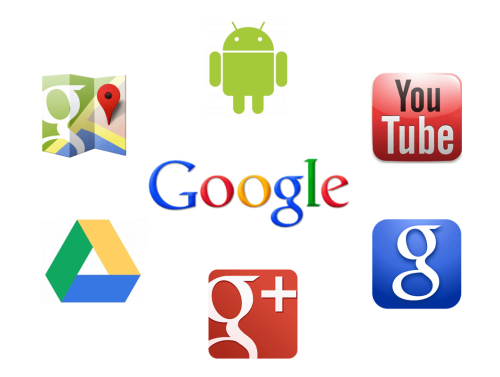 You might ask someone who has never heard of Google, “Have you been living under a rock?” Google started off as a simple search engine and is now considered the 800 -pound gorilla in the tech world. Just to name some of the successful products and services they’re known for: Google+, Android, Chrome, Google Maps, Gmail, Google Docs and many more.  Google has its fingers in so many pies that it has a lot to worry about but it’s not afraid of:

I recently came across an infographic called “The Gooooooogle Graveyard: A Resting Place for Great Ideas” showing 20 different ideas that Google has tried out. All these ideas have been scrapped and no longer exist in the Google universe. Even though all the ideas were technically a failure that doesn’t mean Google is a failure. Some of these ideas were a catalyst for future products that are now a part of Google’s long list of successful products and services.

“You never fail until you stop trying.”

Google loves to take a product or service their competition has and not only make it better but also more inexpensive or even free. Their latest product, the $35 Chromecast, is a slap in the face to Apple’s  $100 Apple TV. They both offer wireless mirroring, the ability to watch Netflix, and YouTube. Google. The difference is that Apple TV only works with iPhones or Mac computers, where Chromecast works with Android phones, tablets and any computer with Chrome installed on it.

“Whether it’s Google or Apple or free software, we’ve got some fantastic competitors and it keeps us on our toes. “

Breaking and fixing something that isn’t broken

One of the most recent changes that Google has made was with its very successful and free service, Gmail. Its new features are great, but they got rid of some of the features people loved. To name one feature they got rid of was the ability to create a separate window out of an email or chat message. I’ll defend them by saying that it’s hard to know what features to keep and get rid of because sometimes people don’t voice their love for a feature until it’s gone. Even though Google sometimes gets rid of features people like in their product and service updates, they usually bring back the feature in another update if enough customers voice their opinion.

“It is not the strongest of the species that survives, nor the most intelligent, but the one most responsive to change.”

Google is a great company. They don’t let fear hold them back from moving forward. Some companies have so many fail-safes in play that nothing ever gets done. There are so many great ideas out there and Google seems to be building them or improving upon them.

What are you thoughts on Google?