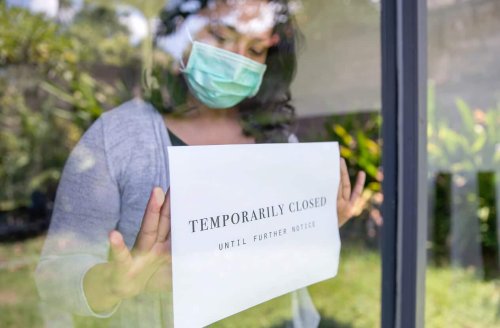 Small Businesses Are Closing at Different Rates by US City

One look at the booming stock market during an otherwise drastic COVID-19 recession will tell you that the American economy is experiencing a very uneven recovery. Just like we saw certain niche products like hand sanitizer, toilet paper, and bread-baking products fly off the shelves in a spate of panic buying in March and April, the overall retail sector overall was actually hurting during those months. Consumer sentiment has changed over the course of the pandemic, and obviously, small businesses have fared better if they were able to adjust to a digital strategy or pivot to delivery or curbside pickup.

Certain industries have been able to thrive under COVID-19, like tech companies, big-box retail chains, and delivery services. Other industries struggle to bounce back from the coronavirus recession, like tourism, hospitality, and smaller retailers and restaurants experiencing closures and layoffs at higher rates than other sectors.

But there’s another factor in the rate at which small businesses are staying closed or managing to reopen—the city in which your business is located plays a role in whether your small business will survive.

Small businesses are surviving at very different rates depending on their city or region. That’s the undeniable conclusion of a fascinating Visual Capitalist map analysis of the percentage of small businesses that have closed or those that are currently open.

“Geography makes a great deal of difference in the proportion of US small businesses that have flipped their open sign,” Visual Capitalist found. “While some cities are mostly back to business as usual, others are in a situation where the majority of small businesses are still shuttered.”

Which Cities’ Small Businesses Are Being Hit the Hardest

San Francisco and San Jose are essentially in the same area, barely 40 miles apart, so those Bay Area cities are experiencing similar small business downturns. “New Orleans and the Bay Area are still experiencing rates of small business closures that are almost double the national median,” according to Visual Capitalist.

That doesn’t necessarily mean these cities’ overall economies are doing as poorly as those numbers indicate. “In cities with a large technology sector, such as San Francisco and Austin, COVID-19 is shaking up the economic patterns as entire companies switched to remote working almost overnight,” the analysis pointed out.

But the tech industry is just a sliver of those cities’ overall small business economies. “This is bad news for the constellation of restaurants and services that cater to those workers,” Visual Capitalist added, because downtown retailers, cafes, bars, salons, and many other small businesses are losing their shirts over the ripple effects of the new work-from-home reality.

On the bright side, Visual Capitalist found that “Some cities are seeing rates of small business operation that are nearing pre-pandemic levels.” Here are the US cities that have seen the lowest number of small business closures and the percentages of their businesses that have not reopened.

These cities are far less dependent on tourism and hospitality. They don’t draw as many vacationers, and they don’t routinely attract international business conventions. (Yes, Charlotte, NC, was slated to host the 2020 Republican Convention. But that did not take place as planned.)

That lack of a tourist economy has been an unexpected secret weapon for those cities. The independence from relying on tourist dollars has helped keep some cities’ small businesses open, bucking the nationwide trend of small business closures.

We should point out that it’s a little misleading to only focus on the percentage number of small businesses that have closed in a city. That figure does not directly represent how many dollars were lost, how many lucrative opportunities flew away, or how many people were laid off because of these closures. But it certainly affects the employment rate in these particular cities, and lower unemployment always means higher dollar amounts circulating in a local economy.

Visual Capitalist’s data is current up to September 2020, so there may be some minor changes to these numbers in the month or so since their original report was published.

But when we’re still seeing double-digit-percentage small business closures in even the “luckiest” of cities, that tells you that things are truly bad. American small businesses really need a new COVID-19 stimulus package to make up for the loss of consumer dollars caused by the pandemic.

Because these rankings won’t matter if the dire small business economy doesn’t turn around. Every city will feel like they’re doing badly if small businesses fail to recover from the COVID-19 pandemic, no matter where the latest internet report ranks them.