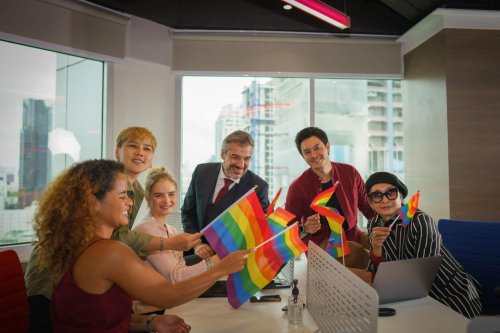 How to Support LGBTQ+–Owned Businesses (Beyond Pride Month)

After all, these promotions were merely brand awareness campaigns and were for companies that are not LGBTQ+–owned. There may have been a cut of the sales going to LQBTQ+ causes and nonprofits, but that’s not the same as supporting minority-owned businesses.

“Pride Month has been commandeered by big mainstream retailers producing Pride collections,”  clothing label Kirrin Finch co-founder Laura Moffat told NBC News. She adds that these promotions may “bring visibility to the queer community” but points out that these efforts don’t “translate to small queer businesses getting more sales.”

“We don’t do anything different in the month of Pride versus any other month as we are LGBTQ+ all year long and serve that community all year long,” she said.

How to Find LGBTQ+–Owned Businesses

Unless you happen to know the owners personally, the methods for finding an LGBTQ+–owned business are a work in progress.

Yelp rolled out a tool in late May, just before Pride Month, to find LGBTQ+–owned businesses near you. That tool remains active, even though Pride Month is over, and lists businesses near you that chose to click on a Yelp tag identifying them as “LGBTQ-owned.” It’s hardly a scientific criteria, and the results are something of a hodgepodge of dog-walking services, houseplant stores, and personal trainers until you manually winnow down to your desired results. Still, this is a solid “better than nothing” identifier.

The US Small Business Association (SBA) has a directory of LGBTQ+–owned businesses, but its scope is limited to just businesses within the cities, states, and territories of Houston, Los Angeles, Nashville, Puerto Rico, Seattle, and Wisconsin. It is not exactly a national database. But very few LGBTQ+–owned business associations choose to make their registries public. There are, after all, discrimination concerns.

The National LGBT Chamber of Commerce (NGLCC) has more detailed and granular data in their “First Ever ‘America’s LGBT Economy’ Report.” That organization found an estimated

1.4 million LGBTQ+–run small businesses across the US generate revenue whose “contribution to the economy exceeds $1.7 trillion.”

That data is impressive, but it’s from 2017. The NGLCC will conduct the study anew next year for its 20th anniversary. And that’s important because LGBTQ+– business owners need verified data more than they need checks on social media platforms to get real government relief that targets minority-owned businesses.

How to Register as an LGBTQ+–Owned Business

The NGLCC has an even more robust system to get certified as an LGBTQ+–owned business. That particular small business advocacy group employs an “exclusive, third-party certification body that verifies that eligible businesses are majority-owned by LGBT individuals, and subsequently grants Certified LGBT Business Enterprise (Certified LGBTBE) designation to such businesses as part of its LGBT Supplier Diversity Initiative.”

The NGLCC’s database of LGBTQ-Owned Businesses is not yet public—it’s currently more a tool for private industry networking and organizing. Access to the database requires you to get verified as an LGBTQ+–Owned Business, which requires successful completion of their application process.

Gay people remain a disenfranchised minority in the United States, and every LGBTQ+ small business owner in the country can tell you a story about the times they were discriminated against because of their sexual identity and who they were. The federal government has been trying to right these historical wrongs in recent years, but they’re hindered by inaccuracies in data collection.

Representation matters, and some groups are trying to get LGBTQ+ identities included on the US Census.

“It’s important for us to get this data to really understand the whole breadth and diversity of our community,” National LGBTQ Task Force communications director Cathy Renna tells NBC News. She clarifies that this is not about  “diversifying the questions” or issues of “sexual orientation or gender identity—it’s also about race, economic status, and issues like homelessness.”