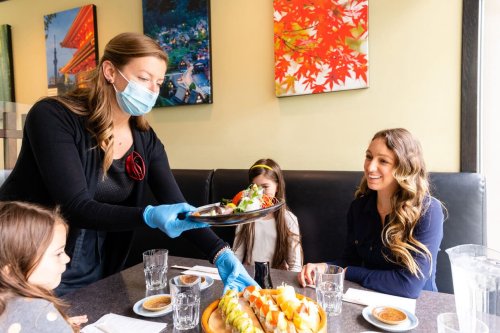 The ‘Tipped Wage’ Could Be Eliminated for Tipped Employees

A recent push to increase the minimum wage was shot down from President Biden’s new COVID-19 stimulus package. Yet many Democratic lawmakers are still pushing for a $15 minimum wage, with Senator Bernie Sanders telling CNN, “If anybody thinks that we’re giving up on this issue, they are sorely mistaken.”

But the Democrats’ current proposal includes more than just raising the minimum wage. It also phases out the tipped minimum wage, an existing cost-saving measure that allows some businesses to pay certain employees less because they are otherwise compensated in tips.

Some tipped employees are fiercely protective of the current wage and tipping structure. Others think it exploits them and treats them unfairly. Let’s take a look at the federal tipped wage and how changes to it could affect a significant percentage of small businesses nationwide.

How Is the Tipped Wage Different From the Minimum Wage?

The federal tipped minimum wage is currently $2.13 per hour, as compared to the regular minimum wage of $7.25 an hour. This tipped wage is in effect in most of the country, as 43 US states have that same $2.13 tipped wage. We should note that the employer must make up the difference for a tipped employee who does not make $7.25 an hour.

The tipped wage differs significantly by state, ranging anywhere from $2.13 to $14. The US Department of Labor has a chart showing the tipped wage in all 50 states.

What Types of Employees Get Tips?

Changing the tipped wage would mostly affect the restaurant industry. An analysis by the Economic Policy Institute found that 60% of tipped employees work in food service. But the tipped wage also applies to other types of workers.

Here’s a list of what types of employees receive the tipped wage, listed in the order of how many American workers are employed in these fields:

Do Employees Want the Tipped Wage?

In restaurant lingo, employee sentiment on tips generally depends on whether one is a server (“front of the house”) or a cook or dishwasher (“back of the house”). Unsurprisingly, the front-of-the-house servers who make stellar tips on a busy night prefer the tipped wage. The back-of-the-house workers who make the exact same money on very busy and very slow nights would prefer to see some reform.

Tipped employees in the best-paid sectors or regions are happy with the current tipping wage structure. But with consumers tipping less under COVID-19, according to a recent Fast Company study, workers of color are being significantly left behind.

A cursory scroll of any restaurant server’s Twitter feed shows receipt photos of how some customers don’t tip at all, and others leave insultingly small tips along with mean handwritten notes. But there’s also conclusive research that a server’s tips are affected by race, by age, or even by the employee’s perceived physical attractiveness. Tipping is a system that does discriminate against women and people of color.

Do Restaurant Owners Want to Eliminate the Tipped Wage?

TGI Fridays CEO Ray Blanchette recently told CNBC how he felt these moves would end up hurting his chain’s servers.

“In the front of the house, where we spend a lot of hours, we would clearly be cutting back hours if something that dramatic happened,” Blanchette told Squawk on the Street. “And we’d have to materially raise prices, which doesn’t feel like that would be right.”

“If the cooks are making $15 to $18 an hour and then suddenly the waitresses are now making $40 an hour, that doesn’t make any sense to me,” Blanchette said.

But owners and workers are not always on the same page. Many servers currently make more than $40 an hour, while cooks make substantially less than $15 an hour. These “front of the house/back of the house” inequalities already exist.