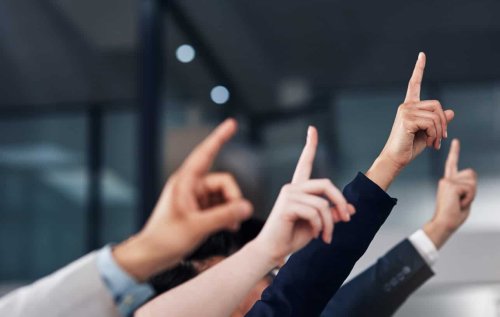 Will Labor Unions Be Revived?

Labor unions were once a pillar of the workforce. But in recent years, they’ve experienced a steady decline.

Yikes. Cutting membership nearly in half is a pretty significant change. So what led to this decrease? And even more importantly, will we see labor unions start to make a comeback? You have questions—and we have answers.

What Is a Labor Union?

Before we get into the future of labor unions, it’s important to understand their past—including a simple labor union definition.

According to Merriam-Webster, a labor union is “an organization of workers formed for the purpose of advancing its members’ interests in respect to wages, benefits, and working conditions.”

Unions date back to the late 1700s when shoemakers in Philadelphia came together to form the Federal Society of Journeymen Cordwainers in 1794. To state it plainly, labor unions were a way for workers to come together and demand things like fair pay, safe working conditions, and reasonable hours.

These groups were undoubtedly effective in doing just that, and they’ve even played a major role in shaping many labor laws that regulate everything from overtime pay to civil rights.

With those strong historical roots, the power of unions holds true even today. Additional data from the BLS shows that the median weekly earnings of union members was $1,095 in 2019. In comparison, non-union workers earned only $892. It’s proof that coming together really does help workers advocate for more.

Why Have Labor Unions Declined?

Fair wages and better working conditions? There’s no denying that labor unions are good news for workers. Additionally, the National Labor Relations Act (NLRA) of 1935 gives employees the right to form, join, or assist a union.

If that’s the case, why have these groups experienced a steady nosedive?

Well, the issue is complex, and there are a number of reasons behind why workers are no longer organizing in this same way. These include:

Those factors all play a role, but there’s another driving force between this decrease in labor unions: most employers don’t like them.

The truth is that unionized employees introduce a lot of red tape and headaches for employers. They can no longer directly negotiate with their employees, as everything needs to go through union representatives (a process known as collective bargaining).

As a result, many employers do everything they can to prevent the formation of unions. Amazon, as just one example, has relied on employee surveillance tactics to try to cut unions off at the pass.

Companies also invest a lot of money in trying to stave off unions. Research from the Economic Policy Institute shows that this distaste for the organization of workers has inspired an entire $340 million industry of “union avoidance” consultants—professionals that employers hire to try to prevent employees from unionizing.

Will Labor Unions Make a Comeback?

It might seem like the odds are stacked against labor unions ever experiencing a resurgence, but things aren’t quite so cut and dried. In fact, that same data from the BLS about the prevalence of unions revealed something interesting: unions experienced a bit of an uptick in 2020.

While union membership was 10.8% in 2020, that’s actually a 0.5% increase over 2019. Additionally, employees at many large, well-known companies have either threatened to unionize or already organized in that manner:

As the working world continues to shift and evolve, it’s clear that many employees are turning to unionization as a way to get the pay, benefits, and treatment they deserve.

“When a system cannot or will not provide a rising standard of living for the majority of its citizens, history tells us that system is changed, one way or the other,” explains Richard Trumka, president of the American Federation of Labor and Congress of Industrial Organizations (AFL-CIO), in an interview with Yale Insights.

“I think we could be on the cusp of a whole new wave of worker actions and organizing, though not necessarily through traditional unions,” MIT Professor Thomas Kochan explains to Axios.

So here’s the long and short of it: labor unions seem to be experiencing a very minor revival. But ultimately, only time will tell if the changes employees desire will happen through traditional labor unions—or something else entirely.