Home Why You Should Include Women On Your Leadership Team

Why You Should Include Women On Your Leadership Team 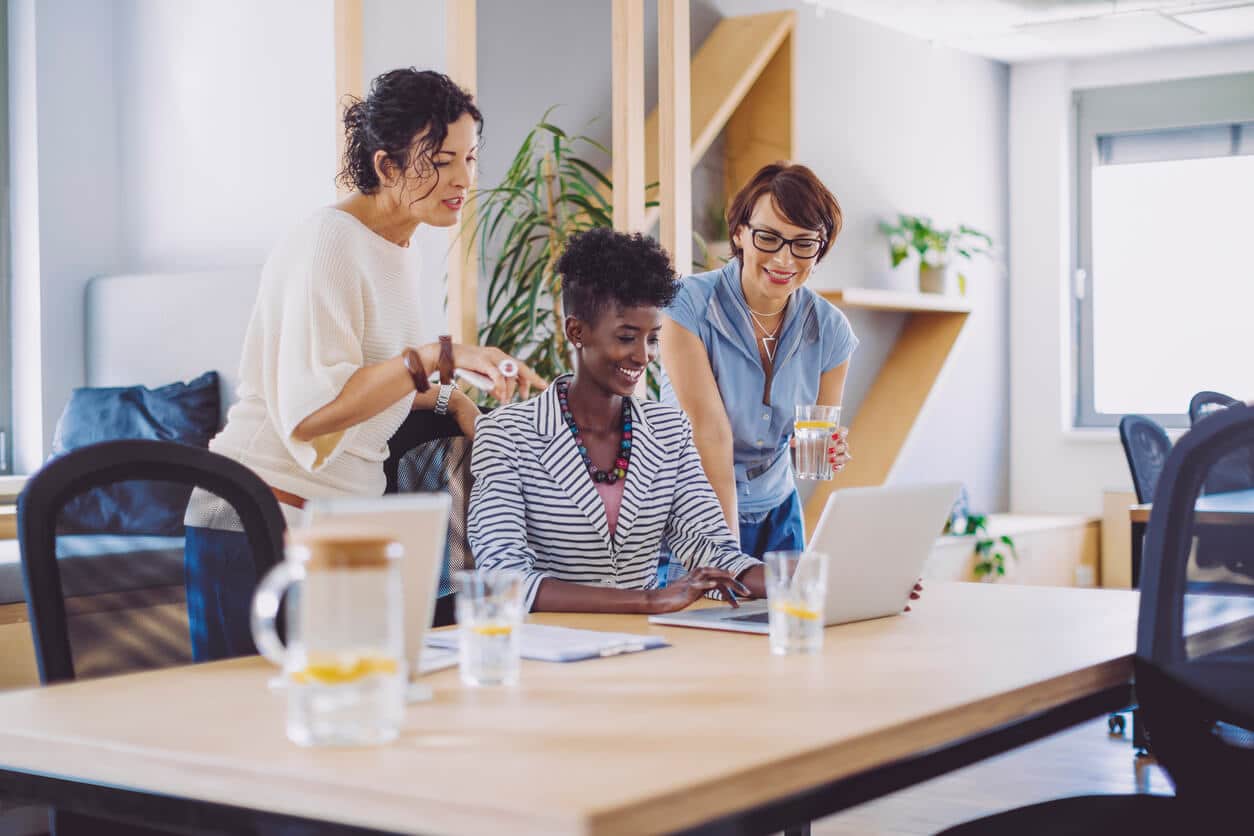 Business is competitive, and getting an edge over the firm next door yields significant advantages. Forming a gender-diverse leadership team can help your business acquire that edge.

A diverse leadership team fosters achievement and increases your likelihood of success. Most business owners frequently hear about team-building, hiring the right people, and all the other ‘right things’ to do – but cultivating a gender-diverse team is just as important.

Here are 4 reasons to put more women on your leadership team:

1. Women take the lead in education.

Women account for 56% of all college enrollment, including 4-year institutions. That’s over 2 million more women than men receiving college education, and the gap is growing each year.

Also, consider this: women are more likely to graduate high school (72% compared to 65% nationally) as well. In fact, in the past 30 years, women have caught up and now eclipsed males at nearly every educational level. That translates into a lot of brainpower you could add to your board meetings.

As Influencer, Purchaser, or Vetoer, women are nearly 4 times more likely to be making the final decision on purchases. Surprisingly though, women make up just 6% of CEO positions in public companies and less than 20% of all governing boards. Despite all the purchasing power, it just hasn’t translated into women running public companies.

Perhaps more surprisingly, this disparity exists for companies that primarily service women. As recently as 2016, the cosmetic company Revlon had 1 female on their executive team of 14 people. Do you wonder if another female voice in the room might better represent their customer base?

In a 2013 UK study, 120 men and 120 women were pitted against each other to complete a set of varied tasks as quickly as possible. The winner? Those without the Y chromosome. Running an office where the phone is ringing, a contract needs proofreading, and the 3rd quarter financials are due tomorrow? Odds are a female can juggle responsibilities better than a male candidate.

The reason? Women in the study exhibited more organization under pressure, spent more time thinking at the start of a task  to avoid early mistakes, and were able to act upon more information.

In the Dan Abrams book Man Down, his research on the gender divide led him into England’s famous MI6 spy organization and WWII. England employed a vast array of spies both within its own country and across the European continent during the war. Most of these spies were nothing like James Bond. They were, however, dedicated to helping their country defeat nazis through information gathering. And guess who was best at it? Turns out it wasn’t the tuxedo-wearing, gadget-wielding, martini-drinking Bond. It was the lovely costar.

Women were better at nearly everything you’d consider a spy performance report including:

How? It turns out women were less inclined to fall for misleading information, more inclined to ask additional questions of informants, and more adept at observing body language such as nervousness through fidgeting.

How can this help you? Think about choosing between two service providers. Which decision maker on your team might ask follow-up questions? Which will figure out who’s blowing smoke and who’s telling the truth? Which can provide you an accurate assessment of what is happening in the market? A female might be the way to go.

The Bottom Line: The people that work with you to build your company, support your customers, and create your products are your most important resource. Choosing the best team means also evaluating our own biases, and overcoming them. When we forge skilled, productive, and diverse teams, we find success.

Jarum is the Senior Marketing Manager at Lendio, specializing in Digital Content, Email, and Display. He earned his MBA from the University of Utah and launched his first company soon after. If he's not at his desk, you'll find him gardening, hiking the Rockies, or spending time with his wife and daughter - probably talking their ears off about U.S. presidential trivia.