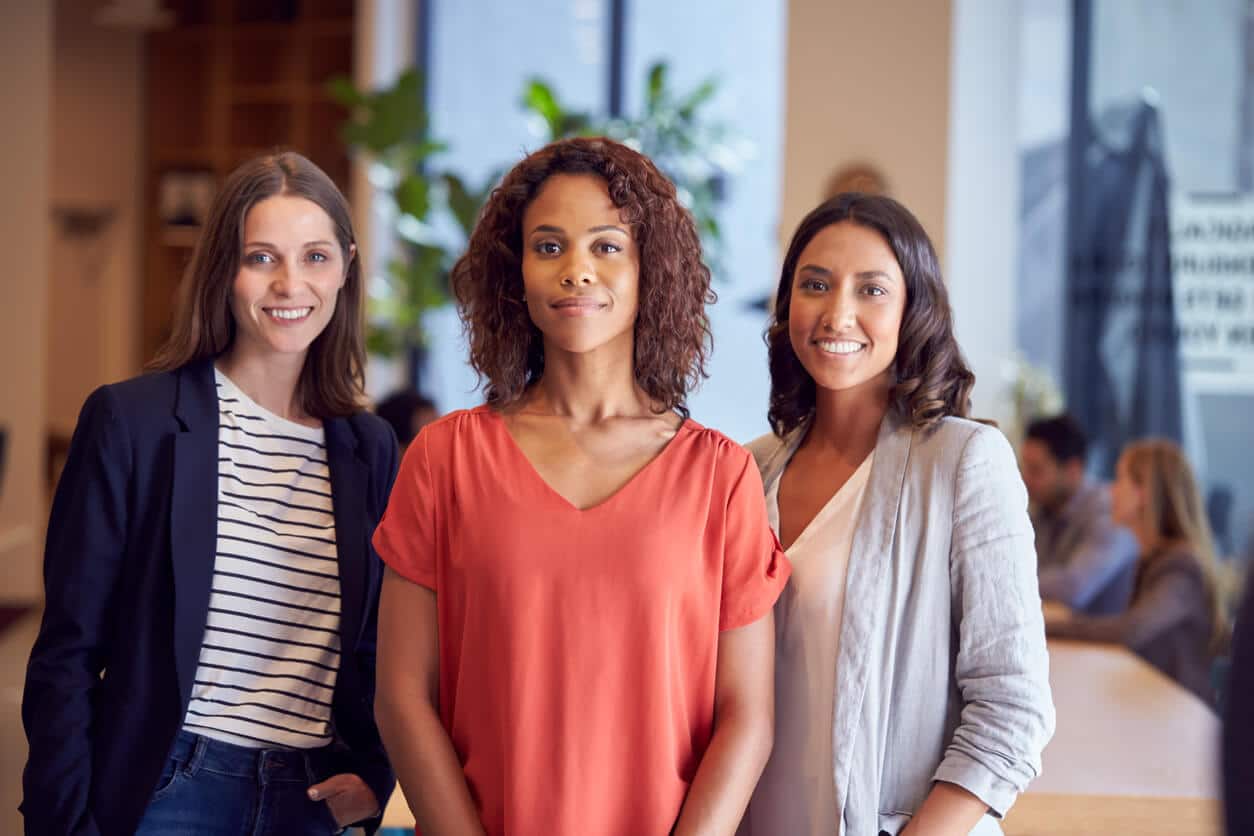 Do a cursory search for stock images of a “working woman” and you’ll find almost all of them look like this: a young, attractive woman sitting at a computer, talking on her cell phone while simultaneously holding a baby.

In most of these images, the woman looks peaceful and serene. She’s juggling all of her priorities effortlessly, soothing a crying child while sending off that next report.

For those of us here in the real world, however, working women rarely “have it all.” Being a working woman in America requires superhuman abilities, to say nothing of the financial and cultural pressure. More than 1 in 4 women are considering leaving the workforce, according to McKinsey’s Women in the Workplace 2020 report. Who can blame them?

At the current rates of progress, the United States will not reach gender parity until 2108. Dive deeper into specific states, and it becomes clear why we have a long way to go.

For a country that values equality, the performance across US states varied wildly, with the top-performing state (Massachusetts, 0.709) scoring 7 times higher than the bottom state (Louisiana, 0.167). 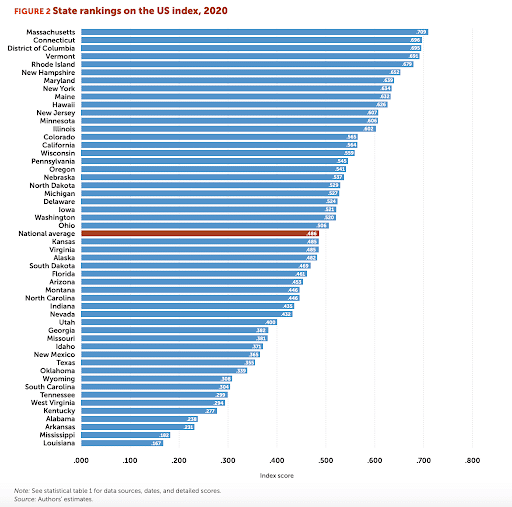 The reason? Reproductive rights and access to healthcare played the largest role. Only 9 states offer mandated paid parental leave, and 16 states refuse to ratify the Equal Rights Amendment, which amends the constitution to guarantee all citizens the same rights regardless of gender.

This reflects the growing regional centers of power across the United States. All 6 New England states crack the top 10 in the list, while the bottom 5 are all in the Southeast. “Contrary to conventional wisdom, the most significant and abiding divide in American politics isn’t between city and countryside, but rather among regional cultures,” writes political scientist Colin Woodard for the New York Times. “…Our true regional fissures can be traced back to the contrasting ideals of the distinct European colonial cultures that first took root on the eastern and southern rims of what is now the United States, and then spread across much of the continent.”

Woodard’s research identifies 11 political regions he calls “nations” that coalesce around specific cultural norms and tend to have similar policies: 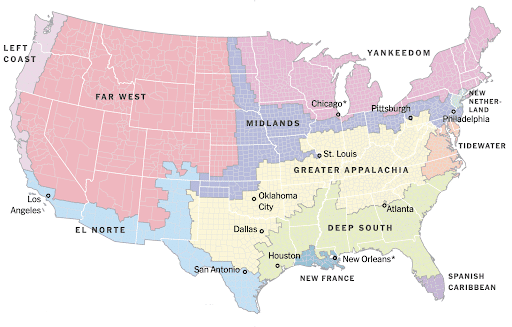 Source: The Maps That Show That City vs. Country Is Not Our Political Fault Line. New York Times.

While the Georgetown Institute report noted that regionalism wasn’t the be-all-end-all of gender inequality, where you live does offer a different cultural and political view on what it means to be a woman today—which can dramatically impact your business. 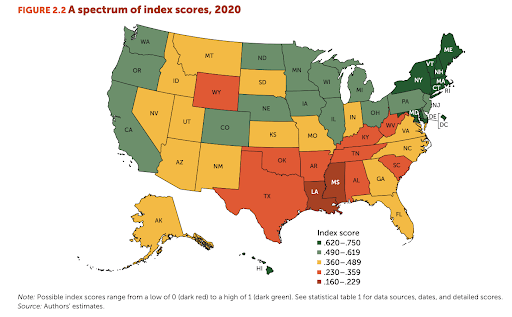 Women—especially women of color—are disproportionately impacted by COVID-19, primarily from working an unending double or triple shift: caregiving for children or aging parents on top of a grueling workweek.

“In the United States, women do twice as much unpaid care work as men,” Kweilin Ellingrud, Senior Partner at McKinsey & Company, told M.M. LaFleur. “Originally, pre-COVID-19, 80% of that was shopping, cooking, and cleaning. Only about 15% of that was time taking care of kids, and now that piece has dramatically increased.”

That’s because women don’t just face lower potential earnings—it’s still an uphill cultural battle to be recognized as a member of the workforce. With the president assuring women voters that he’s “getting their husbands back to work,” it’s no surprise that 28% of men believe that it’s better for women to remain at home.

“The coronavirus pandemic has both exposed and worsened the injustices faced by women,” the study’s authors write. “Yet the disadvantages facing women existed long before the pandemic’s onset, underlining the need for a comprehensive examination of chronic barriers.”

How This Disparity Impacts Business Opportunities

More than 75% of American CEOs say that gender parity is a priority, but how much of that is talk? As a business owner, it’s up to you to treat your employees equally, with opportunities to advance. That doesn’t just help your team—company profits and share performance can be close to 50% higher with women represented in senior leadership.

83% of adults believe that, in light of the COVID-19 crisis, it is as or even more important that women be paid the same as men for equal work.

But that’s not the case everywhere in the United States.

In Louisiana, for example, women earn 68 cents for every dollar a man earns, on average. The national average doesn’t get much better—only 82 cents for every dollar (a gap that widens for women of color). Consider how you’re structuring compensation for your employees and whether or not pay is both transparent and equal across roles and genders.

Remote work brings new challenges—and with them, your policies and processes need to shift. This is a great time to re-evaluate performance reviews, hiring, and promotion with an eye toward diversity and inclusion.

Even before the pandemic, female business owners faced structural barriers to running their own businesses, from access to investors to gender bias. Nearly 40% of the hardest-hit businesses—those in the food services, retail, and accommodation industries—are owned or jointly owned by women.

Women in business need more support than ever if we’re going to get through this “new normal” together.