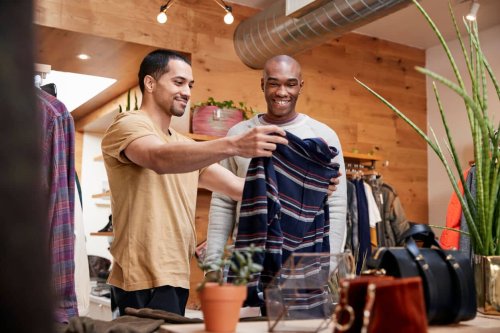 How Young Consumers Are Rethinking Retail

As Generation Z reaches their teenage and early adult years, retailers are already scrambling to determine how best to reach this huge demographic.

The age boundaries that define this demographic cohort will be debated for decades, but most analysts say Generation Z includes those born between 1998 and around 2012, although a more general definition might span from 2000 to 2019.

As a point of reference, the baby boomers, defined as those born between 1946 and 1964, are the only generational cohort that shocked the American way of life in an empirical way—there was a population boom of babies born in the years after World War II, and, as that large population ages, its sheer size has outsized effects on various institutions.

Generation X, millennials, and Generation Z are therefore mostly defined by cultural and technological signifiers. And because Generation Z are still very young, it’s impossible to know for sure what their retail demands will be. However, your competitors are probably already preparing for them now based on the evidence available, so it’s important to think about how to woo this cohort.

“I think from a Generation Z point of view—although as a population, they won’t peak for another 10 years—we’re really looking at them as the core influencers today that have a really big impact on both millennials and Gen Xers in terms of what they buy,” explains McKinsey partner Bo Finneman. “In size, they will definitely reach scale in the next 10 to 15 years, but it’s about their influence today—that’s what’s so important.”

For most of us, we experience the technology that came out around our birth as a given. Most millennials, for example, will have a hard time remembering what life would be like without easy access to recorded media (i.e., a time before VCRs, home gaming consoles, and cassette tapes).

Generation Z are digital natives—they were born as the internet became widespread and are entering adulthood as screens penetrate most aspects of life, a situation that’s only been exacerbated by the coronavirus pandemic.

For most retailers, Generation Z will want to meet you on the digital plane as they mature. In many cases, this might be the only space where they will engage with you.

“If you are a retailer that doesn’t have a digital strategy or is still trying to put one together, you are going to completely miss out,” Maya Mikhailov, a marketing executive at financial services company Synchrony, told Forbes. “The new brands that are coming up are not necessarily coming up locally, they are coming up on Instagram, finding niche audiences, attracting those audiences, and catering to them completely. Also, just understanding how you are going to be convenient to this next generation of shoppers [is vital].”

Mikhailov added that Generation Z comprised 40% of all consumers in 2020.

In terms of shopping habits, though, McKinsey associate partner Emma Spagnuolo says that research suggests Generation Z shares traits with other Americans of every age.

“We’ve run a segmentation on Gen Z in isolation from the rest of the population,” she says. “And when you do that, they actually break down into the same 7 segments that we see in the total population as well. We like to think of these segments within 3 clusters that are [each] driven by a single value.”

These 3 clusters prize different values. One group is always looking for the best price, while another is looking for the highest quality product. A third group is more focused on image: these consumers want to express themselves—to the world, to their social niche, or even just to themselves—through what they buy.

While it isn’t set in stone, a lot of experts think a higher percentage of Generation Z will fall into this third image-centric cluster of consumers than previous generations. For companies, that means thinking about not just the product but the societal impacts of the business itself.

“Gen Z wants to support and participate in brands that they believe in and that reflect them,” Chad Kessler, the global brand president at American Eagle, told Business Insider. “They are loyal to brands that they feel understand them and reflect their values. We have always been a brand that stands for inclusivity, diversity, and youth empowerment, and I think that resonates with this customer.”

Finally, there is evidence that Generation Z will be very cost-conscious. In many ways, the worldview of many “zoomers” has been defined by precarity. They were born just before or in the wake of 9/11. The global Great Recession began in 2008, which was followed by an extended, although unequally distributed, recovery. This economic boom abruptly ended with the pandemic, and it remains unclear how quickly the economy will rebound when the COVID-19 vaccine becomes widely available.

While consumer habits are shaped by a slew of forces, the lived experience of many people in the Generation Z cohort will give them reasons to be thrifty.