Home Running A Business Small Business Hiring What Are You Afraid Of? Employers 3 Biggest Fears When Employees Ask for a Raise

What Are You Afraid Of? Employers 3 Biggest Fears When Employees Ask for a Raise 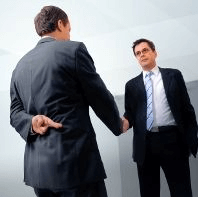 If you make promises or imply that a raise is forthcoming after a certain period of time or after certain performance goals are met, you have to come through. However, it isn’t really money that motivates most employees as long as the compensation is fair. Don’t get me wrong, everyone wants to make as much money as they can, but money isn’t the only thing that matters. They just don’t want to feel like you’re taking advantage of them.

Earlier this morning I came across an article published a couple of days ago by Kim Keating, Founder and Managing director of Keating Advisors, What Your Manager Fears Most When You Ask for a Raise. “If you’re waiting for your boss to tell you ‘good job’ and offer you a much-deserved raise, chances are it isn’t going to happen,” she says.

“Why not?” is my response. We’ll talk about that later, but here are the three things she argues you’re most afraid of:

I’ve worked and managed organizations that didn’t want formalized review cycles because they didn’t want to address the issue of compensation every year. I admit, I didn’t have a scheduled annual review in any of the small business I was responsible for, but I did make it a point to talk to my employees every year and it usually amounted to a bump in pay of some kind—even if it was a modest bump. I’ve also worked in businesses that had formalized reviews, companies where promises were made and broken, companies that kept every promise they ever made to me, and others where excuses abounded. I’ve always appreciated those who never forced me to initiate the conversation hat in hand—which is why I always treated my employees the way I did.

What are you afraid of? How do you address employee compensation? What do you do when an employee asks for a raise?