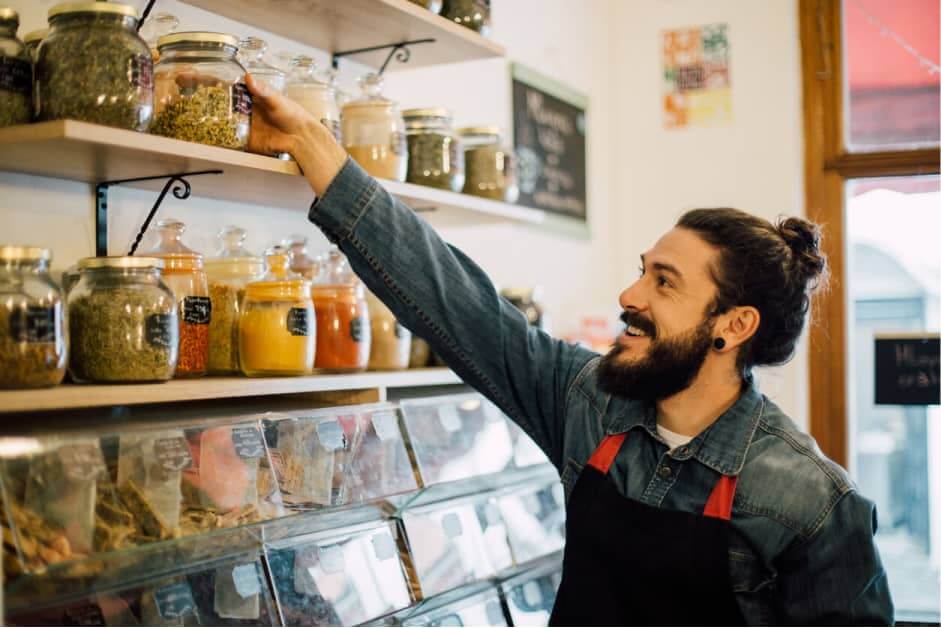 Editor’s note: This article was originally published in 2020 with updates in December 2022 by Rachel Mennies Goodman and Lendio’s editorial team.

When the New York Times published an article this week noting that economists are again predicting normal levels of inflation by the end of next year — which, a year ago, they predicted would happen by the end of this year — it was a reminder to business owners and consumers everywhere that economies are cyclical. And that even the most fine-tuned cycle can have problems shifting into the next gear every now and again.

“At this time last year, economists were predicting that inflation would swiftly fade in 2022 as supply chain issues cleared, consumers shifted from goods to services spending and pandemic relief waned. They are now forecasting the same thing for 2023, citing many of the same reasons.”

From Inflation Forecasts Were Wrong Last Year. Should We Believe Them Now?

The thought of inflation returning to 2-3% in 2023 is exciting, and that goes double if it means the economy avoids a recession. But you know what else is exciting? Running a business that can weather just about any economic storm. Or as we like to call them, “recession-resistant” businesses.

So where would you find one of those? In our updated list of recession-resistant businesses, each harboring the possibility of financial rewards even when an economy dips into a not-so-rewarding time.

Ready to apply for funding for your new idea?
Lendio's online, 15-minute application can help you find out the financing options available to your business.
Apply now

Discount retail is the only industry to appear twice on the list of the top 10 S&P 500 stock performances from 2008, a.k.a., the most recent, official recession in memory. During the 2008 recession, Walmart’s stock grew 20% and Dollar General’s increased 60%. It’s not just stock prices either—in 2008, Dollar General’s sales increased 9%.

Small businesses can see this bump, too. During any economic downturn, convenience stores and local shops may displace grocery stores and bigger retailers by providing lower prices — and convenience.

Any time that goods are bought and used, they need to get from Point A to Point B. That’s why FedEx’s and UPS’s domestic operations continue operating during a slowdown. There is, of course, a catch: the broader “shipping and logistics” industry was shown to be susceptible to slowdowns when the Covid pandemic disrupted international supply chains. Still, that same period also highlighted the value of local point-to-point delivery as Door Dash, Uber Eats, GrubHub and the like experienced a spike in new customer acquisition in early 2020.

Remember Maslow’s hierarchy of needs? At the bottom level is food. We all need to eat. And if households pull back on restaurant fare during economic challenges, that often means a boost in the sale of groceries for at-home cooking. More simply put, when economies go south, sales of basic staples increase.

Does that mean luxury food items take a hit? A quick look at 2008 indicates no. “We’re seeing an increase in items like pate and robust cheeses, blue cheeses, washed-rind cheeses,” said Whole Foods specialty coordinator Frank Schuck noted in 2008.  “With these items, a little goes a long way.”

Think back to the toilet-paper rush of March 2020. Whenever there’s a blip in the economy, household essentials hold their own. Falling under the same umbrella as grocery staples, certain household and hygiene essentials are inevitably the last things cut from household budgets or business budgets. This is also a case in which luxury vs. housebrand may not matter so much. A shopper might buy an off-brand disinfectant spray, seeing no difference from the name brand, but splurge on the tissues that make their nose feel good.

The demands for gas, water, and power continue during a recession. When prices for each of these necessities is high, however, growth slows. Where are we now? Gas prices have dropped to the lowest level in more than a year. If history has a say in the matter, that means consumer spending on fuel will start to climb up.

As the saying goes, only two things in life are certain … and accountants help prepare one of those things, taxes. Accountants generally have low unemployment. During the 2008 recession, the accounting sector added thousands of jobs as unemployment neared 9.7%.

Funerary workers help prepare the other “certain thing” in the aforementioned idiom. The death industry has faced numerous issues not directly related to recessions over the years, including consolidation of small businesses and longer life expectancy. But even as spending on death decreases, it doesn’t ever completely stop, so funeral homes and services tend to have a steady supply of business.

During a downturn, households can’t afford to buy a new home. However, they might have enough money to repair and remodel their current home. Nasdaq.com notes, “Home Depot is poised to maintain its sales growth through difficult times and boom once the economy recovers due to the state of the housing market.” That same trend likely extends to competitors Lowe’s and local hardware stores and to businesses and contractors who do repair jobs, too.

Usually, auto repair and auto parts stores see increased business during a recession as consumers do their best to hold onto their cars instead of buying new ones, although consumers may only invest in the most necessary repairs. Still, after a few years of supply challenges, it’s hard to predict what might happen if the economy enters a recession in 2023.

People continue washing their clothes during a recession. Cleaners and coin-operated laundries still face numerous challenges: consumers might wait longer between washes, and location and changing demographics can wreak havoc on a laundromat if its customer base moves out. But well-located laundromats can expect to see at least some business even during a downturn. Plus, households might opt to hold off on repairing a broken washing machine and use a laundromat instead until their financial condition improves.

Sit-down restaurants often feel the pinch of a recession as households stay in and cook more to save money. But fast food stalwarts like McDonald’s and KFC see relatively steady sales during downturns as consumers look for value and comfort. Incidentally, the 2008 recession was one of the major catalysts of the fast-casual trend. Restaurants like Chipotle, Shake Shack, and Noodles & Co. found success with slightly higher-quality ingredients and made-to-order meals, even if it was a bit more expensive than traditional fast food. At the same time, casual chains, including Applebees and Chili’s, saw a dip in sales with 2008’s more value-conscious consumers.

So-called “sin” industries often do well during recessions, and alcohol sales grew following the 2008 financial crisis. Interestingly, craft beer sales grew in the 2008 recession as sales of macrobrews (Budweiser and Coors) fell significantly. Why? No one is sure, although value-conscious consumers may have been treating their 6-pack in the ‘fridge as an affordable luxury and prioritizing taste (and possibly higher alcohol content) over price.

Some businesses only do well when someone else is having a terrible day. In early 2020, when the US economy was eyeing its worst situation since the Great Depression, Fortune noted that job listings for bankruptcy attorneys had tripled “since January [2020] on online job board ZipRecruiter, while postings across all industries have fallen 48%.”

Lawyers aren’t the only ones who have to swoop in during tough times. Collections agencies can experience increases in traffic during recessions, although it’s a double-edged sword: the 2008 downturn showed that as work for collections agents increased, profits decreased because they were collecting smaller sums and cutting their profit margins.

BTW, repo services also see a huge surge of repossessions early on in a recession, but it doesn’t last. If the economic stagnation lasts for more than a year or two, there are simply fewer cars left to repossess.

The failure of garbage pickup is one of the most commonly-cited signifiers of infrastructure failure. Expect garbage disposal to be one of the last services to be cut or reduced. Barron’s notes that “80% of sales are service-based and not tied to the health of the overall economy.”

Staying Ahead of the Economy’s Fluctuations

BTW, research from the Harvard Business Review provides crucial lessons for any business hoping to endure a possible recession—and the first lesson, perhaps the most important, is to start preparing early. There are a million reasons to wait, but they’re all outweighed by the fact that delaying efforts only dilutes your prep’s ultimate effectiveness.

“Main Street has it right,” explains the HBR. “Even as the debate about ‘when’ continues among economic forecasters, companies should begin to prepare themselves for the next recession…as getting ahead relative to peers (even slightly) during recession gives companies an advantage that is tough to reverse when the economy is doing better.”

So whether you’re considering a pivot of your business model, an addition to your services, or simply applying for financing, like a small business loan or a business line of credit to ensure you retain a positive cash flow regardless of what the economy throws your way in 2023, taking action early is the best way to minimize the impact of an economic downturn.