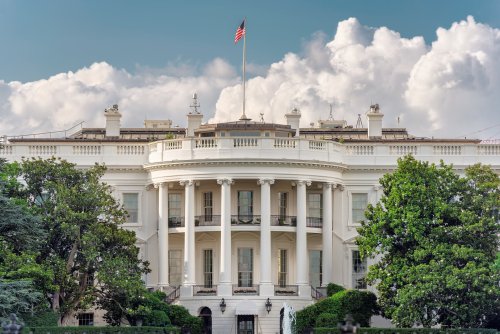 How Could COVID-19 Impact the 2020 Presidential Election?

The COVID-19 crisis has already hit 2020 presidential election voters in a sad and profound way. Wisconsin proceeded with its controversial April 7 primary while infections were still spreading, and NBC News reported the first 7 positive cases among voters and poll workers 2 weeks later. Two Florida poll workers tested positive after that state’s March 17 primary. The results have scared state election officials into moving most of the remaining primaries out until June and later or making them entirely vote-by-mail affairs.

But the pandemic hasn’t merely disrupted the presidential election. It has almost removed the election completely from our new national coronavirus conversation of evolving public health catastrophes, widespread layoffs, and terrifying financial instability.

If you’re a small business owner or thinking of becoming one, you probably have an opinion on whether President Donald Trump or Vice President Joe Biden would be a better president for your business. The outcome of this election is a matter where your business has a stake, so let’s take a look at how COVID-19 is forcing an unprecedented and unpredictable stay-at-home  election that the New York Times has called “the country’s first virtual campaign.”

The Times predicts overwhelming public health concerns and constant coronavirus developments may drown out election news until the very last minute, or at least, the last minute by American standards. They foresee a 2020 presidential election that “could look more like one of Britain’s 6-week general election sprints,” wherein US voters don’t really even start paying to the election until mid-September. But an underlying group of constantly moving parts is changing what the election will look like this November.

There Are Still More 2020 Presidential Primaries

Technically, Joe Biden is not yet the Democratic nominee. More than a dozen states still haven’t held their presidential primary elections, according to a 2020 primary calendar the Times updates regularly. The very last state of Connecticut will not vote until August 11, or about a month after the Democratic Convention was originally scheduled to take place. (That convention has since been moved back.)

But those states’ primary elections will serve as crucial testing labs for a November contest likely to be conducted, to a massive degree, by the US Postal Service.

November is still quite some time away, but it also kicks off the flu season. Centers for Disease Control director Robert Redfield just said a second and even worse outbreak could be coming with that flu season. Unless COVID-19 is completely eradicated by November 3, a rose-colored outcome that few expect, significant numbers of voters will be apprehensive about going to the polls in person.

That percentage of voters could be large enough to sway the election. The 2016 presidential election outcome was less than a 2 percentage point difference—on which President Trump was on the lower side but still pulled out an Electoral College victory. The availability and effectiveness of state and local vote-by-mail operations could also have trickle-up effects that no one can predict right now.

But in another case of horrible timing, the elephant in the room is the precarious financial situation of the US Postal Service. Postmaster General Megan Brennan said in early April that postal service could “run out of cash” by September, which sure sounds like something that might affect vote-by-mail capabilities.

How Will Candidates Campaign in the 2020 Election?

President Trump is, of course, doing his ubiquitously-watched televised daily briefings. Vice President Biden has done a smattering of cable news town halls and TV talk show appearances. Despite the enormous audience gap between these 2 strategies, Biden has maintained a pretty good lead over Trump in the RealClearPolitics polling average over time.

There’s some talk that in-person campaign events could resume over the summer, but this is still just chatter. Live campaign events might be prioritized for states with lower infection rates as opposed to the actual swing states that will determine the winner of this election.

Will the Economy Rebound Before the Election?

A meaningful economic recovery, or the lack of one, may also determine the presidential election. In forecasts of the long-term economic impact of COVID-19 on businesses, some optimistic analysts predict the economy could begin to rebound as quickly as July. Other dire predictions caution that the economy might not really revive until 2021 or later.

But these estimates are from big financial firms that may be paying more attention to the stock market more than mom-and-pop shops. Many small businesses could be wiped out, with the US Chamber of Commerce estimating that 24% of small businesses could close permanently within the next 2 months. The Federal Reserve says that number might only be 17%. Frankly, either situation would be an unmitigated disaster.

Any recovery packages seen as prioritizing Wall Street over Main Street could drive a political divide between small business owners and their employees, versus the larger chains and corporations that have benefited from stimulus relief.

What if a Presidential Candidate Gets Coronavirus?

Joe Biden and Donald Trump are the 2 oldest US presidential election nominees ever. So their health would be an issue even if COVID-19 weren’t killing thousands of Americans daily.

FiveThirtyEight asks What Happens If A Nominee Dies Before The General Election?—an unsavory question that regrettably does need to be considered. They found this decision depends on when the nominee falls ill or becomes incapacitated, and the rules differ based on 3 very distinctive calendar dates:

On the Republican side, it’s a near-certainty that Vice President Mike Pence would be the Republican candidate under any of these circumstances. It’s far more complicated for the Democrats.

Should anything happen to Biden before the convention, one of the vanquished candidates who “suspended” their campaign would likely swoop back in for a nomination grab. The real vote would then come down to the 447 members of the Democratic National Committee, so it’s anyone’s guess which candidate would win the jockeying in smoke-filled rooms conducted via Zoom meetups. Once Joe Biden picks his vice presidential candidate, though, that individual is likely his de facto replacement from there on out.

Whichever candidate wins on November 3, their vice president would almost certainly become president if they died before the January 20, 2021, Inauguration Day. But FiveThirtyEight points out that an inconsistent patchwork of state Electoral College laws could create a bizarre constitutional crisis of “faithless electors” in that exceedingly unlikely circumstance.

The US Had Held an Election in A Pandemic Before

America successfully held the 1918 election amidst the Spanish Flu outbreak, and the Republic did survive. But that was a midterm election where President Woodrow Wilson was not on the ballot. If you think that election has any instructive value, Wilson’s party lost both the Senate and the House of Representatives.

The temptation is to say that the COVID-19 pandemic will overshadow every other issue in the campaign. But that’s not true. Coronavirus will now directly influence every other issue in the campaign, from the economy to healthcare to foreign policy to how local post offices handle mail-in ballots. Whichever candidate better navigates these extraordinarily thorny issues will probably win this very unusual election.