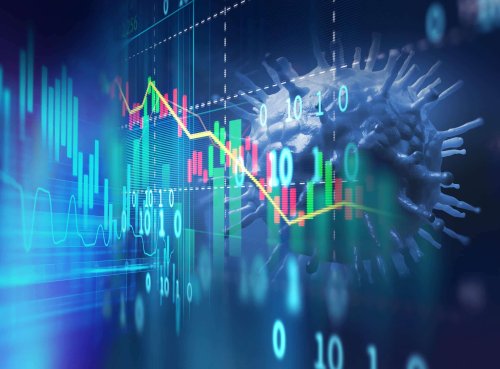 The Ethics of Reopening America

Reopening America. Should we or shouldn’t we? What counts as a responsible reopening of the American economy?

Experts agree that reopening too soon means more people will die. But if America waits too long to reopen the economy, can the economy recover at all?

Who Reopens the Economy?

Part of the question includes who controls reopening the US economy. Is it the federal government or the state/local governments?

On April 13, President Trump asserted that the president determines when the economy reopens by stating that “the president of the United States calls the shots.”

But constitutionally, that isn’t accurate. As stated by Kathleen Bergin in an NPR article: “These are matters for states to decide under their power to promote public health and welfare, a power guaranteed by the 10th Amendment to the Constitution.”

Some states responded to Trump’s declaration by forming regional collaborative groups to create guidelines for reopening the economy in their geographic areas. The states recognize that reopening the economy in one state could impact public health in a bordering state. “The reality is this virus doesn’t care about state borders, and our response shouldn’t either,” Gov. Gina Raimondo (D) of Rhode Island.

On April 16, President Trump released the “Guidelines for Opening Up America Again.” The written guidelines indicate state and local governments are in charge of reopening their economies.

However, who reopens the economy goes beyond legal rights. Individuals and businesses may follow the cues of the president’s social media posts and force the local governments to choose when to enforce their regulations.

How to Reopen the Economy

What steps need to be taken before and during the reopening of the economy?

According to Dr. Fauci, NIAID Director, reopening the economy will not be an on/off decision. “It is not going to be a light switch that we say, OK, it is now June, July or whatever, click, the light switch goes back on.”

The federally-released guidelines include 3 high-level phases:

The guidelines list gating criteria that should be met before moving to the next phase.

But experts use clearer terms on what needs to be in place to move toward a new normal. A McKinsey Institute article says: “The threat of COVID-19 to lives and livelihoods will fully resolve only when enough people are immune to the disease to blunt transmission, either from a vaccine or direct exposure. Until then, governments that want to restart their economies must have public health systems that are strong enough to detect and respond to cases.”

Reopening the economy is likely to have a different look and feel for each US region. Locations that did not completely stop their economy may take cues from Sweden’s economic recovery. Sweden took the herd immunity approach. A McKinsey Institute executive briefing describes this as, “The goals are to maintain many aspects of economic and social life today and, over time, to develop a large enough pool of exposed people (about 70 to 80 %) to ‘protect the herd.’”

State collaborations may also influence the gating system in their region. In the Western State Pact, “California, Oregon, and Washington have agreed to work together on a shared approach for reopening our economies—one that identifies clear indicators for communities to restart public life and business.”

So steps to reopen the economy may look different for each state or local area.

The Upside to Reopening the Economy

What are some of the benefits of reopening the economy?

Opening up the economy would decrease unemployment claims. Industries hit hard by the shutdown could begin rehiring employees with a positive trickle-down effect. Supporting businesses would see an increase in revenue. For example, driving to work means more gasoline purchases, working individuals may require childcare services, and luxury purchases might be back on the table for some.

Reopening the economy, even in phases, may reduce future unemployment claims. For example, United Airlines indicated layoffs could occur after September 30 if the travel industry doesn’t rebound quickly.

Reducing physical health issues in this sense refers to non-coronavirus health issues. Due to concerns of exposure to COVID-19, lack of income, or the postponement of nonessential preventative screenings and surgeries, there could be a wave of health issues that are not caught early.

And multiple sources refer to the expectation of an increase in mental health issues, including depression, anxiety, and substance abuse. The longer the economic shutdown, the more this population could increase and “further strain the healthcare systems.”

The earlier schools reopen, the less impact distance learning will have on students. Many educators have reported negative impacts on student engagement. Lower engagement may be a result of access issues (no WiFi at home, not enough computers for all the students in a household). Distractions from social media or other family members may also contribute to disengagement.

The Downside to Reopening the Economy

The downside to reopening the economy is the risk of the known and the unknown.

What experts are confident of is that reopening the economy means more people will be infected, and more people will die if the proper testing and immunity controls are not in place. In an April 13 briefing note, McKinsey Institute states, “It now appears likely that some places will experience a local resurgence as restrictions are lifted and economies reopen.“

COVID-19 is still a mystery, and the unknowns could accelerate infections and deaths if restrictions are lessened. Will the virus mutate? What makes its impact on some healthy individuals worse than others? When will a vaccine be ready? Do people who recover from a COVID-19 infection have long-term immunity? If physical distancing flattened the curve on infections, will fewer restrictions plus the unknowns result in more infections and deaths?

The New York Times held a panel to discuss the issue and titled the piece “Restarting America Means People Will Die. So When Do We Do It?” That blunt title highlights the murkiness of the ethical debate.

How should policymakers judge the value of lives versus a functioning economy? According to Greg Ip in the Wall Street Journal, “Devising a policy response requires input from both disciplines—epidemiologists to estimate the benefits of social distancing in lives saved and economists to calculate the costs in forgone jobs and income.”

So the ethical question may not be people versus the economy. It may not even be the value of human life since some models predict the loss of lives due to a shutdown economy. Maybe the question is better viewed as a seesaw with the economy on one side and public health on the other side. Should there be an equilibrium, or is it ethically acceptable to let the weight fall heavier on one side or the other?

There are tough choices ahead for policymakers, businesses, and individuals. Questions and answers will shift as more is learned about the virus and the economic impacts of a prolonged shutdown.