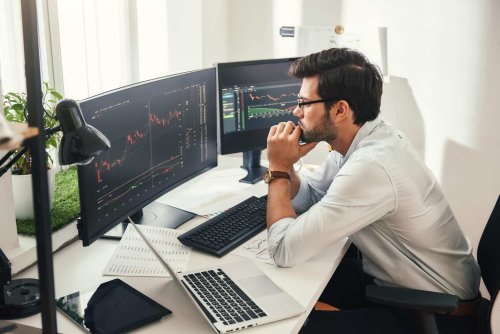 Lessons to Learn From the Last Recession

While there’s still a great deal of debate surrounding the actual cause of the Great Recession of 2008, the United States and parts of Western Europe have pointed their fingers at the subprime mortgage crisis as a significant contributor. Regardless of the official cause, the economic downturn brutalized the real estate industry, banks, and other related branches of the global economy. Yet even as we’ve tried to recover and distance ourselves from the struggles we all faced 12 years ago, thanks to the coronavirus (COVID-19) pandemic, we’re in similar situations now.

But can we learn from past mistakes to overcome our current and future challenges? Of course. We simply need to understand what happened in the past, note the similarities, and build a plan from there. Should be a piece of cake, right?

The Recession: Then vs. Now

Global and statewide unemployment was a major issue in the last recession. However, as the coronavirus pandemic rages on, we’re facing very similar situations in this day and age. After the Great Recession, the Bureau of Labor Statistics tallied up the job loss numbers from across the United States, and it spat out a net total near 8.8 million, but 39.5 million unemployment claims (from December 2007 to June 2009). Of those lost jobs, 60% of them were jobs paying between $14 and $21 per hour.

In the throes of our current economic downturn, we saw more than 22 million people out of jobs and applying for unemployment in just a few weeks. 65% of the jobs lost in March were in the leisure and hospitality industries. With numbers like those, the St. Louis Fed estimates as many as 47 million jobs lost by the time this is all over.

The previous economic and financial crisis hit the wallets of many an American in ways other than job loss. According to research, the US lost $650 billion in Gross Domestic Product (GDP) between 2008 and 2009 as a direct result of the Great Recession. Taking that into account, each household lost an approximate average of $5,800 in income.

As the pandemic continues, we’ll start seeing more of the true, individual costs of our current recession.

As mentioned earlier, a significant contributor to the Great Recession was the subprime mortgage crisis. A subprime mortgage is a mortgage for homebuyers who don’t have the best credit scores and often struggle with debt. In the early 2000s, interest rates for mortgages were in a sweet spot, and many people with not-so-great credit were jumping on the opportunity and getting approved. As a result, the real estate industry boomed, so it was sunshine and rainbows for a few years before the bubble burst.

When everything fell apart, it hit the ground hard. Final reports put the real estate impact at wealth losses of $3.4 trillion. When broken up across the population, that cost roughly $30,300 per US household.

The impact of the coronavirus pandemic also reached the real estate industry. As reported by Forbes, realtors are letting us know they’re feeling the strain. While houses remain on the market without much issue, roughly half of the agents working to sell them note a decline in buyer interest. When we switch to commercial real estate, the economic strain continues.

47% of agents selling commercial property feel the virus has negatively affected the industry, with businesses slowing down and buyer interest dropping. Despite the low-interest rates available, more than half of the surveyed agents feel they are doing little to rekindle the drive to buy.

Despite the mostly local nature of the Great Recession, several other countries still felt the shockwaves. Through events like currency devaluation and the like, we’re able to track the global economic devastation caused by something that happened in our country. While it took a few more years to manifest, a significant number of foreign nations felt the consequences of the 2008 recession. Several European countries ended up defaulting on national debts, and the European Union had to offer “bailout” loans and other cash investments to help them out.

On the other hand, it’s really easy to see the profound impact of COVID-19 on the world. Not even counting the health impact of the virus, this pandemic is ravaging international industries like travel. Early on, American and foreign airlines cut back on both domestic and international flights as the demand plummeted and travel bans emerged. From there, we saw the closure of international tourist attractions and theme parks. The Florida-based Walt Disney World, which has only closed 7 times in its history, is currently closed until further notice.

There’s almost no way to tell the actual global economic cost of the coronavirus (COVID-19) pandemic—especially while it still rages—but it’s changing the world on a massive scale.

Speaking of changing the world, some solid evidence indicates that the planet benefits a bit from our suffering.

During the Great Recession, the International Energy Agency (IEA) predicted a 3% decrease in human-made greenhouse gas emissions—the most significant drop at the time since the 1970s. Since the onset of the coronavirus pandemic, both China and Italy have seen a 35% drop in their NO2 levels, and researchers at Columbia University say carbon monoxide levels from cars in New York are down by as much as 50%. They also claim a 5–10% drop in CO2. Aside from the nasty gasses we produce as we bustle about, our quarantine-induced absence allows the world to recover in other ways.

Recently, people around the world report sightings of animals venturing into civilization and reclaiming the lands they once called their own. Fish are once more visible in Venician canals, mountain goats are exploring Welsh cities, and deer are roaming the streets of Japan.

It’s probably safe to say the natural world is doing a little better while the rest of us keep hiding in our homes as we wait for the coronavirus pandemic to end.

What Can We Learn?

After looking at history and reading through these examples, we can assume our economic situation is likely going to get worse before it gets better. However, as we move forward, there are lessons to learn and preparations to make so you and your business can come out of this crisis intact and shore up against any downturns that may arise in the future.

Hope for the Best, Prepare for the Worst

Not to be a downer, but it’s always a good idea to have a backup plan for when things go wrong. No matter how good things may appear to be, the Great Recession and the subprime mortgage crisis are great examples of what happens when we get too big for our britches. Take it slow, plan ahead, and make sure you’ve built up a safety net. Just because it’s sunny today doesn’t mean a storm’s not on its way.

Many companies impacted by COVID-19 are reinventing themselves during the pandemic. Gyms and yoga studios are hosting online workout videos and classes, while more service-based businesses are doing some improvising of their own. Don’t be afraid to adapt. No matter how bleak the future may seem, you can always do something to overcome the challenge. Stay calm, clear your head, and go back to the drawing board. A solution may be nearer than you think.

The government has several options available to help small businesses keep their doors open. Economic Injury Disaster Loans (EIDL), the Emergency Economic Injury Grant (EEIG), and Paycheck Protection Program (PPP) loans are all great resources to ensure your employees stay paid and your business keeps its head above water. Now—more than ever—is the best time to turn to your friends at Lendio. Whether you’re looking for the most up-to-date information on our blog or trying to secure the funding you need during this economic downturn, we’re here to help.