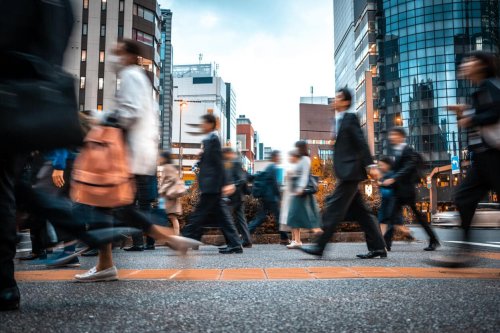 Will the Economy Bounce Back in 2021?

In December 2020, the number of private payrolls dropped for the first time since August. The private sector lost 123,000 jobs, a complete reversal from the projected 87,500 gain. This news was the sour cherry on top of a bad year and ushered in a new wave of stress moving forward in 2021.

Are the job losses over, or will there be a “second wave” of economic stress? Will the economy bounce back this year—and how much?

Countless factors affect the job market and other areas of the economy, which means there are no easy answers to these questions. However, understanding a few key facts can help you to read the proverbial tea leaves for the future of the post-pandemic economy.

Economic Relief Has Been Underwhelming

Economic stimulus packages for both small businesses and consumers have been lacking, leading to Congress approving additional support measures and stimulus funding beyond the first round of relief.

When the CARES Act was first passed, PPP (Paycheck Protection Program) funding was claimed within hours of the application going live, as thousands of small business owners rushed to receive support. The government has since approved more PPP funding, but economic experts claim this still isn’t enough.

“If this goes on for a year and I use this money to pay the rent, then am I taking on a crazy amount of debt to keep the doors open?” Lisa Hess, founder of Lucy’s Coffee, asked MSNBC back in July 2020. “How much do you put into it before enough is enough if I keep getting in debt to keep up?”

Many business owners are still trying to keep their doors open while keeping debt down, and some can’t even consider growing or returning to normal profit levels until the pandemic is over.

On the consumer side, Americans reached bipartisan agreement that the $600 stimulus checks mailed in December weren’t enough to cover accrued debt over the past 6 months since the first round of $1,200 checks went out.

A poll by Morning Consult found that 49% of voters—54% of Democrats and 43% of Republicans—felt that the $600 stimulus did not provide enough support for the economy or American households. Both congressional Democrats and Republican President Trump criticized the amount and lobbied for $2,000 checks instead, a move which ultimately failed in the Senate.

It is yet to be seen whether these checks will stimulate the economy or if they’ll simply be used to help Americans pay down debt or save up for future emergencies.

More Businesses Will Close in 2021

While many people hope the economy is on its way toward a post-pandemic rebound, some experts aren’t sure American business owners have hit “rock bottom” just yet. Many people worry that store closures will continue into 2021 for organizations of all sizes.

While small businesses are the foundation that the economy is built on, major retailers also struggled in 2020 and are considering shuttering their doors. Countless mall-based chains like Sears, Dillards, and JCPenney have closed many of their locations to consolidate and focus on their most profitable channels. When the pandemic struck, customers stayed home and shopped online, further damaging mall foot-traffic.

Experts predict that chains like Macy’s and JCPenney will continue to close locations this year because of the pandemic economy.

Losing a large chain “anchor store” can significantly impact a local economy. The closure costs local jobs while also creating ripple effects. Smaller stores (like Yankee Candle or Bath and Body Works) within malls will start to close from lack of overflow traffic—causing an estimated 25% of malls to close within 5 years.

A store closing also impacts the vendors, contractors, and service providers that work with that business. This means the economy might not bounce back as quickly as people want, or as steadily, if more stores and businesses have to close their doors in the coming months.

The Economic Rebound Depends on the Vaccine

When vaccines against COVID-19 were approved by the FDA in late 2020, business owners and consumers were hopeful that a fast rollout would bring the pandemic to an end. However, the rollout has been slower than expected in many states, with inequality in distribution further affecting how some regions recover.

“The recovery would be stronger if vaccines are rolled out fast, boosting confidence and lowering uncertainty,” the Organisation for Economic Co-operation and Development (OECD) says. The OECD projected a global GDP rise by 4.2% in 2021 after falling 4.2% in 2020.

There are countless industries still limited by coronavirus restrictions even as countries and businesses begin to open up. The travel industry is still highly restricted (especially internationally), along with the entertainment, arts, and personal fitness fields.

The OECD also cautions that economic growth will be limited if governments can’t contain new outbreaks or if new strains start to develop and spread. England just entered its third national lockdown in the first week in January as numbers soar and new strains are discovered.

Anything Is Better Than 2020

In many cases, it’s not that market experts think there will be an outstanding economic rebound in 2021—they simply believe that the coming year couldn’t get much worse than the last. It’ll be hard for 2021 to compete with the sheer amount of destruction that happened in 2020, from mass joblessness caused by shutdowns to housing crises to market uncertainty caused by the US presidential election. There’s little reason to believe that the economy will get worse—the only question is how much it will rebound.