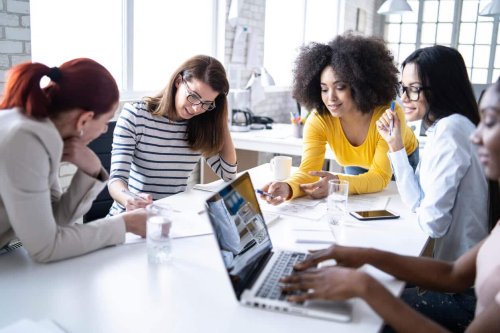 Harassment of Women in Tech Needs to Be Addressed

Nearly 25% of working women are considering downgrading or leaving the workforce due to COVID-19-related impacts such as the burden of virtual schooling or caretaking of a sick family member. As the coronavirus pandemic continues and potentially drives women from the workforce, it’s important to understand the experiences of the women who remain.

Women Who Tech, a nonprofit organization dedicated to “building a culture and inclusive economy to accelerate women tech entrepreneurs and close the funding gap,” conducted a survey to determine if the systematic sexism and racism reported in their 2017 survey had shifted.

The US Equal Employment Opportunity Commission defines harassment as “unwelcome conduct that is based on race, color, religion, sex (including pregnancy), national origin, age (40 or older), disability or genetic information.” The Women Who Tech survey followed suit with questions about harassment, including suppressing conversations about religious/political or family/children status or sexual orientation/relationships, being overlooked due to gender, or having ideas stolen.

Overall the survey results indicated that harassment issues for women persist up-and-down the organizational charts of the technology field—but there are some glimmers of hope. Let’s dig into the results for more insight.

Female entrepreneurs are a force to be reckoned with, but being in charge doesn’t provide a shield from harassment.

Nearly half (44%) of the women founders surveyed reported harassment. Sadly, that percentage is the same as the 2017 survey. These weren’t historical incidents being re-reported from the 2017 survey, as 43% of the female founders indicated that the harassment had occurred in the last 12 months (Feb 2019–2020).

If you are tempted to think that harassment of founders is part of the territory of being a business owner, it’s not. Female founders reported being harassed over 3 times as much (40%) by potential investors as male founders did (12%). That included almost half (49%) of women founders being told they’d be more likely to receive funding if they were a man or had a male cofounder. So the financing required for women to start or grow their business is at risk because of their gender.

On a positive note, at least one needle moved in the right direction. Sexual harassment of women founders that was tied to potential funding (receiving financing, an introduction, etc.)  decreased—59% reported being propositioned for sex in exchange for funding-related items in 2020 compared to 65% in 2017.

While there is much that could be said about these startling statistics, it’s important to know that there are many financing choices available, including options through lending marketplaces like Lendio.

Women Working in Technology Are Harassed

Another statistic moving in the right direction is that women working in technical fields reported a decrease in experiencing harassment (48% in 2020 compared to 53% in 2017). While “almost half” is by no stretch of the imagination an acceptable number (especially since only 11% of the men reported harassment), at least the number is decreasing.

When asked what type of harassment they experienced (the survey design allowed participants to choose all categories that applied), 43% indicated sexual harassment with offensive “jokes” ranking as the highest offender. That would indicate that businesses need to work on improving inclusive communications since offensive jokes ranked as the leading type of sexual harassment in both the 2017 and 2020 surveys.

While most of the harassment occurred “in person at the office during the day,” the pandemic-induced remote work culture is likely to shift harassment to digital forms of communication such as messaging and social media. Thus it’s important to ensure your business has both guidelines for effective communication with remote teams and policies against any type of harassment.

Unfortunately, HR and senior leadership may not hear firsthand how often harassment occurs as the survey results indicated that “67% said they do not have a lot of trust in how their company would handle allegations of harassment.” To be fair, the survey results don’t indicate what causes a lack of trust. It could be related to inadequate company policies, personal experience with the HR department or senior leadership, or a communication issue where an individual reporting an issue doesn’t receive information on the action taken due to employee privacy laws.

Women-owned businesses face funding challenges and have to work harder at securing financing. But according to summarized results, investors don’t believe there is an issue—70% of investors surveyed believed a lack of money in the funding pipeline was the issue. More than half of the investors surveyed (56%) thought that anyone with a solid business plan would get the same shot at funding for a business in the tech sector—with absolutely no regard to who the founder is.

But multiple sources report that discrimination in funding is a colossal problem. Funding that is underrepresented in businesses owned by women and other underserved segments represents a trillion-dollar missed opportunity. As a woman business owner, it’s critical to network with other women business owners and review all financing options targeted at women, including options available due to COVID-19.

The 2020 “Women Who Tech Startup & Tech Culture Survey” was conducted February 13 through March 23, so it remains to be seen what changes may occur due to the pandemic-induced shifts in workplace culture. Since there were only 1003 respondents in the 2020 survey, one can hope that these numbers can’t be extrapolated to the industry as a whole. However, the business impact of women in the workforce is undeniable, and it’s past time for equality for everyone to be the standard for all industries.