The Pandemic’s Long-Term Impacts on Banking—and You 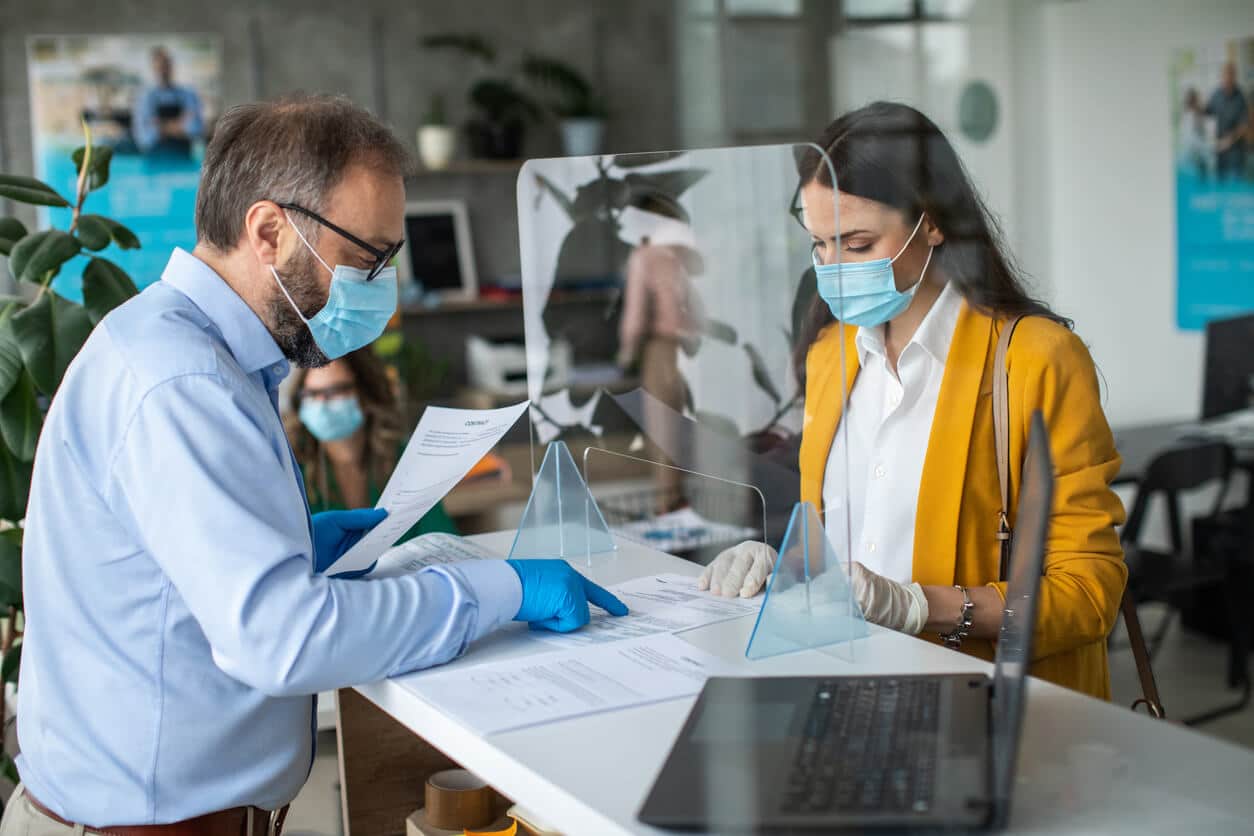 As the global coronavirus pandemic stretches into a new year, it’s become clear how singularly disruptive this ongoing event is for every economic sector and facet of life, from pork futures to birth rates.

The banking and capital markets industry has not been exempt from this disruption. Because banking and lending are so critically involved with businesses both big and small, the pandemic’s effects will ripple across the wider economy and be felt over the long term.

It hasn’t been easy for economists to nail a simple narrative onto the economic fallout of the pandemic, though. While whole industries have been essentially closed for months and millions of people are out of work, the Dow Jones Industrial Average is now at historic highs in the early weeks of 2021.

Most banks around the world are poised to absorb the sudden shocks caused by COVID-19, but its impacts will probably alter their lending habits.

The pandemic has charted banking, and the wider business sector, into unknown waters for the 2020s. Because we’re almost a year into this new world of face masks and virus variants, though, we can begin to predict where the banking industry is headed.

The last global financial catastrophe—when the economy plunged in September of 2008—is still fresh, so it serves as a useful comparison point to our current situation. In fact, there’s a good chance that future historians will look at this whole 13+ year span as 1 unit: the Great Recession followed by a long, albeit sluggish and unequal recovery quickly upturned by COVID-19.

Patterns from 2008 appear to be resurfacing. Banks still have capital, but they seem to be more judicious with lending to both consumers and businesses. In turn, less revenue flows into the banks, which means less capital. As a result of this, banks further restrict their lending, and this cycle continues.

There are some key differences between 2008 and 2021, though. Much of the blame for the Great Recession can be pinned to banks and financial institutions themselves. Our current situation, in contrast, is due to a virus and our collective failures to contain it, especially in the United States.

This difference is important because most banks have been able to afford the damage dealt by the pandemic, at least in the short term.

“Banks have not yet had to take substantial write-offs; their forbearance programs and significant government support have kept households and companies afloat,” a McKinsey report estimates. “But few expect this state of suspended animation to last.”

McKinsey forecasted that even in the best-case scenario, loan-loss provisions (LLPs) for banks will surge. LLPs are expenses related to uncollected loan repayments, like when a loan recipient defaults, renegotiates a loan, or declares bankruptcy. McKinsey believes that the amount of LLPs for the banking sector by 2024 will overshadow LLP rates following the Great Recession.

Unlike in 2008, today’s banks seem better positioned to absorb the pandemic’s demand and supply shock cycles as well as its resulting lockdowns.

“The good news—at least for banks and the financial systems that societies rely on—is that the industry is sufficiently capitalized to withstand the coming shock,” the McKinsey analysts continue.

In McKinsey’s best-case scenario, common-equity tier-1 (CET1) ratios, a reference to the equities (like cash and stocks) held by banks versus their assets, will remain acceptable for most banks. McKinsey predicted that these CET1 ratios will decrease from 12.5% in pre-pandemic 2019 to 12.1% in 2024, hitting a low of about 10.9% in 2021 before ticking upward.

“Regions would follow slightly different paths, but the overall system should be resilient enough,” McKinsey said—even based on their adverse scenario modeling.

There has been historic pandemic-related intervention in the banking industry by governments worldwide, but some analysts wonder if this will be enough in harder-hit regions.

“Though policy measures such as liquidity support, borrower assistance and monetary easing moderated this adverse impact for some banks, this was not true for all banks or in all circumstances,” analysts at the World Bank explained.

Some ongoing banking sector support will likely be necessary as the pandemic continues.

“Borrower assistance measures and prudential measures exacerbated the stress for banks that were already undercapitalized and/or operated in countries with little fiscal space,” the World Bank continued. “These vulnerabilities will need to be carefully monitored in the coming year as the pandemic continues to take its toll on the world’s economies.”

How Banks Will Lend to Small Businesses

Most importantly for small business owners, banks will probably change their lending habits in coming years to reduce future risk, as they’re already absorbing a series of economic shocks. On the bright side, though, interest rates are expected to be low for a while.

“In some respects, the pandemic will only amplify and prolong pre-existing trends, such as low interest rates,” McKinsey continues. “But it will also reduce demand in some segments and geographies. On the supply side, we expect banks to become more selective in their risk appetite.”

Notably, insiders in the banking industry are telling others in the field to be more attuned to the risk of loan applicants as well as loan repayment issues from current borrowers.

“It’s not just consumers who will be squeezed,” PwC analysts suggested in a recent report. “We could also see a rise in payment delays due to cash-flow constraints on businesses arising from a temporary drop in demand for services. The hard part: telling the difference between a routine payment delay and significant deterioration in credit quality.”

For small business owners, you should keep a few things in mind for the future even as more people are vaccinated. When applying for funding from a traditional bank, you need to highlight how non-risky your business is. Additionally, you should prepare for fewer lending options and look at alternatives to bank term loans.