Should You Get a Business Loan Before the Next Recession?

Recession is never far from the minds of small business owners across the country. The financial crisis of 2008 is still fresh in the memory of many Americans, even though we are currently a decade into the longest economic expansion in United States history.

A recession is brutal for many small businesses because it can dramatically impact the amount of cash flowing into your company. At the same time, your bills are still due, so it can easily push a business into a deadly cash crunch.

When it comes to borrowing, there are several strategies you can use when trying to recession-proof your business. It often makes sense to take out loans ahead of wide-spread economic trouble, but you want to make sure you can keep up with repayments even if the worst happens.

Recessions are built into the market system. In a super simplistic way, the economy is like gravity: what goes up must come down.

Even though it might seem like growth will be unlimited, history shows that economic upswings are followed by contractions—it’s a cycle. The real question revolves around how bad the recession will be.

A recession is defined by declining economic activity, usually marked by a drop in the gross domestic product (GDP) for 2 fiscal quarters in a row. Trade and industry slow, and consumer spending typically dries up.

An ocean of factors can trigger recessions—examples include trade wars, real wars, political unrest, or market bubbles suddenly popping. Some less obvious and more difficult to measure factors can contribute, too, like increased unemployment or a slump in consumer confidence.

When Will There Be a Recession? 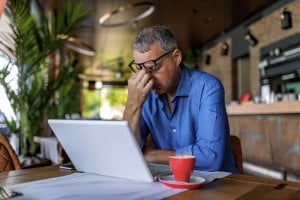 Since 2009, the US economy has been growing. This period is the longest economic expansion in the country’s history, although numerous disruptions throughout the decade have limited the rate of growth at times.

Obviously, a lot of people are concerned with knowing when the next recession will occur. Economists predicted that a recession would strike in 2018 and 2019, but these worst-case scenarios never materialized.

Getting a Loan Before a Recession

Small businesses (even those in perfect financial health) look for outside funding for a plethora of reasons. Business loans can help you expand your company, prepare for a cash crunch, or help you build your business credit.

There are a few reasons why you might want to go into debt ahead of a recession—is there a way you can expand your business into more recession-proof fields? Do you have products available that would sell in varying economic conditions?

When the economy is growing, lenders will generally be more open to lending your company money. You need to pay close attention to the terms, but banks and other lenders will offer more funding options when economic conditions are good.

How Interest Rates Change in a Recession

Interest rates are fluid based on the general health of the economy. They follow a pattern of supply and demand, although this pattern is essentially put into place by the Federal Reserve, which provides guidance on interest rates in the US.

Rates increase as the economy grows, and the Fed usually tightly decreases interest rates during economic downturns. In fact, interest rates are known to rarely increase during recessions.

The theory is that lower interest rates will convince skittish borrowers to move money from savings to the wider economy by taking out loans. This movement of capital is supposed to jumpstart the economy and move it out of recession.

Because of this theory, you would actually find the best interest rates during a recession, but the bar to qualify for loans is higher. 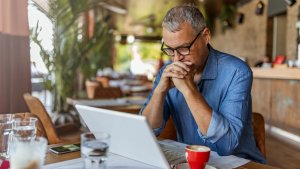 The best way to prepare your business for recession is to keep your debt low. You don’t want to be on the hook for a bunch of loan repayments if most of your customers stop showing up due to an economic crunch.

“If you hit a recession and you’re maxed out on debt, you’ll have limited access to cash and minimal investors,” Matt Wolf, head of advisory for Joorney Business Plans, said in an interview with the US Chamber of Commerce. “Free yourself from debt before a recession hits.”

This caution doesn’t mean you should eschew loans altogether; however, you will want to have a specific plan with how you would use any funding.

You should also have a rainy day fund saved for potential recessions. Having some money to dip into if the economy tanks can be critical to the survival of your business.

Borrowing During a Recession

It might seem like borrowing during a recession is the best course of action because the interest rates are lower. Other factors are also at play, though.

First and foremost, you want to ensure that you can handle new debt repayments even with a reduced cash inflow. If a lack of consumer spending causes your business to crash, interest rates won’t be your highest priority.

Additionally, lenders can be hard to find during a recession. Many banks would be uninterested in approving a long-term loan at very low interest rates if the Fed is set to raise rates in the near future.

Because of these drawbacks, you may want to look for business loans before a recession hits, even if the interest rates are higher.

Work on Your Business Plan

To forecast how a recession will impact your business, you need to set up a rock-solid business plan. In fact, you should prepare several business plans that predict how your company will fare if the economy grows or contracts.

By comparing and contrasting these plans, you can get a sense of whether you should borrow money before a recession, when lenders are more plentiful, or during a recession, when interest rates are at their lowest but lending options are few.

Barry Eitel has written about business and technology for eight years, including working as a staff writer for Intuit's Small Business Center and as the Business Editor for the Piedmont Post, a weekly newspaper covering the city of Piedmont, California.
See all articles by this author

Is DoorDash or Uber Eats Right for Your Restaurant?

7 Things That Will Kill Your Restaurant Business

What Really Engages Your Employees? Not What You Think