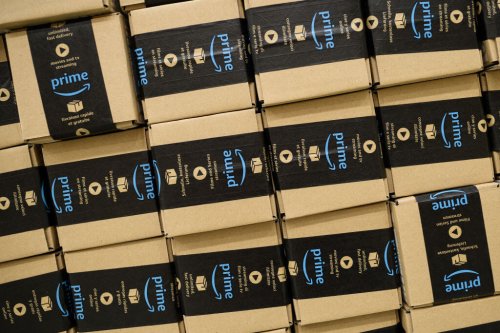 Jeff Bezos has always been ahead of the pack. As a toddler, he used a screwdriver to disassemble his crib because he wanted a regular bed. And years later, he enrolled in ballroom dancing classes that most of his male schoolmates had no interested in. The reason? To meet girls, or as he referred to it, increase his “women flow.”

So when Bezos got the idea in 1994 to launch an Internet company, it was bound to be different from the hundreds of other online businesses cropping up prior to the dot-com bubble bursting. After creating a list of 20 possible products to sell on the Internet, Bezos settled on books because, unlike brick-and-mortar stores, he’d be able to offer millions of different titles.

Amazon.com was born in the garage of a rental house on a winding lane in Bellevue, Washington. As far as garages go, it was quite comfy, with an old potbelly stove in the corner. Bezos initially wanted to call his business Cadabra, short for abracadabra. But after an awkward phone call where his lawyer mistook the name for “cadaver,” Bezos decided to go with a more familiar word.

For the first year, Bezos and his five employees worked daily in the garage and held meetings at the local Barnes & Noble. Their goal was to make a user-friendly website that was more of a “virtual community” which enticed customers to “hang out.” Innovations to bolster this objective included product reviews and purchase recommendations.

Only three years after launch, Amazon went public. The company had not only survived the dot-com crash that claimed so many of its contemporaries, but thrived in the process. Consider these stunning facts that demonstrate what a powerhouse it has become:

The path from the garage to global domination has required Bezos to take risks, be innovative, and make controversial decisions. And it seems unlikely that he’ll ever change his approach.

If you liked this, read the rest of our Garage to Fortune 500 series, including Apple, Starbucks, Whole Foods, and Mattel.