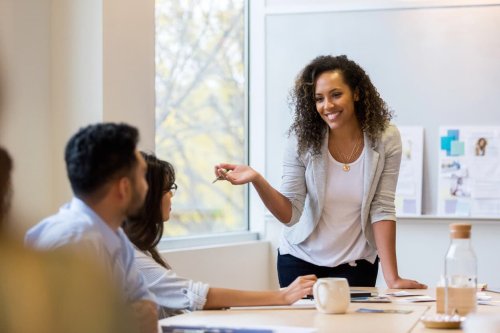 7 Tips for Recruiting People of Color

A diverse workforce speaks volumes about your company’s values and your desire to create an inclusive workforce. Recruiting people of color (POC) is one way to show that your organization is committed to embracing the best talent from multiple ethnicities.

So how can companies recruit diverse employees in general—and POC in particular? Below, we offer 7 helpful tips to get you started.

1. Recognize the Benefits of Diversity

Some companies may decide to recruit POC because they feel pressure to be politically correct. However, it’s also advantageous to your company. Research reveals that diverse companies are more creative and profitable than homogenous organizations. In fact, a study by McKinsey found a direct connection between racial and ethnic diversity among senior leaders and financial performance in the US.

“Recognizing that having a diverse team of different genders, races, ages, religions, ethnicities, sexual orientations, and education is a massive advantage is the first step of integrating diversity into a business structure,” says Ashwin Sokke, cofounder of WOW Skin Science, a vegan beauty brand.

If your standard recruitment efforts aren’t producing POC applicants, you may be fishing in the wrong pond. Expanding your efforts to such sources as historically black colleges (HBCUs) can provide a plethora of candidates. Another tip is to reconsider what you’re looking for in job applicants. “It is extremely important that each new employee matches the company’s core values but also offers a completely new set of unique skills, perspectives, and experiences,” Sokke says.

“The beginning stages of developing a system of hiring that is heavily focused on diversity and inclusivity is the most challenging part of the process,” he says. Blind-hire practices, which include removing identifying characteristics from the job application (race, age, gender, etc.), can ensure that unconscious biases do not play a role in hiring decisions.

Another way to recruit POC is to show them that your company will reward their hard work. “The most effective way to attract and recruit more people of color is to have people of color in leadership positions at your company,” advises Nerissa Zhang, CEO of The Bright App. She points to 3 reasons why she says it’s the most important factor if you’re trying to diversify your company.

“It shows prospective POC talent that they’re less likely to face bias during the hiring process and afterward,” Zhang says. “Also, it shows them that they are more likely to truly have the opportunity for advancement at your company.” In addition, Zhang says promoting POC shows applicants that they’ll have a greater chance of finding mentors for professional development.

Her views are shared by Dr. Ti’eshia Moore, a CliftonStrengths coach and researcher who focuses on organizational learning and culture. “Specifically, top-tier applicants are looking to see if diversity is a true organizational commitment or simply an organizational statement,” she says. “They are interested in things such as the presence of key leaders and decision-makers of color and opportunities for advancement and mentorship.”

4. Include POC in Recruitment Efforts

In any scenario, nothing beats a real-world example, and this is also true when recruiting POC. “One of the critical ways that companies can recruit people of color is by utilizing people of color from the team in the recruiting efforts,” says Moore.

“Now, more than ever, they are looking for real feedback and experiences from members of the actual team,” she says. “If you want to recruit people of color, show them that the environment is making an intentional effort to foster or increase the quantity and quality of applicants of color.”

5. Create a Culture That Embraces Diversity

One way to show applicants that you’re making an intentional effort is by creating the right type of company culture that supports POC employees. “Applicants of colors are used to working in environments where they are the minority, but now more than ever, a diverse workforce is a key factor in employee satisfaction,” Moore explains. “This is important as we investigate the difference between recruitment and retention.”

In addition to diverse work teams and leadership, Moore says POC are also looking for action-oriented organizational commitments to diversity. “And while organizations may still be recruiting people of color, future statistics may reveal a higher turnover when a company’s culture doesn’t match its rhetoric.”

Creating the right type of environment may require diversity training for your employees. “Moving from the design stages to implementation can cause resistance within the organization,” Sokke says. “Offering diversity training that demonstrates to employees how to adopt diversity through inclusion efforts and team exercises is crucial to developing a culture of diversity.”

The last tip for recruiting people of color is to make sure that everyone knows this is one of your priorities. “Promoting the implemented culture of diversity initiatives on social media, career pages, and print content will attract those diverse candidates,” Sokke says.