Silicon Slopes, Utah – January 12, 2018 – Lendio recently ranked in Entrepreneur magazine’s Franchise 500®, the world’s first, best and most comprehensive franchise ranking. Lendio Franchising is the only company on the list that has been offering franchises for less than one year, debuting at #201 for outstanding performance in areas including unit growth, financial strength and brand power. Placement in the Franchise 500® is a highly sought-after honor in the franchise industry, as evidenced by the fact that Entrepreneur received more applications this year than the past 25 years. Additionally, Lendio was recognized as the #1 brand in the Business Financial Services category.

Lendio announced the first-of-its-kind marketplace lending franchise program in March 2017, and since its inception has grown to 26 franchise territories owned by 19 franchisees, with additional locations in the works across the country. Lendio is the nation’s leading marketplace for small business loans, and the franchising program complements the company’s core value of making small business loans simpler and more accessible to the millions of small business owners in the U.S.

“We launched our Lendio franchise last spring by creating partnerships with several local banks,” says Kyle Bohrer, Lendio’s first franchise owner. “They send us the small business owners that don’t fit with loan products they offer, and we send them businesses that do. In less than a year, we’ve helped small businesses here in Erie access nearly 4 million dollars of growth capital.” 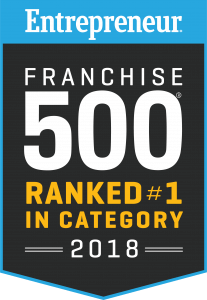 “Lendio strives to be the most trusted brand in small business empowerment,” says Ben Davis, Lendio’s Chief Franchising Officer. “Lendio franchisees are well-educated about, and deeply connected to, their local economies. They understand the financing needs and hurdles of small business ownership. The rapid expansion and success of Lendio’s franchise program demonstrates the need for extending the reach and availability of modern small business loan options.”

Over its 39 years in existence, the Franchise 500® has become both a dominant competitive measure for franchisors and a primary research tool for potential franchisees. Lendio Franchising’s position on the ranking is a testament to its strength as a franchise opportunity.

“This year’s Franchise 500 ranking features both up-and-comers who bring fresh ideas to an ever-changing industry, as well as savvy stalwarts that have thrived for decades. We are proud to highlight and celebrate them all,” says Jason Feifer, editor in chief of Entrepreneur. “Our results show that the industry is strong—and that the most enduring franchisors are those who learn to balance innovation with reliability. That’s how to attract new customers while keeping the old ones happy.”

As a reporter and editor, Melanie has written about everything from retail and tourism trends to economic development for regional newspapers, trade publications, and national magazines. As Lendio’s Director of Public Relations, she specializes in reporting fintech industry news and its impact on American small businesses. Melanie has a B.A. in Journalism from Brigham Young University. She is also a backpacker, runner, and mom of four.
See all articles by this author