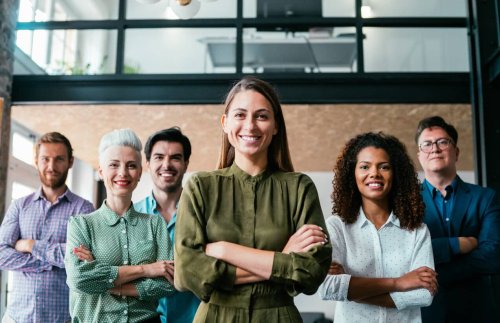 The entrepreneurial traditions of America often idolize individuals who built companies that would ultimately bear their names. We all know about Henry Ford, John D. Rockefeller, and Cornelius Vanderbilt—but can anyone name a single executive who served alongside these leaders? Probably not because there sadly isn’t much room for additional names in the pantheon of success. Triumphs are attributed to the person whose name is on the front of the building, regardless of who is truly responsible for them.

If there’s a benefit to these myths, it’s that young people can easily identify role models. By learning about legendary strategies and innovations, these aspiring business owners can begin to gain their own momentum long before they file for a business license.

But many issues arise from misguided hero worship. It disenfranchises thousands of talented contributors while also lionizing flawed individuals who might not be deserving of such lavish praise. And, most troubling, it continues the centuries-long process of driving a wedge between the elite of business and their employees.

“The gap in wealth in the United States between the ultrawealthy and everyone else has reached its widest point in decades,” reports research by Peter Walsh, Michael Peck, and Ibon Zugasti, a trio of financial experts. “One way to narrow the divide is through the use of worker buyouts, in which ownership of a company transfers from a single person or a small number of people to the workers of the company. Currently, about 10% of Americans hold equity stakes in their workplaces. By providing more workers and employees with opportunities to buy shares, companies can help workers and communities raise their standard of living and simultaneously feel more invested—literally—in the success of the enterprise.”

There’s a symbiotic relationship that occurs in employee-owned companies. First, the employees are empowered through ownership. They are given more opportunities to thrive financially, which benefits their families and communities. In this way, the wealth gap loses some of its sting, as the positive impacts of employee ownership ripple out through future generations.

As with business changes like embracing remote-work arrangements or offering mental health benefits, there are definitely some up-front costs associated with forming an employee-owned company—but rest assured that they can be more than repaid over time. For example, employee-owned companies often outperform their competitors. And they really show their mettle during times of duress, such as the lockdown of 2020. When employees have skin in the game, it stands to reason that they’re more motivated to dig in and find solutions.

So rather than a 1-sided deal, employee ownership becomes another entry in the Michael Scott Win-Win-Win Hall of Fame. In reality, any business owner who views employee ownership as an outright threat probably hasn’t done any research.

What Is an Employee-Owned Company?

While nearly all business owners compensate their employees with money, an employee-owned company also provides them with stock. But it’s not just any stock—it’s stock in the company where they work. This means that an Employee Stock Ownership Plan (ESOP) makes employees shareholders, giving them a powerful incentive to perform.

According to the National Center for Employee Ownership, the number of employee-owned companies is on the rise. Check out these key statistics:

The nuts and bolts of running your ESOP can be customized to your business. For example, you might want to determine the compensation of stock by how long each employee has been with your company. Another option would be to base the stock compensation on your employees’ hourly pay or salary.

Likewise, you can choose whether to have a gradual vesting period (such as a 20% increase every year for 5 years) or a 3-year waiting period before a total vestment. Employees can then hold onto their stocks until they choose to sell. Both of these approaches have unique benefits, so it’s important to talk to your business mentor and other experts to gain insights on how to proceed.

The Broader Benefits of Employee-Owned Companies

Because of the devastation of the COVID-19 pandemic, the United States could definitely use the collaborative boosts provided by ESOPs. It’s a chance for employers to share the rewards of success in a new way, which makes it possible for everyone to prosper.

“Within the next decade, we expect worker- and employee-owned companies to grow in popularity thanks to 3 mutually reinforcing trends,” explain Walsh, Peck, and Zugasti. “First, renewed interest in ensuring the economic viability of local communities suggests that baby boomer owners about to retire are increasingly likely to want to sell to workers. Second, evidence is mounting that worker- and employee-owned enterprises outperform their competitors, especially during economic downturns; a recent Rutgers study found that converting to worker and employee ownership boosts profits by as much as 14%. Third, as a result of strong performances by worker- and employee-owned companies, it is becoming easier for workers to overcome arguably the biggest hurdle to worker buyouts: financing.”

As ESOPs become more commonplace, you can anticipate a corresponding rise in interest from employees at companies that aren’t following that model. If your business is considering it as an option, this is a great time to conduct more research and see if it’s a wise move.

Perhaps you have compelling reasons not to transition to an ESOP—that’s completely understandable. Just be prepared to communicate those reasons to your employees, helping them to see your perspective and including them in your conversations regarding the topic.