Best and Worst Franchises to Own in 2023 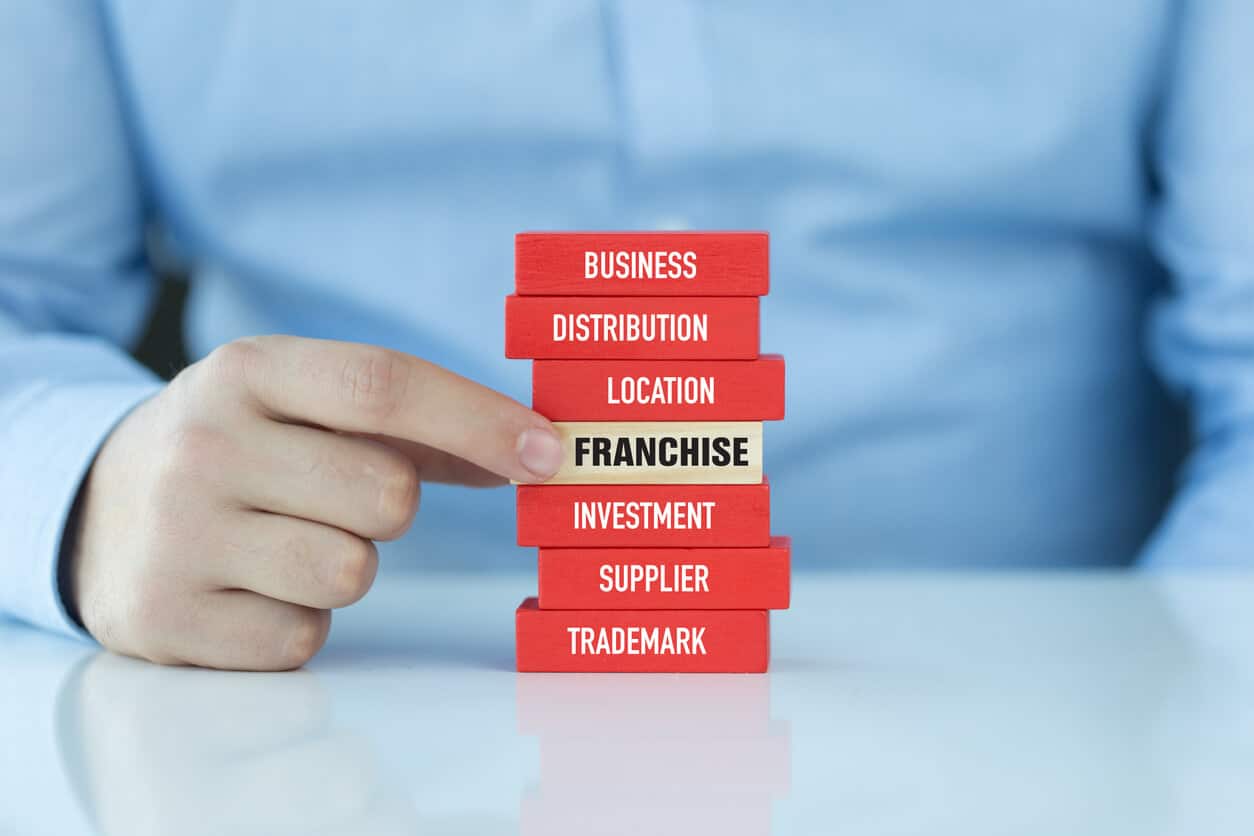 Owning a franchise is safer than starting your own independent business—the 2-year success rate for franchises is 8% higher than independent small businesses.

Not only are franchises more likely to succeed than traditional businesses, but franchising is becoming a more popular route to business ownership. The International Franchise Association (IFA) released its annual report, which anticipates franchise growth of 2.2% in 2022.

The additional revenue stream for parent brands (franchisors) is a huge incentive for offering franchise opportunities, and the improved technologies and supply chain logistics have made it easier for brands to scale franchises.

What is a Franchise?

A franchise is an extension of a parent company (known as the franchisor). The franchisor licenses trademarks, business processes, and other proprietary information to franchise owners.

Franchising allows you to sell goods or services under the original brand’s name. By owning a franchise, you’re avoiding many of the hurdles of starting a completely new business. A franchise owner will typically pay upfront and ongoing fees for the right to operate the franchise.

An example of a franchise is McDonald’s. Most locations are franchises run by a franchisee who pays the McDonald’s corporation to use their brand name, equipment, ingredients, processes, etc.

Franchises only work because the franchisor has garnered enough brand equity or other proprietary value to pass on to other locations. The act of franchising involves scalability, and franchises need explicit support from franchisors to succeed.

For example, if McDonald’s didn’t provide franchisees with ingredients or recipes, each location would deliver a different experience from the others—making it no different from any other burger restaurant. But McDonald’s ability to scale their business and deliver consistent quality from one location to the next along with its massive marketing budget, technology solutions, and other benefits makes it one of the most successful franchises year in and year out.

How to Choose a Profitable Franchise

When you’re seeking the most profitable franchise for your situation, the focus is really finding the right franchise. People are unique, situations vary, and market need and location all become factors. In other words, a franchise that may play in Poughkeepsie could be a dud in Daytona.

Taco Bell currently sits atop the Franchise 500 list, but would it still be the most profitable franchise if every entrepreneur opened a Taco Bell? Even more importantly, would you feel excited or passionate about running one?

Choosing the best franchise is about finding the right one for you within the market you intend to operate. Because every situation is different, consider the following questions when deciding which franchise is best.

First, What Are the Worst Franchises to Own in 2023?

Last year’s “worst” list was a bit different because large sectors of the economy had grounded to a halt. It’s obviously a bit different this year and the red-flagged industries (restaurants, hotels and tourism services) are back in business.

So this year, like any year other than 2021, the worst franchises to own are the ones you didn’t thoroughly research because what may look like a slam dunk might be a disaster waiting to happen.

A good example of this is Papa John’s Pizza. You’ve probably heard of the brand—and you’ve most likely passed by a location in the last week. On the surface, it seems like a no-brainer: people like PJ pizza and trust the PJ brand. That’s more than half the battle right there. But then you do a bit of digging and uncover a whole different perspective.

Best Franchise for Risk-Mitigation: Many entrepreneurs choose franchises because of their safety. There are several blue-chip franchise options to mitigate the risk of failing.

Best Low-Cost Franchises to Own in 2023

Starting any business requires capital, but when you start a franchise, you have additional upfront and ongoing franchise fees. The initial investments needed to open a franchise can range from a few thousand to more than $1 million depending on the franchise—some even have net worth and liquidity requirements.

If you’d like to open a franchise in 2023 without making a large investment, then consider some of the following low-cost franchises.

The World Travel and Tourism Council (WTTC) projects the travel industry to rebound to pre-pandemic levels in 2022. This is great news for travel agencies like Cruise Planners. Founded in 1994, this travel agency brand has grown to offer more than just planning cruises. If you own a Cruise Planners franchise, you own a full-service travel agency as an American Express Travel Representative.

Cruise Planners is consistently recognized as one of the most affordable franchises to own, but more than that—it has a great reputation for training, a robust technology suite, and frequent leadership retreats. The typical franchise fee is $10,995, but they are offering it for $6,9995 in response to the pandemic and also have other discounts and flexible options.

The pandemic caused an unprecedented housing boom with low mortgage rates and scarce inventory. While experts do expect real estate to normalize, many think the next few years will continue to be a seller’s market. This is great news for companies supporting the home buying/selling process like National Property Inspections (NPI).

NPI was founded in 1987 and offers comprehensive home and commercial inspection services. Franchise owners get access to 35 years of brand equity, industry-leading training programs, and a dedicated marketing coach, among other benefits.

With an estimated total investment under $45,000, it’s one of the more affordable franchise options. They also offer a 20% discount to military veterans, firefighters, police officers, and first responders.

If you’re looking for an affordable franchise opportunity that’s a little unconventional, Card My Yard is the perfect option. In 1994, two families had the idea of bringing greeting cards to the front yard with custom signage for special occasions. Almost 30 years later, they are the premier yard sign brand with more than 450 franchises throughout the country.

2023 Best Franchises to Own in Emerging Industries

When deciding on which franchise to start, it’s important to consider market trends. After all, you wouldn’t want to start a business in a dying industry.

Below are some of the best franchises to own in markets that are thriving now and for years to come.

A 2020 report from the Federal Reserve Bank found that 80% of businesses used some form of external financing (loans, lines of credit, credit cards, merchant cash advance, etc.). Business lending has and will continue to be an important service and is one of the more sustainable B2B industries to operate within.

Lendio is an especially interesting franchise option because it provides more value than a traditional lender. Founded in 2011, Lendio has grown into one of the most powerful online lending marketplaces for small business financing. Since launching the franchise offering in 2017, Lendio has grown to 90+ territories in 20+ states and has finished as Entrepreneur’s #1 financial services franchise 3 times.

As a Lendio franchise, you will gain access to a robust network of lenders, proprietary technology, and continued support from industry experts. Additionally, you get to help small business owners fuel their dreams.

It’s not just traditional offices hiring commercial cleaners either—other businesses like movie theaters and sports venues are looking to professional cleaners as a way to rebuild trust with patrons. The increased demand within the commercial cleaning industry makes owning a Jan-Pro franchise a potentially great investment.

The UPS Store has many services and operates in a variety of industries, but the most promising lies within the local courier and delivery market. Online shopping and direct-to-consumer are expected to see 15% growth this year.

Couriers like UPS will play a large part in the equation—whether delivering the packages or managing the returns.

Franchise owners of The UPS Store immediately receive the most valuable logistics brand name, valued at over $22 billion. They also gain access to world-class training, a vetted catalog of products and services, and the opportunity to scale to other locations (52% own multiple stores).

2023 Best Food Service and Restaurant Franchises to Own

A list of the best franchises in 2023 wouldn’t be complete without Entrepreneur’s #1 franchise, Taco Bell. Not only did they top the list for 2022, but they were #1 last year and have been inside the top 20 since 2012—the definition of blue-chip.

While opening a Taco Bell is not cheap (they have a $1.5 million net worth requirement), if you do open one, you stand to benefit from one of the most powerful franchises in the country. In fact, some estimates have Taco Bell owners earning between $80,000 and $100,000 annually.

In addition to stability as a franchise, owners don’t need to actively run the locations—they can continue enjoying their vacation homes.

Dunkin’ is now more than just donuts, as they have grown into one of the most powerful food brands in the world. More importantly, they are one of the more consistent franchises year after year. While they fell in the Franchise 500 rankings from 2nd in 2021 to 11th in 2022, they have not dropped below 13th for the last 10 years.

The convenience industry earns more than $650 billion annually, and 7-Eleven is synonymous with convenience. Since 1946, 7-Eleven has been working to build one of the most iconic brands—and you have the opportunity to benefit from this work by franchising.

Becoming a 7-Eleven owner is a little easier than the two franchises above—you only need $50,000 to $250,000 in cash and an average total investment of $650,000. In addition to a great brand, you’ll also get one of the most consistent franchises as rated by Entrepreneur. Over the last decade, their average franchise ranking is 7.2.
Learn more about owning a 7-Eleven franchise.

How to Get Started With Owning a Franchise

If you’re interested in going the franchise route with your new business venture, the first place to start is choosing the right franchisor as your partner. The list above is a great place to find some of the best franchises in 2023, but you may also want to consider looking at successful businesses in your city to see if they have franchise opportunities or review other popular franchises from the Franchise 500 list.

After you’ve decided on the perfect franchise, you’ll need to begin the application process and make sure you meet minimum qualifications. Once approved, you’ll need to get the capital to cover the initial investment fees. If you don’t have the liquid capital yourself, you may want to look into franchise financing solutions.

Then, you’ll review and sign your franchise agreement, pay any outstanding obligations, and attend any mandatory training. After that, you’ll be ready to launch your franchise and start hiring staff.
While starting a franchise is typically more difficult than an independent business, the benefits of an established brand, proven processes, and other technology solutions make it a safer investment. You can also improve your chances for success by choosing one of the best franchises to own in 2023.