Home Don't Use The Pros and Cons of Buying a Franchise

The Pros and Cons of Buying a Franchise 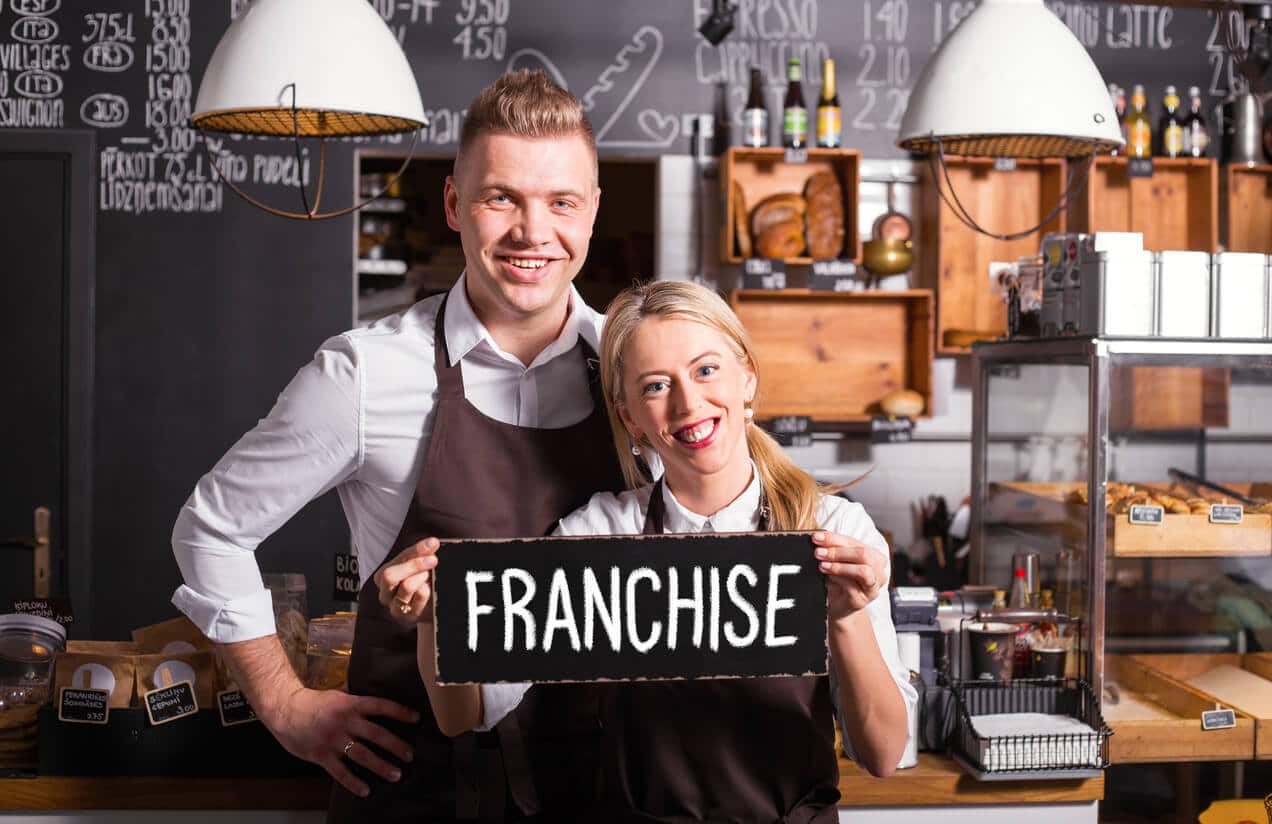 There are more than 773,603 franchise establishments in the US, employing more than 8.43 million people, according to Statistica. While retail food franchises, like McDonald’s, Krispy Kreme, and Taco Bell, may be the first type of business that comes to mind, a franchise can be in almost any industry, including personal services, commercial and residential services, automotive, and business services. For example, Lendio offers a top-ranked franchise that’s revolutionizing small business lending.

If you’ve ever thought about—or if you’re currently thinking about—buying a franchise, you need to consider several factors.

According to Kenny Rose, founder and CEO of Semfia Franchise Brokerage, there are some scenarios in which you absolutely should not pursue franchising. “If you’re on the rebound from a bad investment, hate your job and are looking for a quick escape, or recently got laid off and think you’ll be able to quickly rebound, these are the wrong reasons,” he says. “Starting a franchise is not the last resort; it’s the next step in your investment portfolio or your career, so you have to want it and be willing to put in the necessary work.”

Now that we’ve gotten those preliminary factors out of the way, we asked some experts about the pros and cons of buying a franchise.

If you value autonomy and work-life balance, a franchise provides that in spades. “You can choose how much of yourself you want to dedicate to this business: you can work full-time with a few other employees or hire a full team and supervise, check-in, or work part-time,” says Justin Douglas, CEO and founder of Corvus Cleaning, a franchise that provides commercial, office, and workspace cleaning. “You can run a large full-time operation that acts as your sole source of income, or you can simply use your franchise to bring in supplemental income.”

A franchise opportunity can be designed and shaped to fit your goals and lifestyle. “Anyone who already works during traditional business hours, takes classes during the day, or cares for family members knows how difficult it can be to juggle so many different things at once,” Douglas says. However, with franchises like his, the hours of operation, volume of services, and other particulars can be customized to fit your schedule.

“Also, while it’s not everyone’s motivation, some franchise investors move into franchising to escape the rat race and not report to a boss,” he adds.

When you buy a franchise, you’re purchasing something that is already established. “They’ve established themselves as reliable, credible, and high-quality service providers in the industry,” says Douglas. And the importance of an established brand cannot be underestimated.

“If I asked 100 people the most valuable asset in a franchise, at least half would say the brand,” says Jessica Houston, franchise consultant at Electus Franchise Consulting. “Think about a professional athlete or celebrity like Peyton Manning. He would have instant name recognition if he started Peyton’s Pizzas or Manning’s Sports Camps, but he chose franchises like many others with an established personal brand.” Another example is Shaq, who owns 9 Papa John franchises, 17 Auntie Anne’s, and a Krispy Kreme. At one time, he owned over 100 Five Guys Burgers and Fries franchises.

Using his company as an example, Douglas says Corvus Cleaning has built a trustworthy brand with national recognition. “Our high-quality service, honesty, and reliability are what we’re known for, and if you join us, these qualities will be what you’re known for, too.”

Another advantage of buying a franchise is that you’re not starting from scratch. “You gain immediate access to assets that have already been established by someone in your industry; the franchisor has developed a business model, systems, and procedures that you can adopt and learn from,” explains Douglas.

And this is incredibly important because you don’t have to reinvent the wheel. “You benefit from the work that they put in, their track record, and their success,” Douglas says. But that’s not all you get. “In addition, you’ll benefit from ongoing operational and sales support, access to capital, and a strong support system to rely on when you need guidance.”

The process and infrastructure of a franchise system is perhaps the most important advantage to Houston. “What would be cost-prohibitive to an independent business is accessible to every franchisee because the cost is shared across the system,” she explains. “This includes the product or service, how to effectively market it, and operational best practices.”

She uses the example of a painting franchise. “They will have connections with contractors to do the work, paint companies for discounted supplies, marketing collateral to develop local brand awareness, and prospecting tools to find customers quickly,” Houston explains. “They will also have technology to schedule and manage customers, business coaches to answer questions and help guide the owner’s path, and in some cases, even a centralized call center to answer customer calls and schedule appointments.”

And Houston warns that it would take years—and also be cost-prohibitive—to try to develop that kind of infrastructure for a single location.

You probably know the startup failure rate by heart. However, Rose says the rate of failure is lower for franchises—and that’s because they have an established brand, operating system, and strategy. “Additionally, the proven system makes getting a franchise loan much easier than getting a loan to start your own business,” he says.

It’s also less risky because of the extensive training options that are available. “Franchisors don’t just hand you a manual and say ‘go!’ You will get extensive training, usually both virtually and in-person.”

And there’s another reason why this route isn’t as risky. “Franchisors have a lot of background work to do before they can offer a successful franchise opportunity to investors,” Rose says. He clarifies that not all franchisors are winners just because they offer franchise investments. “However, the burden of proof regarding the system and brand is high for franchisors.”

Houston agrees and says that it’s common for businesses to fail because they don’t have enough funding. “But it’s often that they run out of money before they figure out how to operate efficiently,” she explains. However, you’ll have a blueprint on how to do it right. “This also makes funding franchises easier because banks look more favorably at the proven system a franchise provides,” Houston says. “Many franchises have pre-approval with the SBA, which allows lenders to focus on the qualifications of the franchisee rather than the business plan.”

While the advantages of being a franchisee are numerous, it’s going to cost a pretty penny to join this club. “While we exist to help our franchisees improve their lives and careers, we are also a for-profit company, like all other franchisors,” Douglas explains. “This means that royalties or startup fees will be owed.”

According to Tino James, owner of Sunrise House Buyers TX, which buys, renovates, and then resells or rents houses,” that amount could get pretty high. “You will need to pay a franchise fee and startup costs, which can be upwards of $1 million for some franchises.” That view is shared by Houston, who says there is a franchise fee, royalties, and sometimes, other fees for marketing and support. Fortunately, there are some great franchises that won’t break the bank.

Remember Subway’s public relations nightmare with its former spokesperson, Jared Fogle? “Your local reputation is only as good as your franchisor’s reputation,” says James. “If the brand runs into any type of trouble, your business may suddenly be impacted.” A report from The Reputation Institute found that Subway’s reputation took a hit after the scandal and fell from a rating of “strong” to “average” during that time frame.

Although franchises offer work flexibility, not everything is flexible. “Though franchisees have some autonomy in how the business operates, for the most part, they are required to follow the rules, regulations, system operations, and directives of the franchisor,” Douglas says. “If you have a more efficient way to conduct the business, you may be limited in your ability to implement new processes.”

Of course, some degree of consistency is necessary. When you go to McDonald’s, you expect certain menu items regardless of the location. If you stay at a Holiday Inn, you expect a reasonably-priced room. “Franchisees must operate the business in accordance with the standards and specifications established by the franchisor rather than doing things as they wish, and they must offer only the products and services approved by the franchisor,” explains franchise attorney Ryan Whitfill of Culhane Meadows. “This is fine for most franchisees, but some very creative or independent people can feel stifled in a franchise system.”

In addition, Whitfill says franchisees may be subject to the pricing restrictions established by their franchisor. “This means they may be required to charge their customers certain minimum or maximum prices for their products or services.”

The most important advice we can give you is to do your homework. “With nearly 4,000 franchises in the US, finding a great business model with territory available in desirable markets is no easy task,” Houston says. “There are some fabulous brands with all the tools a franchisee needs to win, but there are at least as many money pits waiting to happen.”