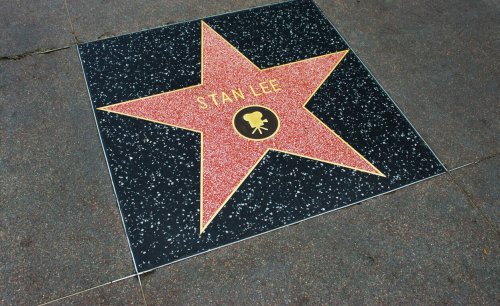 When Marvel pater familias Stan Lee passed away at the age of 95 late last year, it was clear to many that the world had lost far more than the creator of Wolverine and Iron Man.

Lee revolutionized comic books in the 1960s with his Marvel superheroes. Fifty years later, those superheroes have now completely conquered Hollywood, for better or worse.

Lee proved that if you combine imagination, hard work, and persistence, you not only can change this world, but you can create new worlds of your own.

The first round of superhero comic books in the 20th century was created by the publisher that would later become DC Comics. They featured superhumans that were basically demigods with spotless morals. Early versions of Superman, the Flash, and Batman all strove to be ideal role models. By the 1960s, Lee’s publisher asked him to create a new superhero team.

Figuring he had nothing to lose because he was already entertaining the possibility of quitting comics altogether, Lee created complex, flawed superheroes. These relatable heroes, who could have bad tempers and thought about everyday worries like how they would pay the rent, struck a major chord during that turbulent decade and continue to impact audiences today.

Lee not only built a legendary organization, but he also created and nurtured an important pipeline for talent that changed the face of comics. Just like how Berkeley chef Alice Waters gave so many of the world’s top chefs their start, Lee was a “superboss,” according to Sydney Finkelstein, author of the book Superbosses.

“Keep talent busy was just one of the lessons I took from Lee’s example,” says Finkelstein. “A second, but equally important lesson, was don’t censor talent. Lee preferred to let his talent sort out the creative details.”

3. The greatest superpower is luck

“For years, kids have been asking me ‘what’s the greatest superpower,’” Lee said in an interview. “I always say luck. If you’re lucky, everything works. I’ve been lucky.”

While Lee never discounted the necessity of hard work, he knew luck was a massive factor in success. In remembering this, he was able to remind himself that there was an arbitrary aspect in making it to the top.

This lesson is always good to remember when you feel jealous of your peers, or worse, if you are discouraged by the success of others. Random luck can play a huge part in your business and career, and luck can change.

4. Focus on creating something good

“I never thought that Spider-Man would become the worldwide icon that he is,” Lee said in an interview in 2006, right as the Marvel Cinematic Universe was an infant. “I just hoped the books would sell and I’d keep my job.”

Knowing that luck can be a huge factor, it is important to stay focused on the task at hand and not get too wrapped up in the dream.

If Lee had set out to create a series of blockbusters in the 1950s, he would likely have never come close. Instead, he worked on creating uniquely relatable characters that now serve as our modern mythology. He invested his energy in creating a quality product, and now that product has paid off exponentially.

5. One person’s challenge could be another person’s superpower

Lee had an uncanny gift to see how a person’s perceived disability could actually give them a unique ability. Daredevil was blind; Professor X had paraplegia. However, the characters didn’t allow their challenges to defeat them.

One of the reasons the X-Men characters were so relatable is because sometimes their superpowers presented immense personal challenges. In overcoming these challenges, though, these characters find a strength they didn’t know they had.

The Invincible Iron Man. The Spectacular Spider-Man. The Incredible Hulk.

Lee was a strong proponent of using an extra adjective to pique curiosity among his young readers. With new characters, the addition of a describing word could give a small, but important, sense of their superpowers beyond their name.

This descriptor is a good lesson in branding – just one word can make your logo, brand, or advertising more specific and interesting.

One of Lee’s most universally known quotes was uttered by a dying Uncle Ben to his nephew Peter Parker, a.k.a. Spider-Man. Parker had ignored a small crime that then resulted in the death of his beloved relative.

The notion is simple but evergreen – those blessed with power, be it at a small business or a giant corporation, are charged with using it to promote good. All of our actions have consequences. Once you have power, though, your actions can have consequences for many, many people.