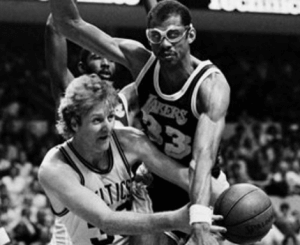 “There are no secrets to success,” said former Head of the Joint Chiefs Collin Powell. “It is the result of preparation, hard work, and learning from failure.”

Whenever I think about preparation I can’t help but think about one of my all-time favorite basketball players, Larry Bird. That which made Bird so great wasn’t the natural ability of a Michael Jordan, Magic Johnson, or Kobe Bryant, it was his focus on preparation. In fact, Larry was usually the first player on the court at Boston Gardens before every game. The parquet floor the Celtics played on had flat spots where the ball wouldn’t bounce quite right. Larry showed up early so he could bounce the ball on every inch of the floor, identifying the spots were the ball might take an awkward bounce and take advantage of that knowledge to make a steal or otherwise beat his opponent.

Preparation made him an awesome competitor.

I think Tony Robbins is on the right path when he suggests, “The meeting of preparation with opportunity generates the offspring we call luck.” With that in mind, it was Niccolo Machiavelli who said, “Entrepreneurs are simply those who understand that there is little difference between obstacle and opportunity and are able to turn both to their advantage.”