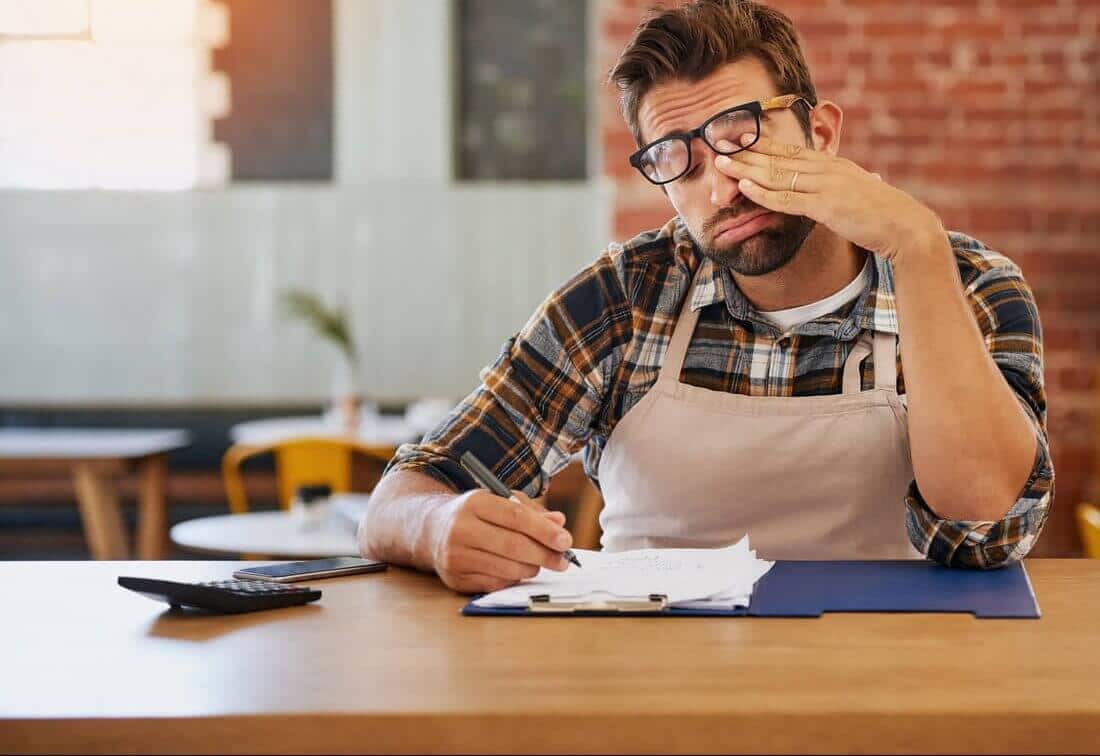 The new year changes the landscape in many US states, making some places better to do business—and others much worse. Just like in real estate, your “location, location, location” can influence your business’s chances of success or failure.

This adage is also true at the state level, where state regulations can be a significant factor in the difference between your business’s profits and losses. We took a look at which states make it the hardest to do business and which states are making it even harder in 2020.

We combined these 3 lists and averaged the rankings because their methodologies vary a great deal. Consider California, which is ranked next-to-last at No. 49 in the Small Business & Enterprise Council (SBEC) ranking because of its high corporate income taxes and expensive gasoline. On the other hand, Wallethub ranks California all the way up at No. 8 thanks to the availability of venture capital and very strong average business revenue.

These significant differences are why we’re presenting a “ranking average” that factors in all 50 state’s rankings. And when we average these rankings, here are the states that consistently finished near the bottom of the list.

The entire state of Maine is technically located above the southern border of Canada, making it the northernmost state in the northeast US. That’s why the state has a relatively weak infrastructure, which creates logistical challenges for small businesses. Though Maine rates respectably in terms of affordable office space and low cost of living, the state also has few available employees and a low level of education or certification among its available workers.

Maine is also the home of a curious 2017 legal ruling where the lack of an Oxford comma in statehouse legislation cost one business $5 million. A Maine dairy company was forced to pay its truck drivers $5 million because of a state law that meant to exempt overtime pay rules from truckers whose job involved “packing for shipment or distribution.”

The problem? That phrase did not separate “packing for shipment” and “distribution” with a comma, so truckers argued that it did not apply to drivers who only distributed and did not pack the cargo. The truckers won the multimillion-dollar settlement, and the law was eventually revised.

But consider that the Maine legislature allowed such a snafu, and an individual business took the financial hit for the oversight.

Maryland does benefit from its proximity to Washington, DC, a goldmine for lobbying businesses or entities chasing government contracts. But that’s not what most American small businesses do.

For the rest of us, Maryland scores consistently poorly with a very high cost of living and a high cost of doing business. Rent and regulation conditions in the most highly populated areas of the state make it hard to do business in large parts of Maryland.

New small business laws in 2020 include the increased minimum wage of $11, plus a 9% raise in Maryland commercial property taxes, marking the 7th consecutive year those taxes have gone up.

Big businesses love Delaware because it is a longtime LLC tax haven for limited liability companies. LLCs can incorporate in Delaware no matter the location of their actual headquarters and replace their own state corporate income taxes with Delaware’s zero corporate tax rate. An astonishing 2/3 of the Fortune 500 are incorporated in Delaware, even though the state ranks 46th in population.

Unfortunately, this practice is subsidized in part by Delaware small business taxpayers. The state has far more complicated tax regulations for its own small businesses than the bigger out-of-staters. Delaware’s exceptionally high worker’s compensation premiums and difficulty in securing small business loans also contribute to Delaware having the 2nd-lowest small business survival rate in the country.

The Empire State is not the best place to start your business empire. It’s no secret that New York is one of the highest-taxed states in the country for both personal and business taxes. The state’s high cost of living has been a running joke for years, and currently, the state has the 5th-highest gas taxes in the nation.

But New York is also a high-risk, high-reward state. The state’s access to venture capital, high-spending clientele, and potential for national visibility is the envy of most any other place in the nation.

A slew of new minimum wage laws kicked in statewide on January 1, 2020, though these varied by region.

West Virginia has one of the lowest ratings in the country for cost of doing business. But on the flip side, financing is incredibly difficult to come by in the Mountain State, small business growth there is not traditionally good, and access to new technologies rolls in very slowly.

Connecticut is a high-tax state in every category across the board, but at least have the lucrative Boston and visiting New Yorker demographics for potential customer monetization. The influx of Yale students and parents doesn’t hurt either.

But there are other tough realities to doing business in the Constitution State. Connecticut has an unusually high cost of living, and a looming unfunded pension crisis in the state will likely spell higher taxes for the state in 2020 and beyond.

As of January 1, Connecticut expanded its 6.35% sales tax to include previously exempt items like laundry and dry cleaning, interior design purchases, parking fees, and safety clothing.

The state of Vermont is another high-tax state where it’s difficult to get financing—and an expensive place to live and do business on top of that. But the state’s most glaring weakness may be an aging workforce and few available hires. CNBC reports the state is trying to fix this by offering up to $10,000 in relocation credits for remote, work-at-home employees who relocate to the state. It’s a clever strategy to woo larger sectors of the gig economy, but it’s too early to see if the tactic has worked.

But Green Mountain State businesses and those recent relocators face new 2020 costs with a recent property tax increase. The state’s minimum wage also increased by 18 cents on January 1, raising it to $10.96.

Tax watchdog groups consistently rank New Jersey as the worst state for business taxes, and their 2020 updates to those rankings are no different. While the Garden State has a tremendously well-educated and productive workforce, that workforce needs to be handsomely compensated for a notoriously high cost of living. That’s one of many reasons Wallethub ranks New Jersey as having the highest business costs in the country.

Garden State small business employers are still absorbing the costs of state-mandated paid sick leave and expanded family leave laws that went into effect last year. And as it will every year until 2024, the state’s minimum wage just went up by a dollar to $11.

Rhode Island is the only state here that has the distinction of being dead last in not just 1 but 2 of the analyses we consulted. Both CNBC and Wallethub say Rhode Island is the worst US state for small businesses, thanks to one of the most aging infrastructures in the country, combined with costly office space, labor wages, and insurance.

The smallest of states also raised its minimum wage on the 1st of the year, hiking the pay rate to $11.50. Rhode Island also recently reinstated the individual mandate of the Affordable Care Act, which had been effectively eliminated by the Trump Tax Plan, and added a tax penalty for any employees who do not have a health insurance policy.

The Aloha State manages to finish with even worse results than Rhode Island’s “dead last on 2 lists” ranking by landing in the bottom 3 of all the assessments we checked. Costs of supplies are off the charts in the remote island state, skilled workers are terribly difficult to come by, and the business tax burden is about double what it is in most continental US states.

The huge advantage, though, is that you’re in Hawaii, a beautiful area where tourists crank out mountains of disposable income. But certain Hawaii small business sectors face pesky new regulations in 2020. Retailers can no longer use plastic bags, and restaurants are required to provide juice, white milk, or water as children’s beverages.

Hawaii and West Virginia are the regional outliers on this ranking. Most of these states are in New England and the upper northeast region of the US, something to take into account if relocating or expanding your business to a new state.

No matter what state your business is located in, it’s always helpful to have more capital and improve your accounting. Every state in the US has an internet connection, allowing you to apply for a loan online or get online bookkeeping software to put your business in the best state of mind.