How a New Jersey Couple Followed Their Dreams to Business Ownership

You don’t often hear of people jumping from the petroleum industry to the beauty industry.

But that’s exactly what Steve Schaaf did.

Steve and his wife Michele opened up their first salon and day spa—Tranquility Salon and Spa—almost 18 years ago in New Jersey. Fast forward to today and the salon has grown from one location to two with about 90 employees.

“My wife is the driving force,” he said, adding that she has an entrepreneurial streak and a fascination with the beauty and fashion industries.

After 22 years in the petroleum industry, Steve made the jump to working with his wife full-time in 2002. 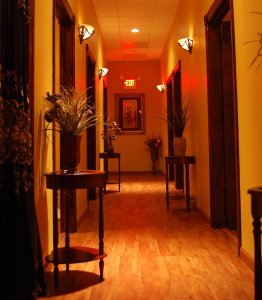 Tranquility Salon and Spa is owned and operated under Steve and Michele’s parent company MSSA Associates Inc. To get their business off the ground, Steve shares that they used his early retirement pension and relied on assistance from the landlord to pay off some construction costs over time.

Despite the growth of their business in the last 18 years, Steve said it hasn’t been without hiccups.

“Banks don’t like offering loans for fit-out [construction] of leased spaces without a long track record,” he explained. “We continually have issues with getting any size loans from banks for updates.”

To get the financing they needed for their salon, they came to Lendio.

Steve said the advertising from Lendio is what really drew him in. And with the help of Lendio, he was able to pay off higher interest loans and credit card debts.

Having two salons now, Steve notes that they are located in both small and large communities. And community is why they’re still in New Jersey.

Before Steve joined Michele full time, he took a buyout at the company he was working for. They had plans for a reorganization and offered him a new job in Virginia, but Steve and Michele decided a job wouldn’t move them away from friends and family. He took on a temporary job for two years to make ends meet, while his wife quit her full-time job to run the salon.

“My wife and I are best friends and working every day with her is both fun and exciting—her being entrepreneurial, myself being a conservative-minded engineer,” he said. “We make a good pair.”

New Jersey ranks No. 4 on Lendio’s 2018 Top 10 Best States for Small Business Lending. Learn more about why the Garden State is such a thriving hub for small business.

Sara Amato is a graphic designer, writer, and contributor to the Lendio blog. Currently based out in Colorado, she was born in New Jersey and has lived in Indiana, California, Arizona, and Illinois. When she's not designing or writing, she's probably watching TV or eating pizza.
See all articles by this author

The New Future of B2B Sales