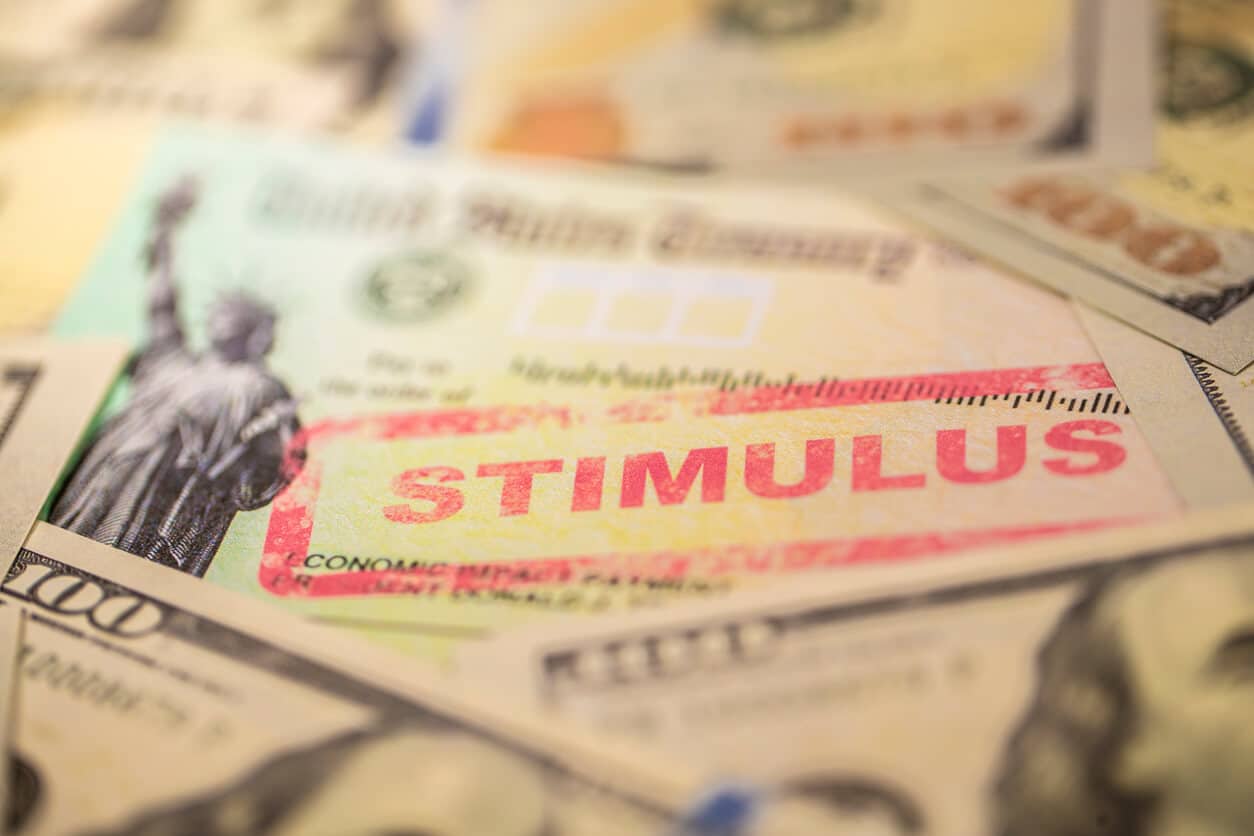 The most controversial part of President Biden’s new $1.9 trillion COVID-19 relief plan is another round of the largest stimulus checks yet. Many Americans just received a $600 stimulus check in the second stimulus package that passed at the end of 2020, and you’ll recall the $1,200 stimulus checks included in the original CARES Act that passed last March. Now Biden is proposing another $1,400 stimulus check in his American Rescue Plan that he’s hoping Congress will approve. (Families would also get larger checks based on their number of dependent children.)

Republicans are countering with a proposal for a $1,000 stimulus check, according to CNBC. A recent Vox poll found that 60% of voters support Biden’s proposed $1,400 check, but the same number of respondents feel that high-income earners should get smaller checks or no checks at all.

Politifact estimates that if the $1,400 check proposal were to pass as written, it would cost $465 billion. Of course, there’s no guarantee it will pass. There’s also no guarantee whether $1,400 checks would be effective at helping poor or struggling Americans or reviving the battered small business economy.

Let’s take a look at the factors at play determining whether Americans should get stimulus checks as large as $1,400, whether they should not, and most importantly, what the odds are for getting $1,400 stimulus checks.

The Argument for $1,400 Stimulus Checks

More people out of work means less revenue for small businesses like restaurants and bars, retailers, and tourism and travel. Stimulus checks can save jobs by ensuring people still have money to spend, even as the US employment situation is taking a turn for the worse.

Those checks are also the simplest way to jumpstart the economy, as the growing population of people who’ve seen their income decrease will be more comfortable spending again. But not everyone who receives the check will spend that money or help boost the economy with it.

One surprising statistic is that many households are better off than they were before the pandemic—even in the lower income brackets. The stock market is booming even though the economy is in a recession, and according to the Federal Reserve, home prices are at an all-time high.

But it’s not just people who own homes and stocks seeing their wealth grow. A New York Times analysis of the debate over stimulus checks contains a shocking graphic showing that most households have gotten richer during the pandemic at all income levels—even the lowest 50%. All income levels took a dive in the first few months of COVID-19, but they’ve all rebounded. In some part, this is thanks to enhanced and broadened unemployment benefits. But it’s also attributable to lower spending because spending opportunities are so few when people are stuck at home.

As a result, many households might merely save the money rather than putting it to its intended use of directly stimulating the economy.

There may be flaws in the Times conclusion that “most” households are better off. Notice that their breakdown tracks 4 groups: the top 1%, the next top 9% (who are in the still very wealthy 90-99% percentile), the 50-89% percentile, and the bottom 50%. The bottom 50% constitutes by far the largest percentage, and we may be missing a lot of detail and nuance by lumping that group together.

Keep in mind that 8 million more Americans have fallen into poverty during the pandemic. Financial analysis data may not be properly capturing their situations because these people have fallen outside of the mainstream matrix of banking and financial reporting.

The larger point is still true, though, that some sectors of the economy are doing well, and large segments of the population would be just fine without a stimulus check.

There May Be a Better Way To Target Financial Support

The Biden administration is already putting out a trial balloon that it may narrow who qualifies for the $1,400 stimulus check, according to the Washington Post. The previous stimulus checks only went out to those making less than $75,000 a year, so a similar threshold could come into play here as the president tries to get more votes for his plan in Congress.

Other means of support could be more helpful than direct payments to all Americans. This boost could come in the form of enhanced unemployment benefits to really aid those who need it the most. It could go directly to small businesses that are closing at rapid rates. With the COVID-19 vaccine now available, getting the whole country vaccinated might be a better investment of that money. Because if coronavirus were quickly eradicated, that would quickly spur an economic recovery.

Giving people stimulus checks seems an admission that the economy is not coming back to normal anytime in the next couple of months. And with the new COVID-19 variants causing a new infection surge, that may well be the correct calculation.

The Coming Battle in Congress

Remember, the checks only go out if they’re approved by both houses of Congress. Republicans generally oppose the $1,400 checks, and Democrats aren’t all on the same page, either. Plus, the checks are just a small part of a larger bill that also includes other thorny topics like school reopenings, eviction moratoriums, and raising the minimum wage. This bill will not be easy to pass.

But as we head into the second year of the pandemic, small businesses nationwide are worried they won’t survive much longer. Both sides in Washington, DC, seem to favor another round of checks. But a big battle is brewing over how many Americans will get the checks and the dollar amount of those checks.