Home How a Family Business Spreads Aloha, One Burger at a Time

How a Family Business Spreads Aloha, One Burger at a Time 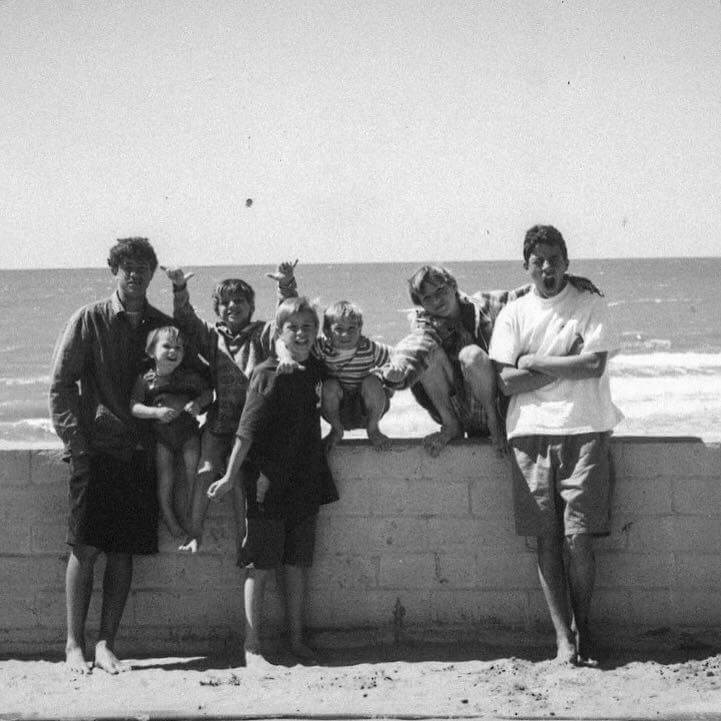 As his family started to grow son after son, Art Hannemann knew he wanted to do one of two things: start a band or open a family business, specifically a restaurant. Despite all seven sons’ vocal abilities and guitar prowess, it was the family business that eventually came to fruition. In 2009, Art purchased a local grill behind a gas station in the beach town of Kahuku, Hawaii, and renamed it Seven Brothers. There, he and his family began grilling burgers, mixing shakes, and frying up uniquely shaped, but deliciously crisp fries.

Selling More Than a Burger

After purchasing the existing grill, the father and sons slowly began making changes to the menu and décor, infusing their own spirit with every burger they served. It wasn’t easy, though. In the beginning, they would see just 10 to 20 customers a day. But the brothers took turns manning the place and continued to learn the industry, making improvements as they went.

With time, their customer base grew. The next year, 50 to 100 people were coming in daily. Eventually, serving 200 customers a day became the new normal, and they opened a second location on the island. The growth is impressive, and a direct result of the care they take to deliver five-star customer service, provide the freshest food possible, and treat everyone as part of the family.

When Art Hannemann chose to start a restaurant over a family band, he did so with a mission to use food to spread the love of his family to everyone that comes through the door. That mission can be seen today in everything from the family photos on the wall, to the names of the burgers (each brother is represented), and even the table numbers they give out, which aren’t numbers at all, but validations like smile, happy, and be brave.

As the restaurants continued to grow, the brothers expanded off the island, opening their first Utah location in 2017, with a second soon thereafter. With plans for growth ongoing, the brothers continue to maintain the mission their father began within every location.

Sterling Hannemann opened the first location in Utah with the help of a business partner. The unit has been successful, but he acknowledges that each new location has its unique challenges. While Sterling found it harder to market his restaurant in a more suburban locale, word of mouth and customer reviews have proven strong enough for Sterling to buy out his partner, returning full ownership to the family. In doing so, however, his on-hand cash reserves diminished. Sterling knew he might need some working capital to make it through a historically slow month, so he turned to Lendio for a line of credit. And despite not needing to use much of those funds, he says he’s glad he had a partner to turn to.

“The Lendio process was amazing,” says Hannemann. “They went at my pace; luckily I wasn’t desperate so I was able to take my time. But when the time came to accept a loan, it was a two-day process before funds were in my account.”