Female Founders Can Change the Equality Game With an IPO 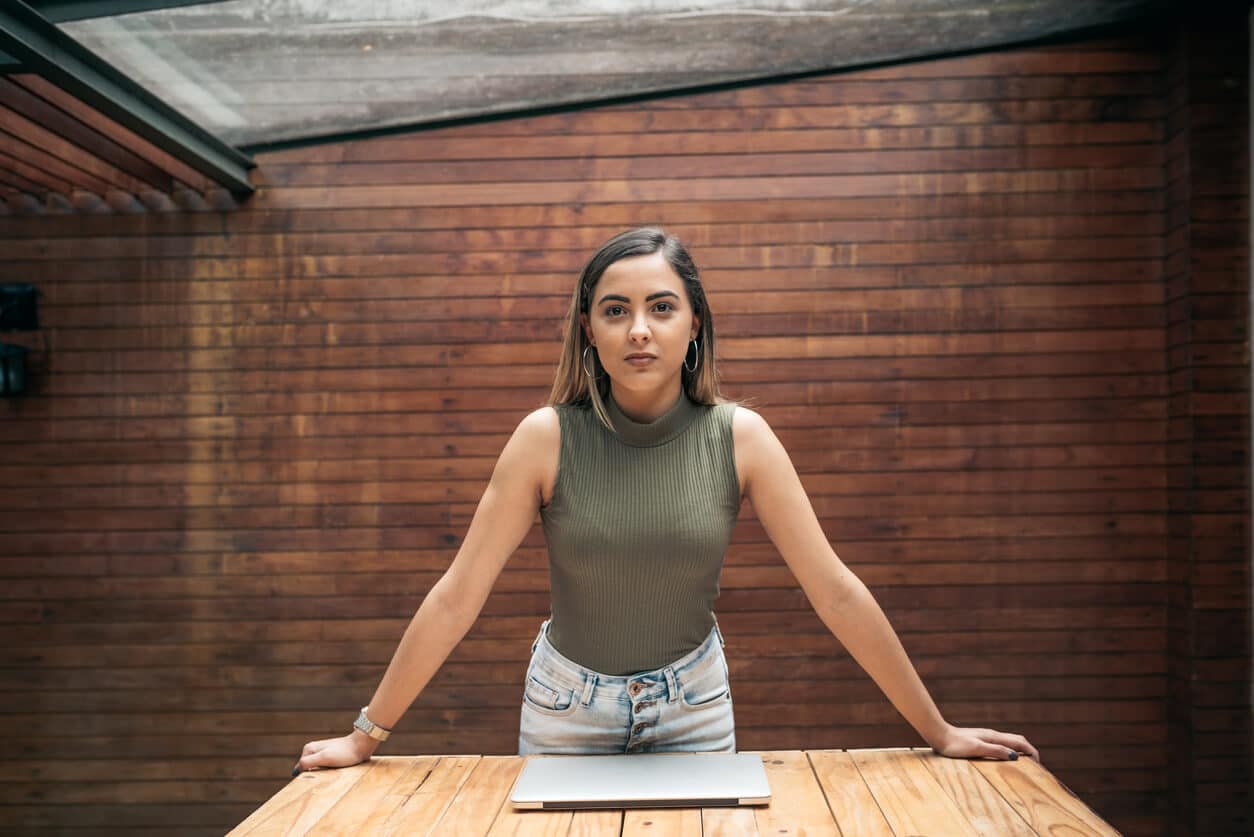 Taking a company public via an IPO is a dream for many business owners. The reality: not many women-founded businesses get this opportunity, which puts the brakes on gender equality.

Only 20 female-founded businesses have been led through a successful IPO by their founders and are still in business and publicly traded. That’s a depressing count, given that there were 4,747 IPOs between 2000 and 2021. 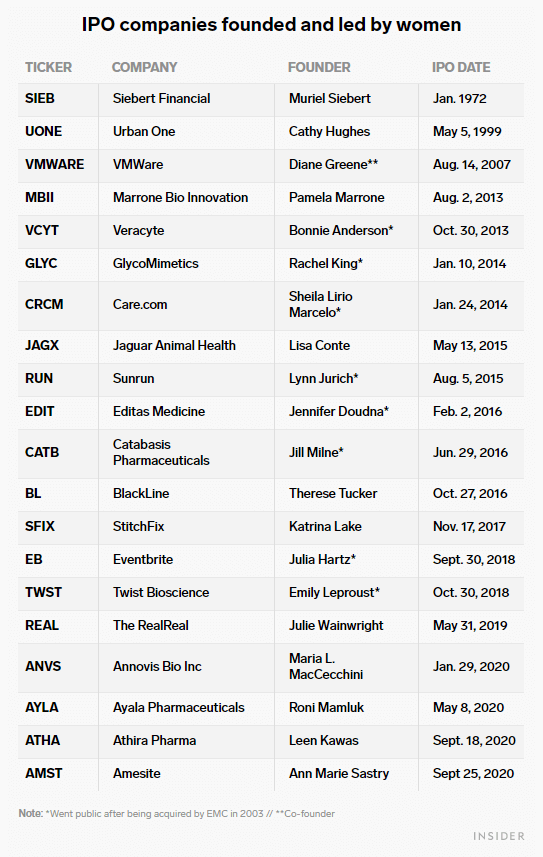 Source: “Hundreds of startups go public every year. Only 20 are founded and led by women,” Business Insider

2021 may improve that count a bit, as 1 female-founded business has made history with an IPO: Bumble, founded and led by CEO Whitney Wolfe Herd, soared to a $14 million valuation in February.

Gender equality was creeping along before the coronavirus pandemic speed bump appeared. If more female founders were to lead businesses through successful IPOs, this could help promote gender equality via wealth, leadership, and economic impact.

Taking a business public can generate vast (and seemingly instant) wealth. Trevor Milton, the founder of Nikola, was worth $5 billion after his company’s IPO. Brian Chesky, one of the founders of Airbnb, gained $6.5 billion on the opening day of the company’s IPO. That “paper money” may not translate to cash-out wealth, but those numbers surely mean influence.

That’s one of the reasons Business Insider proposes that “corporate America is broken for women. They need to blow it up and rebuild it if they want more leadership positions.” Climbing someone else’s corporate ladder for financial gain is a slow slog. Taking your own company through an IPO may be a faster route to extreme wealth.

Venture capital firms generally have very few female decision-makers (12% as of 2019), which may contribute to the mere trickle from the VC fountain for women-only founded companies (2.7% of total US VC activity in 2019).

Source: “Hundreds of startups go public every year. Only 20 are founded and led by women,“ Business Insider

Wealth, however it’s gained, gives women the ability to flip the VC power structure by creating their own VC funds to help other women. For example, Wolfe Herd has used her financial status to create the Bumble Fund, which is “committed to ending bias in venture capital.”

Lendio’s CEO and founder Brock Blake shared during a podcast with Marilyn Gorman, the faculty lead at Lean Startup Co., that venture partners can also become strategic partners. Whatever problem your business faces, your venture partners can probably connect you with another company that is willing to offer advice on how they successfully solved a similar issue.

When women-founded companies are cut out of the IPO scene, thus losing access to venture partners, they’re also denied entry to that leadership portal.

There’s plenty of research that proves the benefits of women-owned businesses.

According to American Express’s “The 2019 State of Women-Owned Business Report,” women-owned businesses employed almost 13 million workers and earned over $1.8 billion in revenue.

Maria L. Maccecchini, founder and CEO of Annovis, led the company through its $12 million IPO. She told Kiplinger that it’s important to “realize that things aren’t likely to take off right away.” Persistence and patience are part of the IPO process.

Katrina Lake, the founder of Stitch Fix, told Inc. that an investor turned her down by saying, “Your business is on fire, your team is great, but I just don’t feel passionate about women’s apparel.”

Venture capital firms, lacking diversity, will continue to support only what interests them, missing out on sizable opportunities—so female founders will have to stand firm in their vision for the business and seek out investors who “get them.”

Rent the Runway CEO Jennifer Hyman echoes that sentiment. In her experience, she says, successful founders refuse to give up, and they believe they will succeed.

What Needs to Change?

What can be done to facilitate more female-founded IPOs?

While IPOs may not be one of the top 3 funding sources for new businesses, it might be a more viable option for women if requirements and regulations are changed and biases are removed.

Policies encouraging diversity are a start. Goldman Sachs requires at least 2 “diverse” board members before they’ll agree to take a company public. Their lead could encourage other funders to focus on diversity for IPOs.

Rewriting the mental playbook of expectations for both investors and founders could also help.

Hyman pointed out that female founders aren’t given the same leeway for failures that male founders have once funding is secured. For example, she wasn’t “…given the permission or privilege to lose a billion every quarter” like male-founded WeWork and Uber were.

Julie Wainwright, the founder and CEO of The Real Real, says that women set their own barriers to success by not expecting to be a CEO and focusing on “what if I fail?” instead of “what if I succeed?”

Lake faced challenges with mentorship as the female founder of Stitch Fix. “There’s a lot of natural mentorship that happens when you’re a man and have a lot in common with people and can spend time on hobbies outside of work. But for me, as a mother, going to cocktails every night is not something that I can make time for, and in the long run, that can be a disadvantage.”

For women to smash through gender inequality, they need to play a new game—including leading their businesses through an IPO.