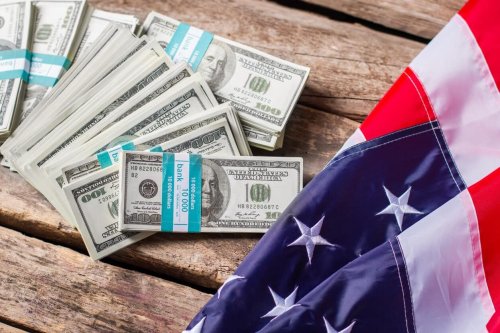 The National Debt and Small Business

The national debt in the United States is poised to reach staggering new heights in 2020 as the coronavirus pandemic spreads throughout the country. Driven by an outpouring of government relief spending and soaring unemployment, this debt is piling up.

Of course, for many small business owners and workers, it doesn’t seem like government relief is going to keep them afloat as the disruptions from the pandemic continue through the back half of the year.

Many economists, politicians, and business journalists believe that the national debt should be a top concern for the nation, even during the COVID-19 crisis. Starting in 2010, some politicians have basically staked their whole ideology on the issue.

But as a small business owner, should you care about the national debt?

What Is the National Debt?

First, this can become a very wonky conversation—so knowing a few key definitions is helpful.

The federal government has a budget deficit when its expenses exceed its income, which is typically raised through taxes. While the government sometimes turns an annual budget surplus, as it did in the late 1990s, there hasn’t been a surplus since 2001, according to the Congressional Budget Office (CBO).

The national debt is the accumulation of these annual budget deficits. Every year that the federal government operates at a deficit, that amount gets added to the total.

To work like this, the Treasury Department issues treasury bonds and other investment notes so that the government can continue to exist, even at a deficit. This debt is mostly held by investors, including average Americans, domestic firms, and foreign governmental funds.

Currently, the US national debt is almost $26.6 trillion, a significant increase from last year due to increased pandemic spending by the federal government.

For a sector of economists, rising national debt could lead to a financial calamity that touches every American. However, the direness of the situation depends on who you read.

In theory, there are multiple ways a country overburdened with debt could pass damage onto its citizens.

For one, if the US defaults on paying its rising debt service obligation, which could be likened to your monthly credit card payment, the Treasury would have to raise yield amounts for new bonds in order to attract new investors. Paying out these new and higher yields would cost a larger portion of tax revenue collected by the government, which could result in reduced services for Americans.

If this happens, American corporations could be charged higher interest rates because they will be seen as riskier investments. Because they are paying higher rates, they would likely then raise prices on goods and services, which would push overall inflation upward.

This default also could lead to reduced home values and, therefore, a broad reduction in asset value for American homeowners. Essentially—because lenders will want to see higher yields from new mortgages—mortgage amounts will become smaller, as there will be fewer prospective homeowners that can afford to pay the higher interest rates. Many homes would have to be priced lower to match the lower mortgage offers.

Additionally, economists argue that if the US defaulted on its national debt, this would severely harm the country’s military and political power around the globe. However, the specifics of how this would look, especially as the world faces an unprecedented global pandemic, are hard to measure.

“Some say that servicing the debt could divert investment from vital areas, such as infrastructure, education, and research,” the think tank Council for Foreign Relations said in a recent report, adding that “there are also fears it could undermine US global leadership by leaving fewer dollars for US military, diplomatic, and humanitarian operations around the world.”

Is the National Debt Your Business’s Concern?

Some economists argue that our top priority should be tackling the national debt by trying to reduce budget deficits. Many people in media, politics, and business share this view.

When thinking about what you and your business’s priorities are, though, there are others who argue that the national debt shouldn’t be a focus of your energy.

In an article for the Financial Times, former president of the European Central Bank Mario Draghi argued that increased national debt is necessary in order to avoid wider devastation from the coronavirus, which represents a very real economic threat if not handled appropriately.

“Public debt levels will have increased,” Draghi noted. “But the alternative—a permanent destruction of productive capacity and therefore of the fiscal base—would be much more damaging to the economy and, eventually, to government credit. We must also remember that given the present and probable future levels of interest rates, such an increase in government debt will not add to its servicing costs.”

In the New York Times, senior economics correspondent Neil Irwin argued that inflation remains a risk if the US keeps running at a deficit, but the evidence suggests that situation won’t happen in the near term.

“All evidence now suggests that day is far away,” Irwin wrote in March. “Currently deflation, or falling prices, is more likely to be a problem. The price of oil, at around $23 a barrel, is roughly 1/3 the level at which it started the year, and bond prices imply that inflation will average only about 1.07% annually over the coming decade.”

If the Federal Reserve has to raise rates suddenly due to increased inflation, Irwin argues, the economy would also likely be much stronger, and the government would be better positioned to pay down the debt obligation.

Americans aren’t very concerned with the issue overall: Gallup surveys from 2019 and early 2020 found that only about 1% of US adults thought that the federal budget deficit and national debts were the most important issues facing America.

Pollsters also found that, since 2013, the number of Americans who prioritize reducing the national debt has declined year after year.

While the national debt should not be ignored, the reality is that there are more immediate problems facing your business.