Home Don't Use Want To Be Profitable? Focus on the Customer Experience

Want To Be Profitable? Focus on the Customer Experience 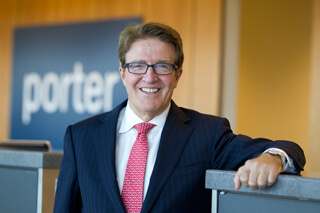 What was your last experience flying? Did you do carry-on to avoid baggage checking fees? Were you crammed in your seat? How about the on flight food and drinks, were they free? Flying has definitely changed since the 90’s and not for the better.

Enter Robert Deluce, co-founder and CEO of Porter Airlines. He built his Toronto-based airline with the idea of bringing back the 90’s flying experience. He believes in making flying an all around good experience again, not just a way to quickly get around the world. Here is a list of some of the things that Porter Airlines does: Porter Airlines was founded in 2006 starting with only two aircraft.  It wasn’t until 2011 it was even profitable. That’s five years! They’re now ranked as the second-best small airline worldwide, and considered the best flight in North America. Deluce achieved all of this by understanding that, “[Porter Airlines is] a customer-service organization that happens to operate aircraft.”

Deluce was named “The Travel Entrepreneur of the Year” by Entrepreneur magazine for 2013. Here is how he accomplished this:

Major airlines have been raising prices and getting rid of the positive experience that comes with flying. Deluce believes, “Passengers who are a little more discerning tend to appreciate the subtle differences.” In other words, do what your competitors are doing and more. It’s not so much the big things that make the difference but the little things (i.e. more legroom).

Deluce’s most important assets are his airplanes and airports you fly to and from. Most major airlines (United, American, Delta, etc.) need to sell at least eighty percent of their seats to break even. Porter Airline only needs to sell in the high fifty percent to break even. He point out, “That gives us a significant financial advantage.” He also invested $55 million into their flagship terminal, Billy Bishop City Airport. It was underutilized and needed some TLC. The airport departure  and landing experience is just as important as the flying experience.

No startup sees instant profit. There is always a period where you are spending money to get customers, who turn your company profitable. It took Porter Airlines five years to turn profitable. This isn’t your average startup either. There is a lot invested into their assets with planes, storage, airports, etc. Deluce had to make sure he had enough money to stay a float while his company grew. With the right business loan or lender your company can have more time to prove its model and turn profitable.

When asked why the airline is named ‘Porter Airlines,’ Deluce responded, “You know, our name is no accident. The role of a porter traditionally was to help you on your way, reduce some of the discomforts of travel, and make the whole experience easier and more pleasant. At Porter Airlines, that’s embodied in our culture.” It’s been this way since day one. Instead of focusing solely on profit, Deluce knew they had to continue focusing on the customer’s experience.

Deluce started Porter Airlines when all other airlines were seeing red and had to cut back on many things. Porter Airlines became successful as more people heard how great it was to fly with them. He has shown that putting the customer experience before your company’s  short term profit goals truly does pay out in the end. It just might be a scary ride until it does—pun intended.