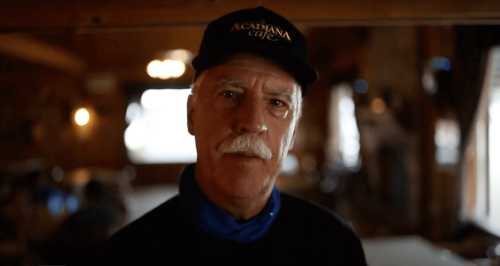 Located in the golden metropolis of San Antonio, Texas, is a dining experience like no other. Described as a family-style restaurant that serves award-winning catfish and seafood with a Cajun flair, Acadiana Cafe is a must-eat destination. Unfortunately, like many restaurants in the current economic climate, Acadiana Cafe felt the sting of COVID-19 and its associated quarantines.

From Humble Beginnings to Troubled Waters

Acadiana Cafe has been part of the San Antonio scene for 34 years, but it started as a small chain restaurant from Louisiana and Mississippi. When Dave Saylor took a job as assistant manager, the course of the restaurant’s future changed forever.

Working his way up to the top, Dave eventually purchased Acadiana Cafe and made it his own. From there, the restaurant developed into a much-loved member of the community. With business booming and popularity rising, it appeared all would be blue skies and smooth sailing from then on—until COVID-19 struck.

“We had less than a 24-hour notice that we would have to shut down our dining room,” Dave explained. “We dropped down to doing about 25% in sales due to the shutdown.”

As the pandemic dragged on, Acadiana Cafe’s staff of nearly 70 employees dwindled to merely 13. Reflecting on the experience, Dave recounted, “We didn’t know if we could survive without an infusion of capital.” The restaurant was in peril.

But then, in the face of continued economic hardship, a glimmer of hope appeared.

When the chance to apply for the Paycheck Protection Program arrived, Dave immediately turned to his bank. Yet, despite being a member of this nationwide bank for over 30 years, he quickly realized he wouldn’t find any help there.

“[The bank] had us on a waiting list just to turn in an application for the SBA loan,” Dave recalled. Once he reached this impasse with his bank and felt a growing need for capital, it was time to turn to Lendio and its partners.

After receiving funds from his PPP loan, Dave had the opportunity to acquire additional financial aid through one of Lendio’s small business grants.

“[The grant] came at a time whenever they’d issued some more alerts here, locally, in San Antonio, and our sales had dropped again. That grant money…gave us some hope that times would get better.”

Since then, business at Acadiana Cafe continues to improve, and Dave looks toward PPP loan forgiveness with hope.

A Recipe for Success

Through all of the struggles faced during the coronavirus pandemic, Dave and Acadiana Cafe remain key figures in the lives of their employees and local community members.

Dave’s life of service extends beyond the restaurant world: he’s involved in organizations like the Kingdom Business Women’s Ministry and various church groups, in addition to holding positions in several restaurant associations. He also served as an honorary commander of the 433rd Airlift Wing in the United States Air Force.

His experiences during the pandemic and involvement in over 20 groups, associations, scholarships, and committees have taught Dave a great deal. He realized that the most important people are those close to home—like loyal employees, customers, and others in his community. Similarly, he’s learned a fundamental lesson since the beginning of the pandemic that he’ll follow in the future: be flexible and proactive.

“During all of this, every day, something would change,” Dave explained. With new regulations from authorities, customer demands, and certain limitations on food products, the ever-evolving circumstances required daily adaptation.

Dave believes that business owners can achieve success and triumph during economic hardship by being flexible, planning ahead, valuing their relationships with other business partners, and being careful with their money. But his final words ring true for all people looking for light in troubled times.

“Just don’t give up hope, and keep plugging away.”