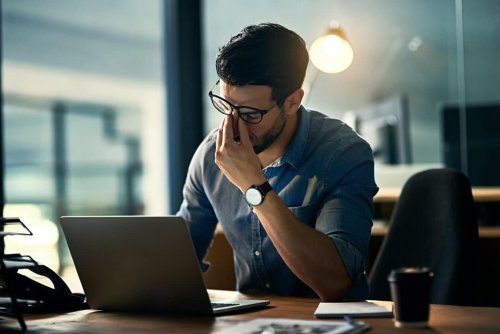 Entrepreneurs and the 40-Hour Workweek

In April, Alibaba cofounder and the richest man in China, Jack Ma, courted controversy when he advised tech workers who want to succeed to follow a “996” workweek–that is, they should work from 9 a.m. to 9 p.m., 6 days a week.

The 996 culture is popular at many Chinese tech firms, but some employees are starting to organize against this. Ma was reacting to criticism that Alibaba overworks its employees.

“If we find things we like, 996 is not a problem,” Ma wrote on Chinese social media platform Weibo. “If you don’t like [the work], every minute is torture.”

Of course, China is not alone in its culture of spending long days at the office–Americans are famous for working more than 8 hours a day, especially as technology has made it easier to bring work home.

For entrepreneurs, it remains an open question as to how long your workweek should be. In most cases, you will have to come up with your own system.

“As I expected, my comments internally a few days ago about the 996 schedule caused a debate and non-stop criticism,” Ma continued. “I understand these people, and I could have said something that was ‘correct.’ But we don’t lack people saying ‘correct’ things in the world today, what we lack is truthful words that make people think.”

The basis of his argument is a common theory: if you love what you do as your job, it won’t feel like work.

“Those who can stick to a 996 schedule are those who have found their passion beyond monetary gains,” Ma said.

Across the Pacific, icons like Marissa Mayer and Elon Musk have pushed for passionate workers to accept the need for long hours. Many startup founders and small business owners say that this time and hard work are necessary ingredients to get a dream off of the ground.

In Forbes, Chris Myers, the cofounder of startup BodeTree, argued that work-life balance is a myth for entrepreneurs.

“Work and life sit together on a spectrum and when you try to separate the two, you’re courting disaster,” he said. “For entrepreneurs, little success is found when you don’t live and breath your business.”

He says that you shouldn’t ignore your personal life, but that entrepreneurs must take a holistic approach to how every waking hour is spent.

“Does that mean that you ignore your family and friends? Absolutely not,” Myers explained. “They’re simply part of the entire experience.”

As opposed to 996, another approach to entrepreneurship has been gaining acolytes over the past decade–the “4 Hour Workweek” made famous by author Tim Ferriss.

The system is hard to boil down directly, but it relies on a lot of automation, outsourcing, and being extremely precise with those few working hours.

Ferriss developed the concept in the late 2000s as a response to the American obsession with overworking.

Studies support the idea that consistently working more than 35 or 40 hours per week does not provide linear correlated growth in productivity.

A researcher at the University of Pennsylvania found that adding another 5 hours to the week to a 35-hour week affects results much more than when those 5 hours are added on to a 48-hour week.

Long workweeks mean less sleep, exhaustion, and loss of focus, which all result in less productivity. Also, if you are working all the time, you may begin to wonder if you can even enjoy the fruits of your hard labor. Beyond the psychological and productivity tolls, longer hours mean higher costs just to keep the lights on.

“The simple reality is that work, both mental and physical, results in fatigue that limits the cognitive and bodily resources people have to put towards their work,” said Ken Matos, senior director of research at the Families and Work Institute think tank, in a statement. “When they are not thinking clearly or moving as quickly or precisely they must work more slowly to maintain quality and safety requirements.”

For entrepreneurs, there is no easy answer. Starting a business is difficult–entrepreneurship demands attention and hard work. Still, working all the time is shown to have diminishing returns.

For Christine Baker, the cofounder of consulting firm Strategic Nudge, small business owners may want to find another system than the traditional idea of the workweek.

“When you’re an entrepreneur, the hours you work are a meaningless measure,” Baker told Business News Daily. “You work until you achieve what you need–whether that’s your first product launch, first customer sale, first year of $100,000 turnover or whatever. If that takes 20 or 70 hours a week, so be it.”