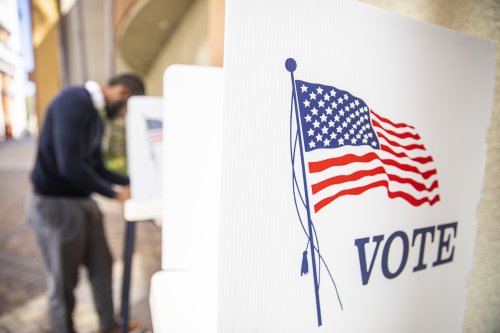 While an election will impact your business less than your marketing strategy or a good business plan, you will likely feel some sort of change depending on who occupies the Oval Office. Here is a nonpartisan look at how an election cycle impacts several factors that, in turn, could impact your small business.

The National Economy and Stock Market

It can be easy to mentally link stock market activity to whoever occupies the White House, especially because presidential candidates like to do it for you. However, the market is cyclical by definition, with recession naturally following growth that is defined by a myriad of factors.

How the president acts is one of these many factors, and candidates since at least the 1920s have been heartily pushing this idea. The data shows less of a definitive, direct connection, and it is important to note that the past doesn’t necessarily define the future when it comes to economics. Marshall Nickles of Pepperdine asserted in a paper that of the election years between 1928 and 2000, the return of the S&P 500 Index has been positive for all but 4 of them.

The economy has been in expansion since 2009, meaning we are currently living in the longest growth cycle in American history. It also means that we will likely face a contraction within the next few years, and whoever is elected in 2020 would then have to handle it. Interestingly, though, sometimes these short-term actions, like a bailout, can result in other issues in the future.

“Strong doses of fiscal and/or monetary policy stimuli unfortunately often result in creating inflation, which then must be addressed, thereby perpetuating the business and stock market cycles,” Nickles explained. “Given the foregoing scenario, it is not at all surprising to find that the stock market often has made major bottoms about 2 years before presidential elections and has risen through the end of election years.”

The stock market has grown ever since the financial crisis of 2008, and markets have soared since President Donald Trump was elected in 2016—although there has been plenty of whipsawing amid trade war fears and, more recently, worries over coronavirus. Although some investors would tell you to be wary of more liberal candidates, policies benefiting the working class over Wall Street could also result in more consumer spending and stability.

Regardless, how the stock market behaves in the 2020s will be decided by an immense net of interwoven factors, not who wins on November 3, 2020.

The interest rates you see on your accounts and debts are largely influenced by the Federal Reserve, the central bank of the US. The Fed sets the interest rates banks can charge each other, a process that then passes down to consumers—like small business owners looking into loans.

A president actually cannot do much to influence Fed policy, which is one of the reasons the Fed is sometimes seen as a shadowy force condemned by conspiracy theorists. Trump, though, has tried very publically to bend the Fed to his will, breaking a 25-year period of presidents not commenting on what the Fed does. Trump appointed the current Fed chairman, Jerome Powell, instead of renewing the term of the appointee of former President Barack Obama. He also regularly fires off tweets criticizing Powell and the Fed. The desire to influence the Fed is not without precedent—Lyndon Johnson was said to have complained in person to the Fed chairman.

Does this do much? It’s hard to say. The Fed has increased the interest rates 9 times since 2015, including 7 increases under Trump. Trump has loudly requested that the Fed reduce rates, utilizing a theory that this would further stimulate the economy. In 2019, the Fed cut rates 3 times.

Even though all but one seat of the Board of Governors are occupied by Trump appointees, every vote to raise rates has been unanimous, although some of the cuts were not supported by every governor.

During election years, the Fed attempts to sit on the sidelines and appear as apolitical as possible. However, the board is nearly full of Trump appointees and he has 2 vacancies to fill. As a check, each governor has to be approved by the Senate, which has so-far stymied several of Trump’s nominations.

Considering its history, it is highly unlikely that the Fed would do something out of character with interest rates to attract political ire. Powell himself said at the end of 2019 that staying on the sidelines is a priority for the Board of Governors, although stock traders have said they are preparing for the Fed to cut rates at least twice in 2020.

“Our economic outlook remains a favorable one despite global developments and ongoing risks,” Powell said at a press conference. “As long as incoming information about the economy remains broadly consistent with this outlook, the current stance of monetary policy likely will remain appropriate.”

When Trump was elected in 2016, it was no surprise that one of his first big pushes was to slash corporate tax rates. After a lengthy struggle throughout his first year, Trump and Congressional Republicans passed a bill overhauling the tax code. Although the biggest victors were large companies and the wealthy, each taxpayer now receives a much larger individual deduction, and some of the benefits given to larger corporations pass down to small business owners.

Although all of the Democratic presidential candidates have taken aim at some elements of the Tax Cuts and Job Acts, most of the criticism is over corporate tax rates and breaks for the very wealthy, like the estate tax. The bill limited deductions small business owners and sole proprietors can take for business meals and commuting.

On the whole, unless the expanded individual deduction is dismantled, the parts of the tax code impacting small business owners the most won’t likely change based on the presidential election. In terms of tax code changes, the Democratic candidates have generally pushed for closing loopholes paired with increasing taxes on the wealthy and big corporations.

Healthcare has been a defining issue for presidential elections since at least the 1970s. When the Affordable Care Act (ACA), or Obamacare, was signed into law, it became a landmark of the political arena. Trump tried to repeal Obamacare, but the venture proved very unpopular, and Republicans have generally settled for quietly cutting parts of the ACA where they can.

Since 2016, many on the left have advocated for single-payer healthcare, which would represent a revolution in the American healthcare system. More moderate Democratic candidates have argued for bolstering the ACA and undoing Republican amendments to it.

Of course, the question of cost is the main criticism of single-payer healthcare. The plans released by Senator Bernie Sanders and Senator Elizabeth Warren call for higher taxes in one form or another to pay for their “Medicare for All” ideas—although the increased taxes would be lower than the current cost of health insurance premiums.

When it comes to small businesses, single-payer might not be as devastating as some would believe. Although it would no doubt rile the wider economy, Medicare for All would free small business owners from worrying about employee healthcare issues. It could also lead to a boost in entrepreneurship as people who are staying in jobs only because of healthcare benefits decide to strike out on their own.

“These findings … coincide with increased optimism among small business owners about the current state of their business, along with decreased pessimism about the effect that policy changes may bring in the next 12 months,” Laura Wronski of SurveyMonkey said in a report. “This quarter’s survey was conducted during a pivotal period for President Trump, with fielding taking place [the] same week as his third State of the Union address and his impeachment acquittal.”

The survey found that small business owners are essentially split down the middle as to whether they think a recession will hit this year, with 49% saying a recession is likely.

Respondents also said that their biggest problems were acquiring new customers and finding qualified employees. Interestingly, a majority of them (57%) said that they don’t expect minimum wage increases that occurred in over 20 states at the start of the year to impact their business.

While trade policy in recent years has caused some small business support to wane, it appears that most small business owners approve of Trump and the current economy.