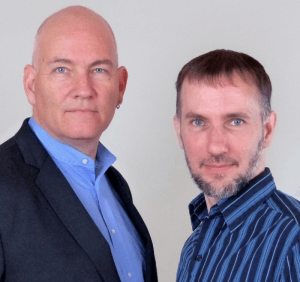 Stephen Voltz is co-founder of EepyBird Studios, the company behind the Coke and Mentos phenomenon and other viral campaigns that have generated a total over 150 million views.

Stephen, and his business partner Fritz Grobe, are the co-authors of the new book, The Viral Video Manifesto: Why Everything You Know is Wrong and How to Do What Really Works (McGraw-Hill 2013). The book has been receiving some great reviews from industry insiders, including one from Stafford Green of the Coca-Cola Company who wrote simply “Voltz and Grobe have deciphered the magic of making viral videos.”  For more information, visit ViralVideoManifesto.com.

As internet video has moved from the early days of dancing-in-the-dorm-room videos with a few dozen views to  last year’s Gangnam Style billion view mega-hits, we now know that what works in television does not work online.

In preparation for writing our new book, The Viral Video Manifesto, my partner Fritz Grobe and I analyzed hundreds of successful viral videos, and here’s our take:

For sixty plus years, television has been getting better and better at keeping us from changing the channel, no matter what.  The production techniques developed for television – quick cuts, multi-camera shoots, odd camera angles, dolly shots, crane shots, news crawls at the bottom of the screen, and the like, do that beautifully.   Over the years, television has perfected a style that taps into the primitive, instinctive parts of our brains to hold our attention continuously, whether or not the content itself is compelling.

These techniques exploit a primal human reaction known as the “orienting response”: the automatic reaction that’s triggered whenever we see a sudden movement or hear a sudden noise.  The orienting response is what forces us to turn our attention towards the sudden sound or movement.  It’s a crucial reflex to have for survival in the wild, and television exploits it in a way that work great for TV, but not at all for viral video.

Television has learned to keep us watching by triggering our orienting response as often as several times per second, for hours at a time, and as a result, once we start watching, the powerful primitive part of our brain where the orienting response resides will urge us to keep watching virtually forever.

Ever wondered why it’s often so hard to reach for the remote to turn off the TV?  It’s television’s constant triggering and re-triggering of your orienting response.

But studies of TV watchers also show that constantly stimulating the orienting response also makes viewers passive.  And while that’s exactly what you want if your goal is to keep your viewers watching hour after hour,  putting your them in a passive mood is a problem when your goal is to get viewers to take the active step of telling their friends about what they’ve just seen.

To go viral online, if all you do is hold our attention , you’ve failed.

In viral video, your job isn’t to keep viewers from changing the channel, it’s to get them to stop what they’re doing and tell their friends.   Unlike TV, viral video is about sharing – and that makes it different from every other kind of moving picture ever made.

To go viral, you have to get your audience actively engaged, and production techniques that make your audience passive work directly against active engagement.

If you want to make videos that lead to sharing, you need to forget the production tricks of television and film and instead make videos that create a direct, emotional connection with your audience. It’s only then that you can get people to stop what they’re doing and share your video with their friends.